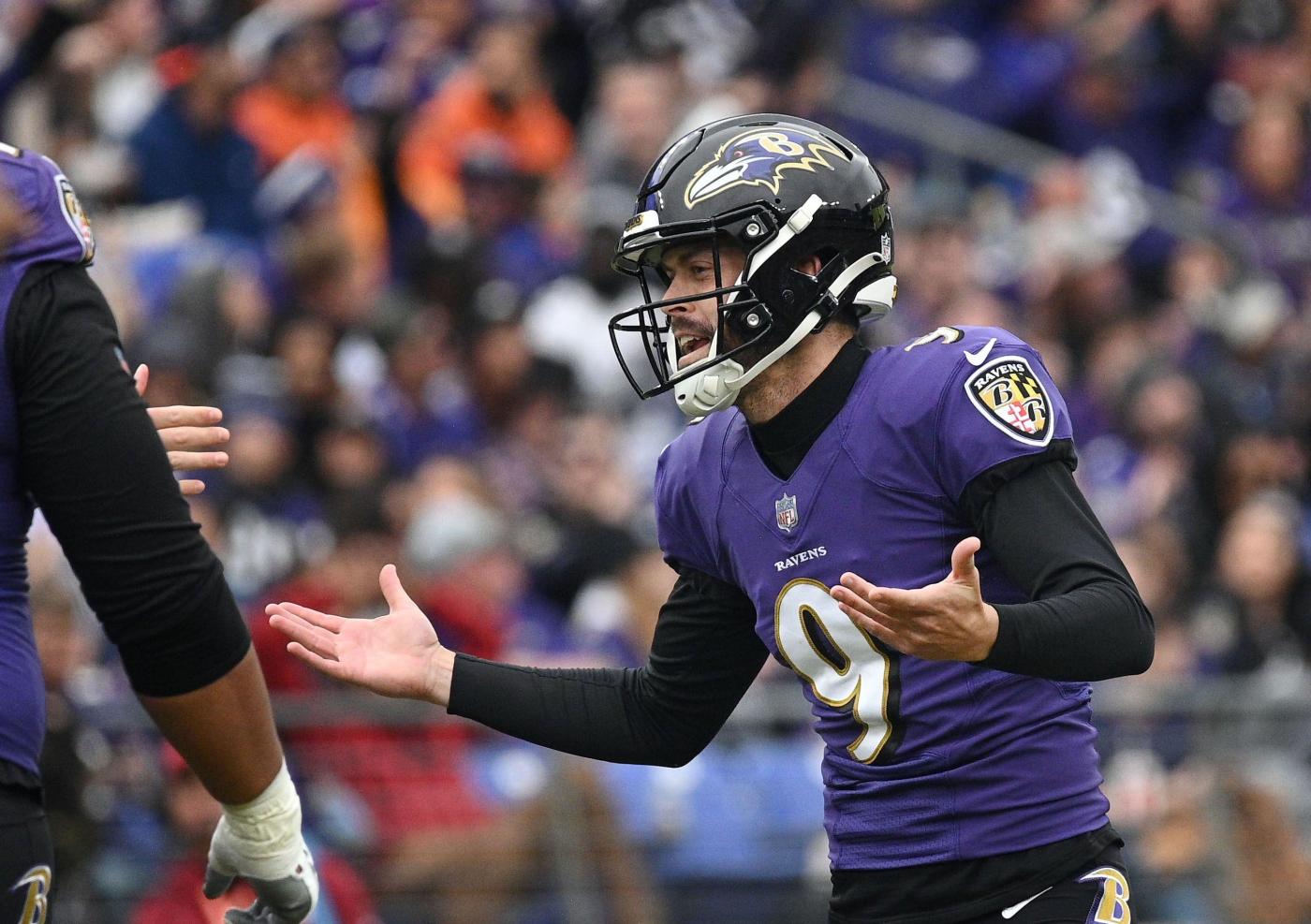 The Ravens are slight road favorites over the Tampa Bay Buccaneers ahead of their “Thursday Night Football” matchup, according to Las Vegas sportsbooks.

After a narrow home win Sunday over the Cleveland Browns, the Ravens (4-3) are favored by 1 1/2 points in the Week 8 game at Raymond James Stadium. The Buccaneers (3-4), whose stunning 21-3 road loss to the Carolina Panthers was their fourth defeat in the past five games, have been favored in every game this season.

Tampa Bay was a one- to three-point favorite in the hours after its blowout loss Sunday, but the line has swung sharply in the Ravens’ favor since. The Buccaneers will likely be without Pro Bowl defensive back Antoine Winfield Jr., who has a concussion, coach Todd Bowles said Monday. Wide receiver Russell Gage, who suffered a hamstring injury against the Panthers, is undergoing an MRI, leaving his game status uncertain.

The Ravens lead the all-time series 4-2, with wins in four straight games. In their last matchup, a 2018 meeting in Baltimore, Ravens quarterback Lamar Jackson, then a rookie, passed for 131 yards and ran for 95 in a 20-12 win. Thursday’s game is the Ravens’ first against quarterback Tom Brady as a Buccaneer.

The over-under for the game is 45 points.

How to watch Thursday’s game

Thursday night is the first Ravens game this season to be streamed on Amazon Prime, but it will also be viewable on WMAR (ABC/Ch. 2) in the Baltimore market.