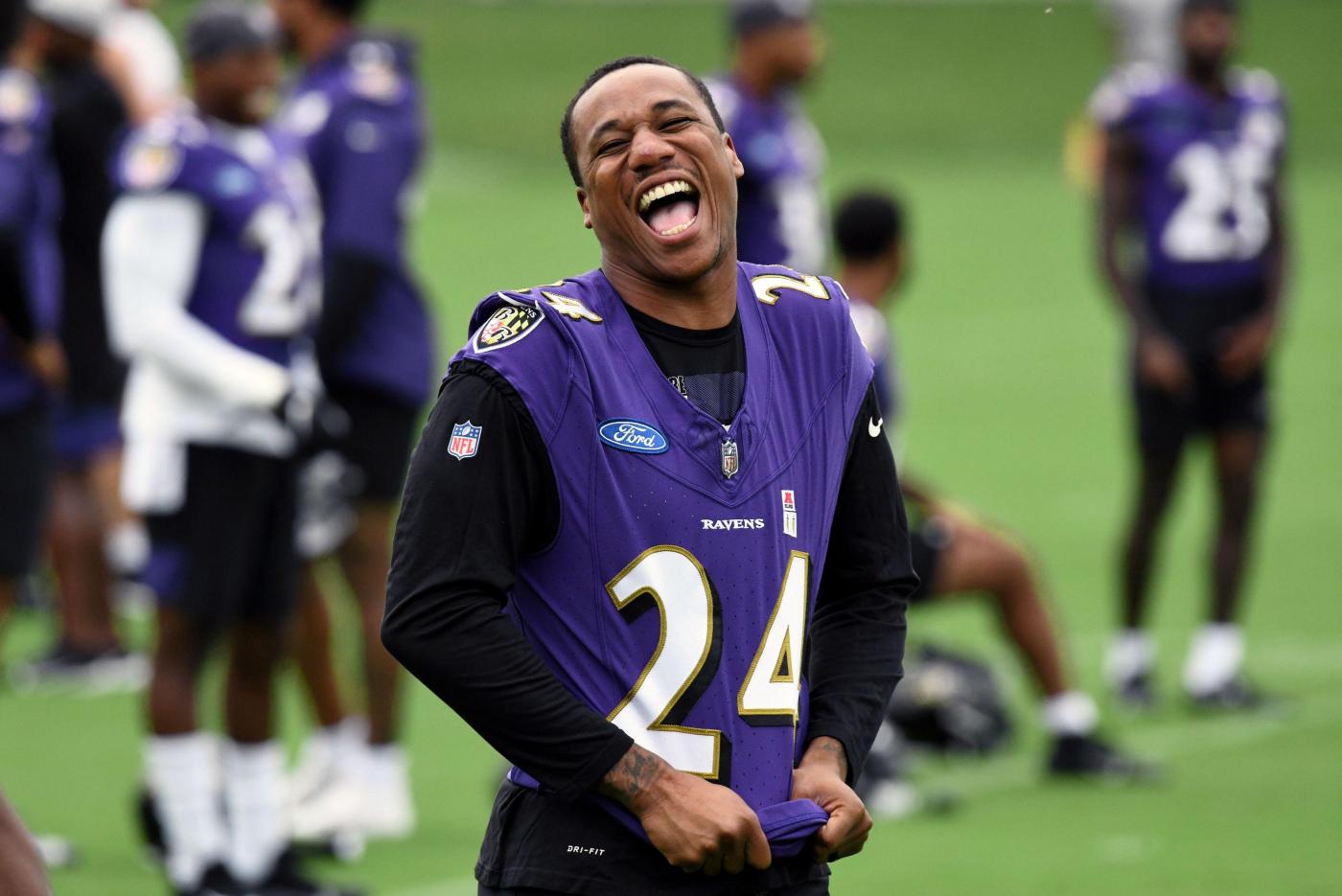 Ravens veteran cornerback Marcus Peters, who missed the entire 2021 season with a torn ACL, and safety Ar’Darius Washington (foot) returned to practice Monday, trimming the number of players on the team’s physically-unable-to-perform list down to three.

Peters passed his physical, participated in individual drills for an hour and worked with a trainer as he works his way back from a knee injury he suffered last September. Before the injury, Peters only missed five games in six seasons.

Washington, an undrafted free agent in 2021, only played in three games as a rookie.

“Marcus is in a good place,” coach John Harbaugh said. “Ar’Darius Washington was back today. It was good to see that. We have a plan for each guy. Everybody has their own plan, so we try to bridge them back from the rehab part of it to the practice part.”

“[Peters] is a big dog. He’s been making a lot of plays in the NFL,” he said. “Being a rookie, I look up to the great guys that make plays. It was cool having him back and seeing him move around.”

Peters, who is in the final year of his three-year, $42 million contract extension he signed in December 2019, was traded to the Ravens from the Los Angeles Rams midway through the 2019 season. A first-round pick by the Kansas City Chiefs in 2015, Peters is a three-time Pro Bowl selection and a two-time first-team All-Pro, and he leads the NFL in takeaways (39), interceptions (31), interception return yards (814) and defensive touchdowns (seven) since his debut.

In 2020, he started in 14 games, totaling 52 tackles, four forced fumbles and a team-best four picks.

“When you would ask him about it, he would be like, ‘when I’m ready, I’m ready. I’m not going to put a date on it. I’m going to let my body talk to me,’” Campbell said. “This team is very talented, and we got a whole lot better with him on the field.”

Harbaugh declined to comment on whether starting quarterback Lamar Jackson will play in Sunday night’s road preseason matchup against the Arizona Cardinals. “Let’s leave that for a couple of more days,” he said.

Jackson was among 32 players who sat during the preseason opener against the Tennessee Titans. When Harbaugh was asked if he would continue to sit out players, he said: “It’ll be the same for some guys and more for other guys.”

>> Harbaugh, donning an Orioles cap, couldn’t contain his excitement for the O’s, who are 1 1/2 games out of the final wild-card spot. He said loved the way they are playing and has a lot of respect for the players and manager Brandon Hyde.

“They are fun to watch,” Harbaugh said with a smile. “They have young pitching, they’re never out of it [and] always fighting. It’s exciting baseball, so go Orioles.”

>> The Ravens reportedly cut running back Corey Clement and cornerback Robert Jackson. Clement was signed by Baltimore a day before training camp began after he spent last season with the Dallas Cowboys. Jackson played in five games (43 snaps) in 2021.