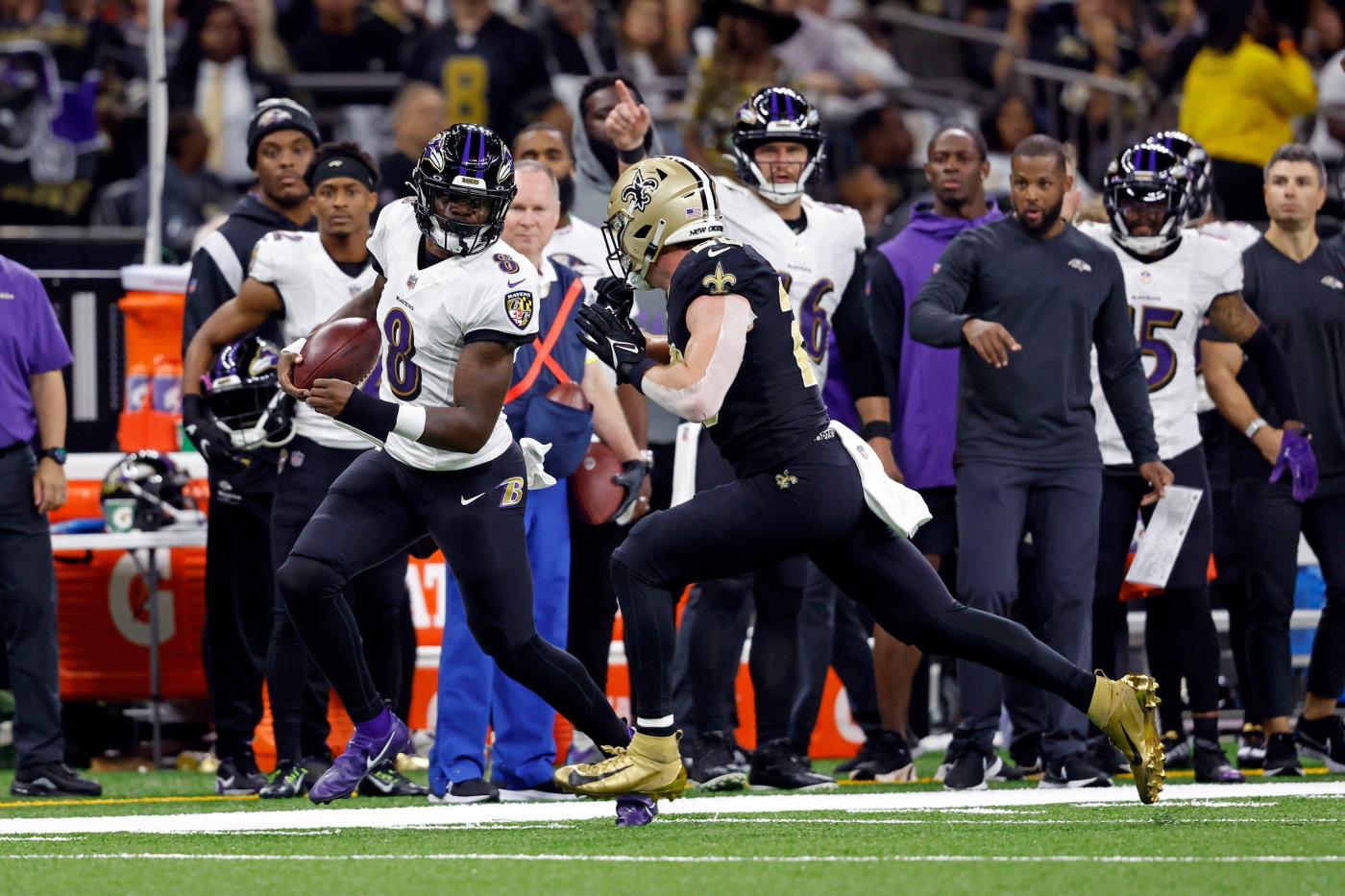 It was an eventful Monday night for Ravens quarterback Lamar Jackson.

After throwing his 100th career touchdown pass in the first quarter to give Baltimore a 7-0 lead over the New Orleans Saints, Jackson moved into fifth in NFL history for rushing yards by a quarterback.

According to ESPN Stats and Information, Jackson is the second player in NFL history to record 100 touchdown passes and 20 rushing touchdowns before turning 26 years old, joining the Buffalo Bills’ Josh Allen.

Playing without top wide receiver Rashod Bateman, star tight end Mark Andrews and running backs Gus Edwards and J.K. Dobbins, Jackson carried the offense early against the Saints. He hit rookie tight end Isaiah Likely for a 24-yard touchdown pass in the first quarter on a designed rollout and nearly connected with Josh Oliver for another score in the third quarter, but the ball was thrown slightly behind the tight end.