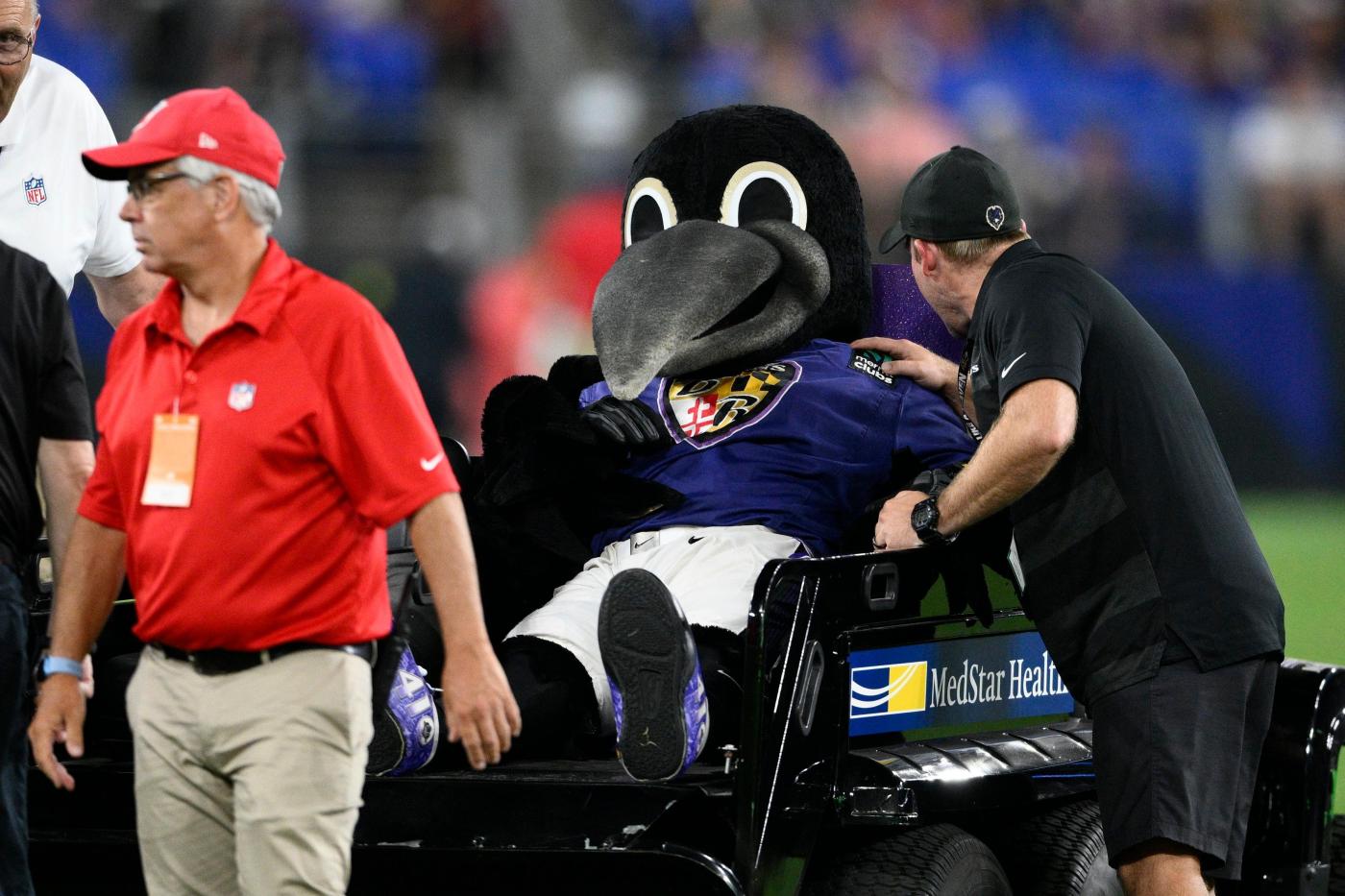 Just over a week before their season opener, the Ravens need a new mascot.

Poe, who was carted off the field at halftime of the Ravens’ third preseason game against the Washington Commanders on Saturday after suffering an apparent knee injury, was placed on season-ending injured reserve, coach John Harbaugh announced at a faux news conference Thursday.

Poe was one of several mascots to compete in an exhibition game against an Amateur Athletic Union team from Baltimore, with the Oriole Bird also making an appearance and catching a touchdown pass. Poe, who played quarterback, was injured while scrambling to his right before being sacked from behind. The start of the second half was nearly delayed as Poe was attended to by team trainers.

On Monday, the Ravens shared an update from Poe on Twitter.

“Thanks for all your concerned tweets,” the tweet read. “Poe took some damage to his drumstick and ruffled some feathers last night during his Mascot Classic. We’ll continue to share updates on Poe’s status, but he’s resting comfortably in his perch awaiting further test results.”