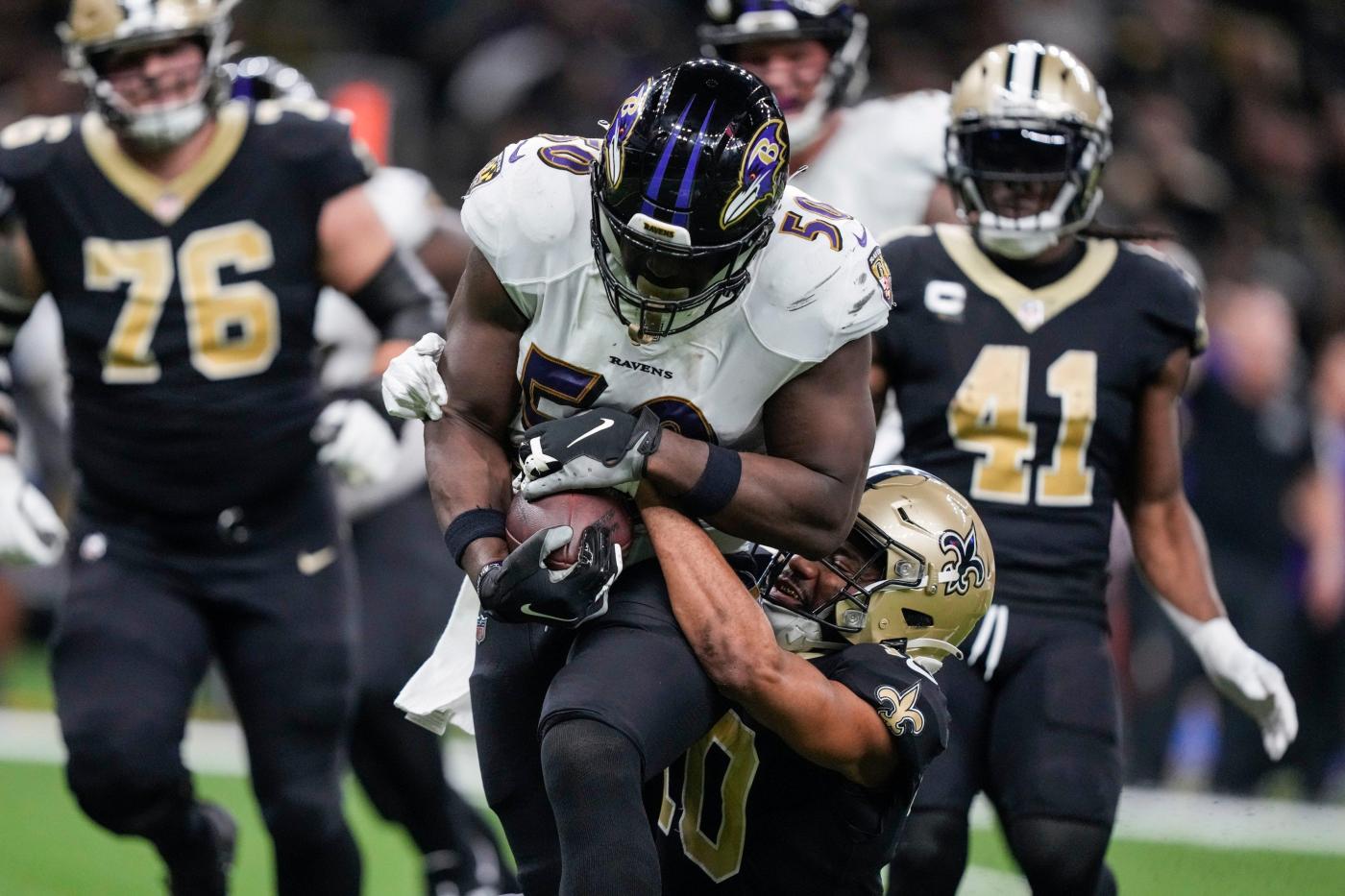 Ravens outside linebacker Justin Houston, in the middle of a historic pass-rushing stretch, was named AFC Defensive Player of the Week on Wednesday.

Houston became the first player in Ravens history with three straight multi-sack games after he finished with 2 1/2 takedowns of New Orleans Saints quarterback Andy Dalton on Monday. He also added an interception in the 27-13 win.

Houston has 8 1/2 sacks in just six games this season, tied for second most in the NFL this season with the San Francisco 49ers’ Nick Bosa and Minnesota Vikings’ Za’Darius Smith. Only the New England Patriots’ Matthew Judon, a former Raven like Smith, has more (11 1/2).

“I feel like Justin is having a great year at this stage in his career,” coach John Harbaugh said Tuesday. “To me, it’s a credit to him in so many ways, but it’s a credit to him in the sense that he really worked hard. One thing I learned, as you get older … you have to work that much harder just to stay the same. Just to be able to play, to stay healthy and to be able to perform. He did that; he really put the work in.”

Houston’s the first Raven to receive the award since outside linebacker Odafe Oweh was honored after Week 2 last season.