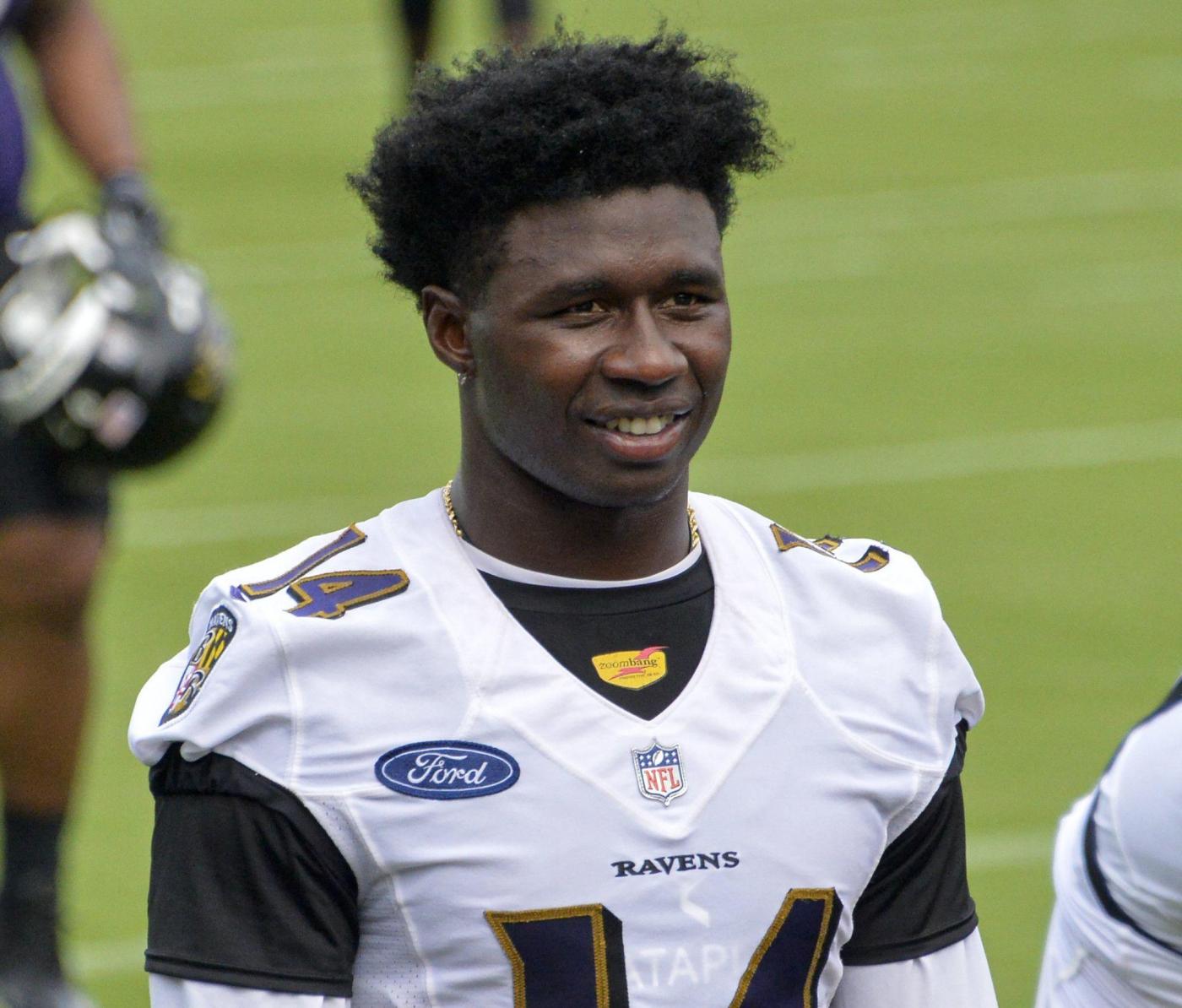 The Ravens placed wide receiver Devin Duvernay on injured reserve Tuesday, leaving the offense without a key weapon as it heads into a crucial late-season stretch.

Duvernay, who injured his foot at Tuesday’s practice, will miss the Ravens’ final three regular-season games and at least one potential playoff game. He limped off the field with a staff member after special teams drills ended Tuesday. It was unclear what led to the injury.

Just hours after his exit, the Ravens reunited with Sammy Watkins, claiming the veteran wide receiver off waivers as they continue their push for an AFC North title. Watkins, 29, had 13 catches on 22 targets for 206 yards in nine games (three starts) this season for the Green Bay Packers. He was released Monday and placed on waivers.

Still, replacing Duvernay won’t be easy. He set career highs in catches (37), receiving yards (407) and receiving touchdowns (three) this season, though Duvernay’s production has waned since top wide receiver Rashod Bateman suffered a season-ending foot injury in October. As a runner, the 2020 third-round pick has 12 carries for 84 yards and a touchdown, and is often involved in run fakes in coordinator Greg Roman’s rushing attack.

Duvernay’s also the team’s starting punt returner, for which he earned All-Pro honors last season, and kick returner. He returned a kickoff for a touchdown against the Miami Dolphins in Week 2.

With Duvernay sidelined, three of the four wide receivers the Ravens have drafted over the past three years are now on IR. Bateman, a 2021 first-round pick who missed the Ravens’ first five games last year with a groin injury, was shut down after just six games this season. Tylan Wallace (hamstring), a fourth-round pick in 2021 who has just five career catches, was placed on IR earlier this month. Only James Proche (25 career catches) has avoided a significant injury.

While the Ravens’ quarterback situation remains uncertain entering Saturday’s game against the Atlanta Falcons — starter Lamar Jackson has yet to practice since suffering a Week 13 knee injury — Watkins has at least a familiarity with the team’s offense. He signed a one-year, $6 million contract with the Ravens before the 2021 season, finishing with 27 catches for 394 yards and a touchdown.

The Ravens, coming off a 13-3 loss Saturday to the Cleveland Browns, are searching for a jolt on offense. Their passing attack has struggled since returning from their Week 10 bye, especially since backup Tyler Huntley took over for Jackson. Now the team could have to lean even more on wide receivers Demarcus Robinson and DeSean Jackson and tight ends Mark Andrews, Isaiah Likely and Josh Oliver over the regular season’s final weeks.