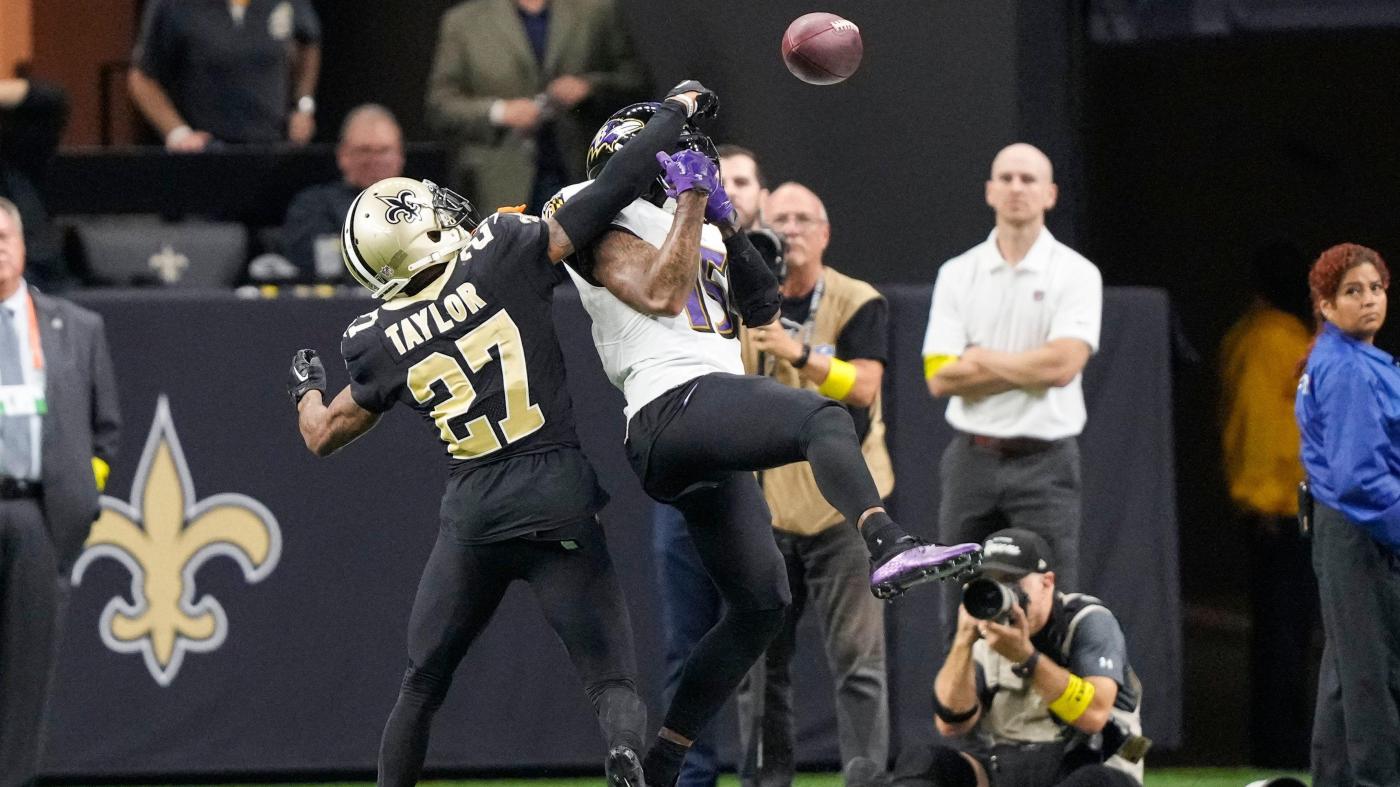 Ravens wide receiver DeSean Jackson left Monday night’s 27-13 win over the New Orleans Saints with a hamstring injury and did not return in his Baltimore debut.

The 35-year-old, who was signed to the practice squad last month, saw his first action of the season with a 16-yard catch in the first quarter. However, the team announced in the fourth quarter that he was questionable to return, and he did not see any more action. Jackson, who was drafted in 2008 by the Philadelphia Eagles and is a three-time Pro Bowl selection, was targeted twice in the Ravens’ third straight victory.

The Ravens have their bye week next week, and coach John Harbaugh did not indicate that Jackson’s injury was serious.

Jackson is one of several receivers seeking to provide depth to Baltimore’s depleted pass-catching ranks. Tight end Mark Andrews (knee/shoulder) did not play Monday and the Ravens said last week that wide receiver Rashod Bateman (foot) would have season-ending surgery.

Without some key offensive weapons, Ravens quarterback Lamar Jackson spread the ball around Monday. He completed 12 passes to 10 different receivers, with no player notching more than two receptions.