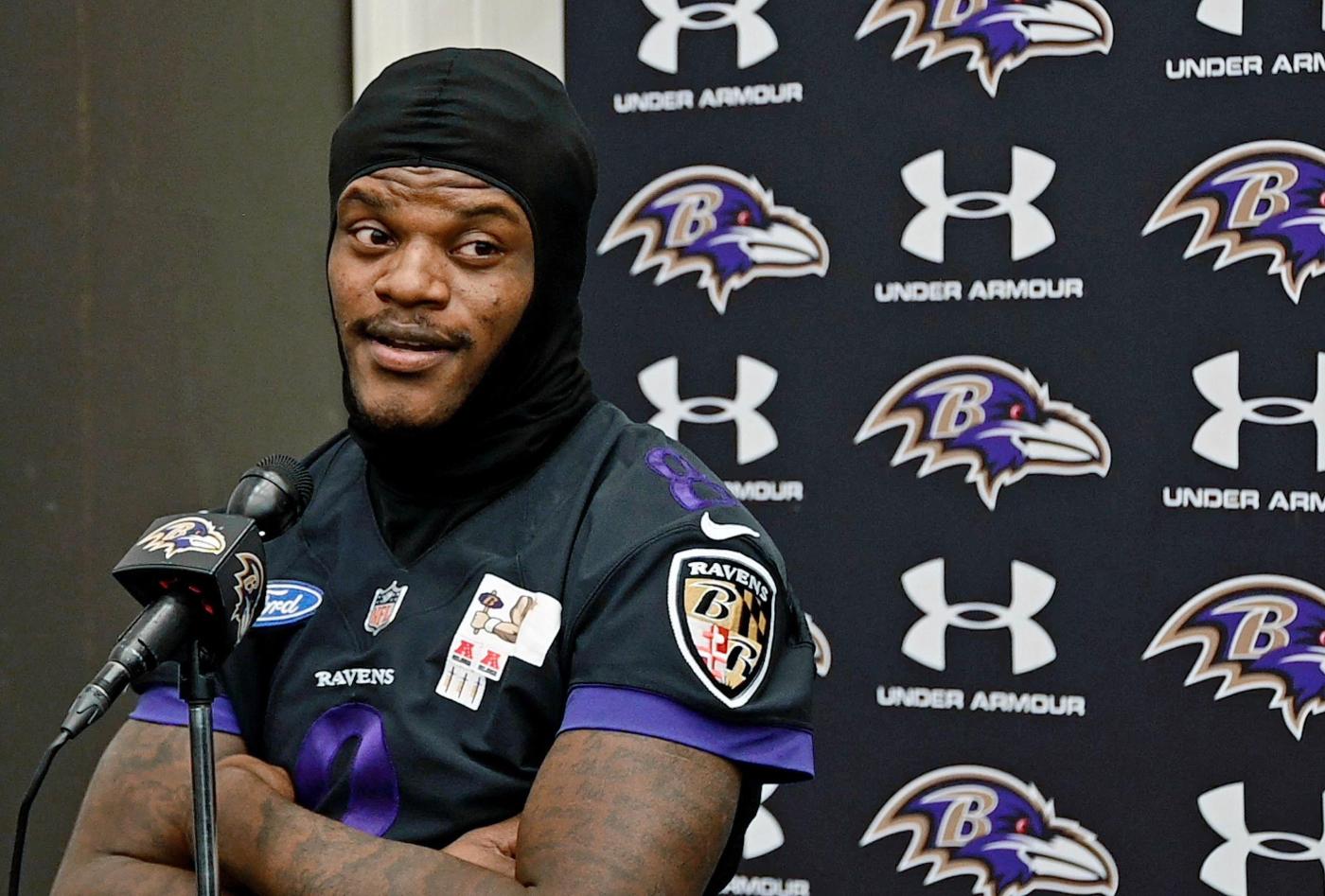 Ravens quarterback Lamar Jackson said Friday that he “wasn’t thinking about actions” when he wrote a “bitter” reply to a fan on Twitter after Sunday’s loss to the Jacksonville Jaguars.

Jackson later deleted the viral tweet, which told a fan questioning his value to “STFU” — “shut the [expletive] up” — and included a vulgar insult. He said Friday that he hadn’t reached out to the fan but that he apologized “if I hurt feelings out there.”

“I was mad,” said Jackson, who was coming off a last-minute 28-27 loss in Jacksonville in which the Ravens gave up another late lead. “I was mad after the game, and when I got onto social media, that was the first thing I saw. And I’d just busted my behind — my whole team did, coaches did, and that’s what I saw. And I just reacted to it. My bad. My bad.”

Coach John Harbaugh said Monday that he met with Jackson to discuss his “out of character” tweet, which had been retweeted thousands of times before he took it down Sunday night, at his girlfriend’s urging.

“My girlfriend was like, ‘I think you should delete it,’” Jackson said. “I’m like, ‘All right.’ Because I don’t know if I hurt somebody’s feelings. So I did. That’s just what it was. That’s why I deleted it.”

Jackson said he wasn’t mad at the fan, who’d questioned whether the Ravens should commit financially to him and urged the front office to not re-sign him in free agency and instead “spend that money on a well rounded team.” Jackson said he has “got to love” — and joked that he “won’t say nothing on Twitter,” where he has over a million followers.

“Don’t say what I said, because it’s kids watching,” he said. “I don’t need the kids saying that. But it’s just watch what you say. Try to stay off Twitter, if anything, if something like that happens again. Hopefully, we’re not losing anymore.”

Jackson spoke Friday, two days later than his typical midweek availability, after leaving practice early on Wednesday to treat a quadriceps injury. He said he was kneed in the quad Sunday but that he was “good now, though.”