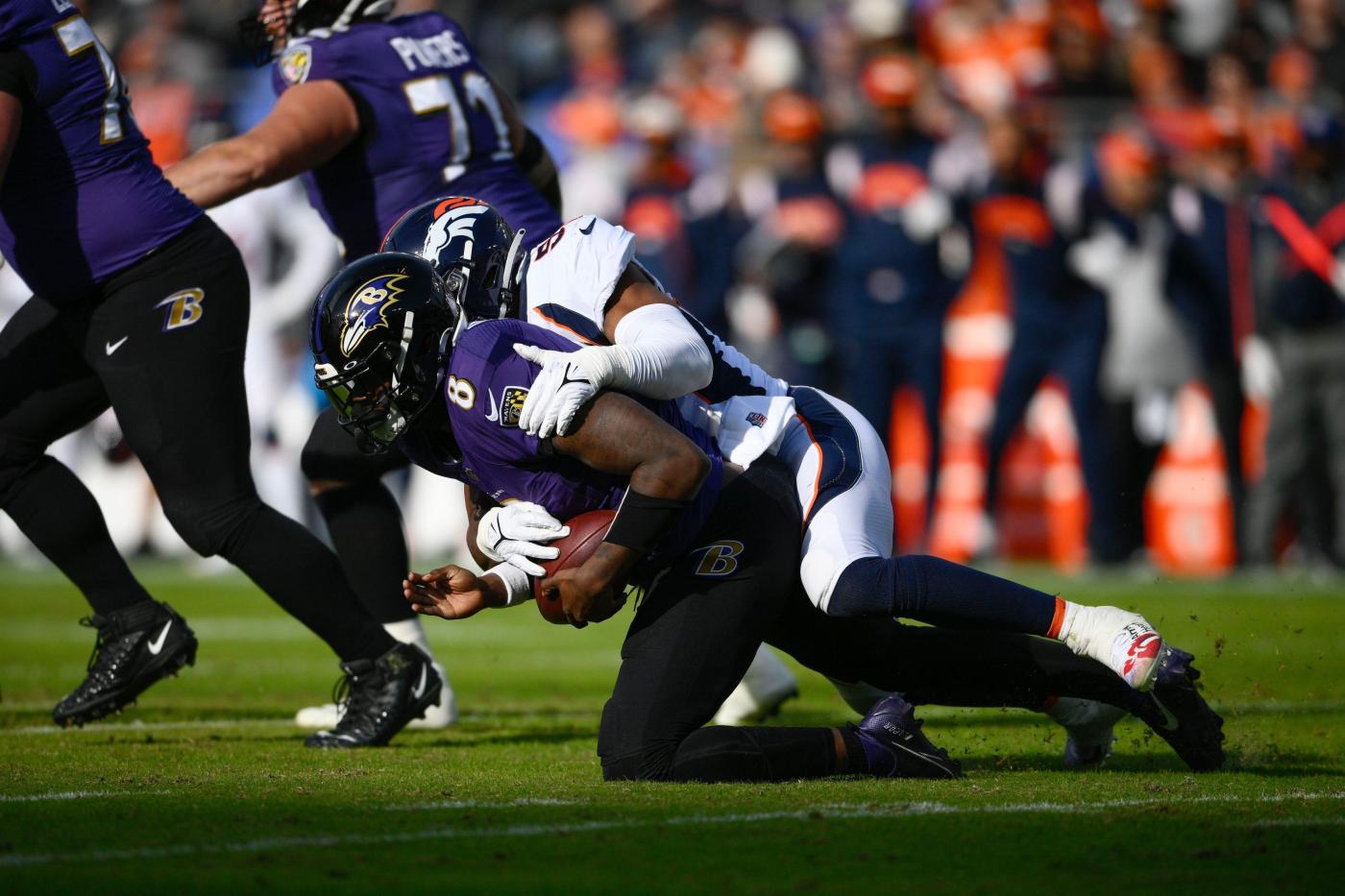 Ravens star quarterback Lamar Jackson exited Sunday’s home game against the Denver Broncos with a knee injury and is listed as questionable to return.

Jackson left the game after being sacked by Denver outside linebacker Jonathon Cooper with 14 seconds left in the first quarter. Backup quarterback Tyler Huntley replaced Jackson to start the second quarter.

Jackson was taken into the blue medical tent for evaluation before heading to the locker room. CBS cameras showed the 2019 NFL Most Valuable Player walking with a slight limp down the hallway underneath M&T Bank Stadium.

Jackson has dealt with an illness, a hip injury and a quad injury over the past three weeks but hadn’t missed an offensive snap this season until Sunday.