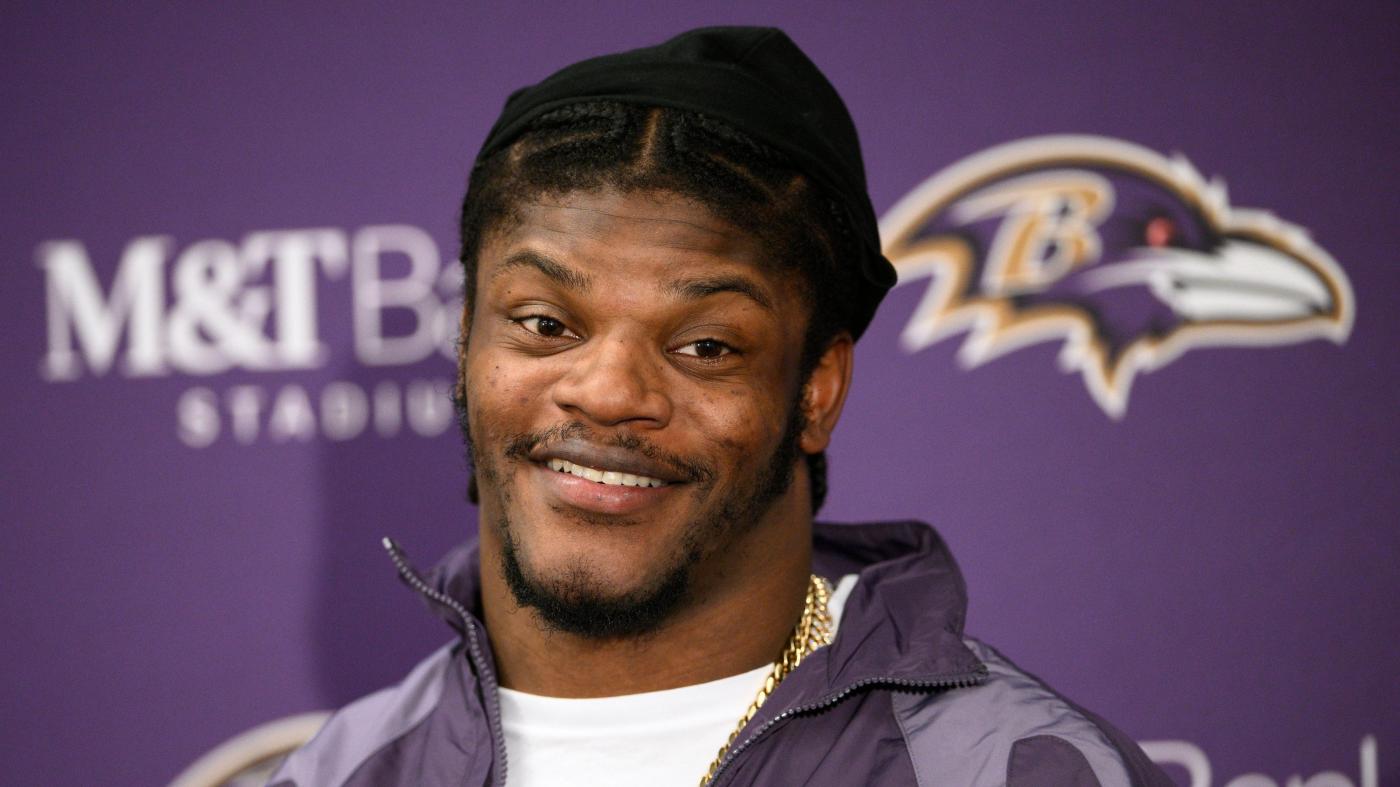 Three days after returning from illness to start in Sunday’s win over the Carolina Panthers, Ravens quarterback Lamar Jackson missed practice Wednesday with a hip injury that’s not expected to sideline him for Sunday’s game against the Jacksonville Jaguars.

Coach John Harbaugh said after practice that Jackson was dealing with “an issue from the game” against Carolina, which he declined to specify. Jackson was listed on Wednesday’s injury report with a hip injury, which also limited him in one practice before the Ravens’ Week 7 win over the Cleveland Browns.

“He’s going to play in the game,” Harbaugh said. “But I just wanted to hold him back and let him rest today.”

Jackson, sidelined at Friday’s practice by what he said was a stomach bug, played every offensive snap for the Ravens on Sunday. There was no indication he was hurt in the 13-3 victory, the team’s fourth straight win.

“I think that, obviously, Snoop [Huntley] has learned a ton from Lamar, and he’s an incredible player,” tight end Mark Andrews said Wednesday. “I think you guys have seen that time and time again. So we get very good looks with both quarterbacks” in practice.

As Jackson was missing Wednesday, more defensive help arrived. Safety Marcus Williams, the team’s top free-agent signing this offseason, was back at practice after being designated to return from injured reserve. Williams dislocated his wrist in a Week 5 win over the Cincinnati Bengals and appeared to be wearing a splint on his left hand Wednesday. The Ravens have 21 days to activate him to their 53-man roster.

“He looked good,” Harbaugh said, indicating that Williams was limited to individual drills. “He moved well. It’s his wrist. I think we’ve just got to get him back moving, get him back in shape, and he’s got a week or two of all that before he’ll be ready to go. But the main thing is, the wrist will heal. We just need to make sure he’s in football shape.”

Despite playing in just five games, Williams is tied with cornerback Marlon Humphrey for the team lead in interceptions (three). Safety Geno Stone has filled in capably for Williams next to defensive leader and fellow starting safety Chuck Clark, playing every defensive snap over the past four weeks.

Williams, who signed a five-year, $70 million contract in March, has 33 tackles (one for loss), five passes defended and one fumble recovery this season.

“He’s an All-Pro-type guy, so anytime you can have a guy like that, it just makes it that much more dynamic,” Andrews said. “I don’t really know what’s going on with that whole [safety] situation, but if he’s getting back, I’m excited about that.”

“As the course of the season goes, we’re getting more guys back from injuries,” said Clark, who indicated that he was fine despite an apparent rib injury Sunday. Clark said the defense could be “fully loaded heading into the playoffs if we stay on the path that we’re on.”

Practice squad wide receiver DeSean Jackson (hamstring) returned to practice after missing all of last week. The Jaguars (3-7), who are coming off a bye week, reported no injuries Wednesday.

Note: Andrews on Sunday became the third Raven in franchise history to reach 4,000 receiving yards, joining tight end Todd Heap and wide receiver Derrick Mason. Andrews, who has 4,017 yards in his career, is the fifth tight end since the 1970 AFL-NFL merger to post 4,000 receiving yards and 30 touchdown receptions within the first five years of a career. “It’s cool recognition,” he said Wednesday. “I’m just worried about winning. This team, it’s a long road ahead, so I’m excited about the future.”