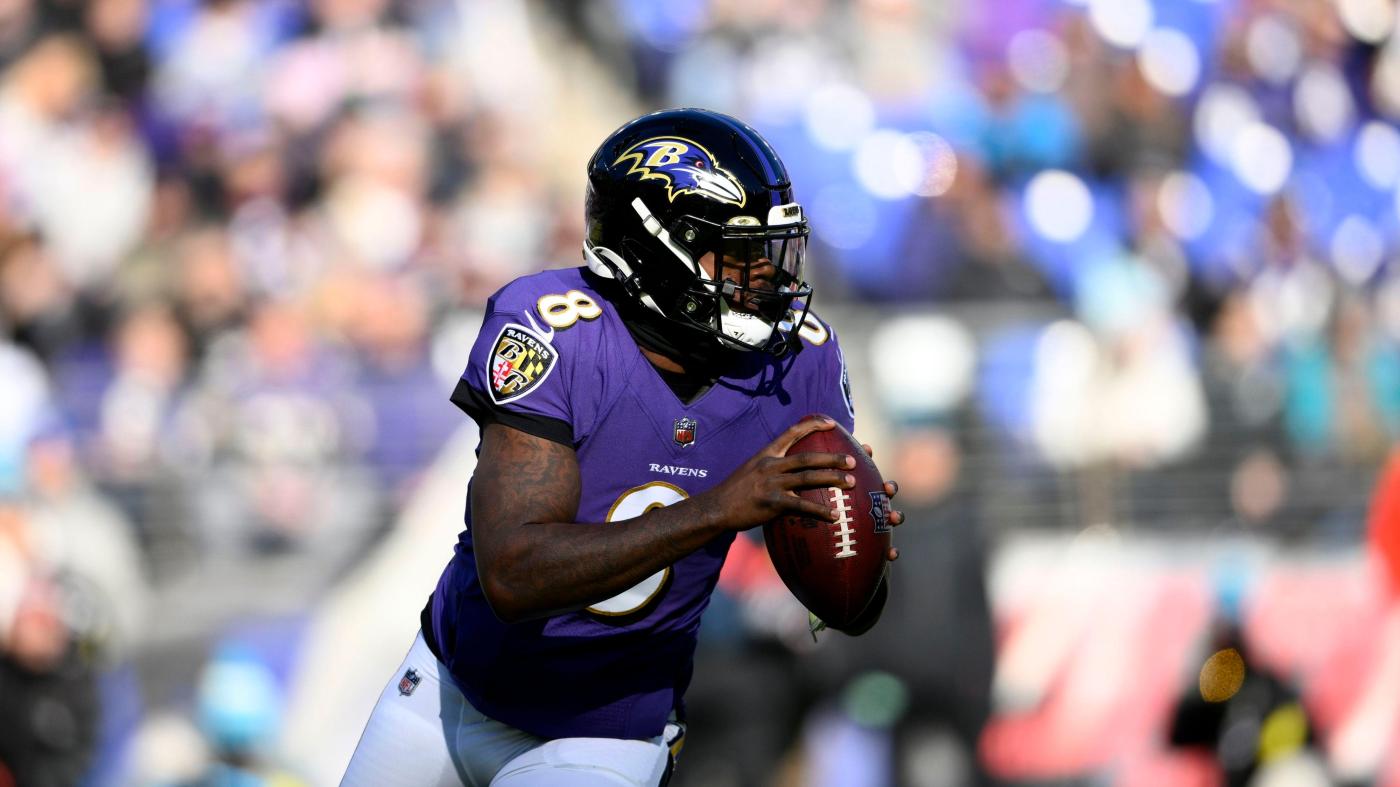 Ravens quarterback Lamar Jackson practiced for a second straight day Friday and will start Sunday against the Jacksonville Jaguars after he was sidelined by a hip injury earlier in the week.

“It’s getting better,” he said after practice, though he did not say how much the injury bothered him during last Sunday’s win over the Carolina Panthers. “We won,” he said.

Left tackle Ronnie Stanley (ankle) and safety Kyle Hamilton (ankle), both injured in the Panthers game, did not participate Friday and have not practiced all week. Stanley was listed as out for Sunday’s game on the Ravens’ final injury report of the week, while Hamilton was listed as questionable.

Patrick Mekari will likely fill in for Stanley as chief protector of Jackson’s blind side, and Brandon Stephens would likely take most of Hamilton’s snaps at nickel back, where the rookie has thrived in recent weeks.

Wide receiver Devin Duvernay (hamstring) and tight end Isaiah Likely (ankle) were both listed as questionable after they were limited participants in practice Friday. Neither had appeared on the injury report earlier in the week.

Wide receiver Demarcus Robinson returned after he missed practice Thursday with a hip injury. He was listed as questionable to face the Jaguars, but coach John Harbaugh said he was “fine.” Robinson was the Ravens’ leading playmaker in their victory over the Panthers, catching nine passes on nine targets for 128 yards.

Running back Gus Edwards (hamstring) practiced in full for the second straight day. He was listed as questionable for Sunday, but Harbaugh said he’s optimistic the team’s top short-yardage threat will play against Jacksonville. “I feel good,” Edwards said. “I had a good week of practice, definitely made a lot of progress. I’m excited, but we’ll see what happens.”

Edwards said his surgically repaired knee, which cost him the first six games of the season, “feels great” but acknowledged the challenge of managing both injuries. He had hoped to play last weekend against the Panthers but realized on the Friday before that, “I wouldn’t have made a difference, the way I was feeling.”