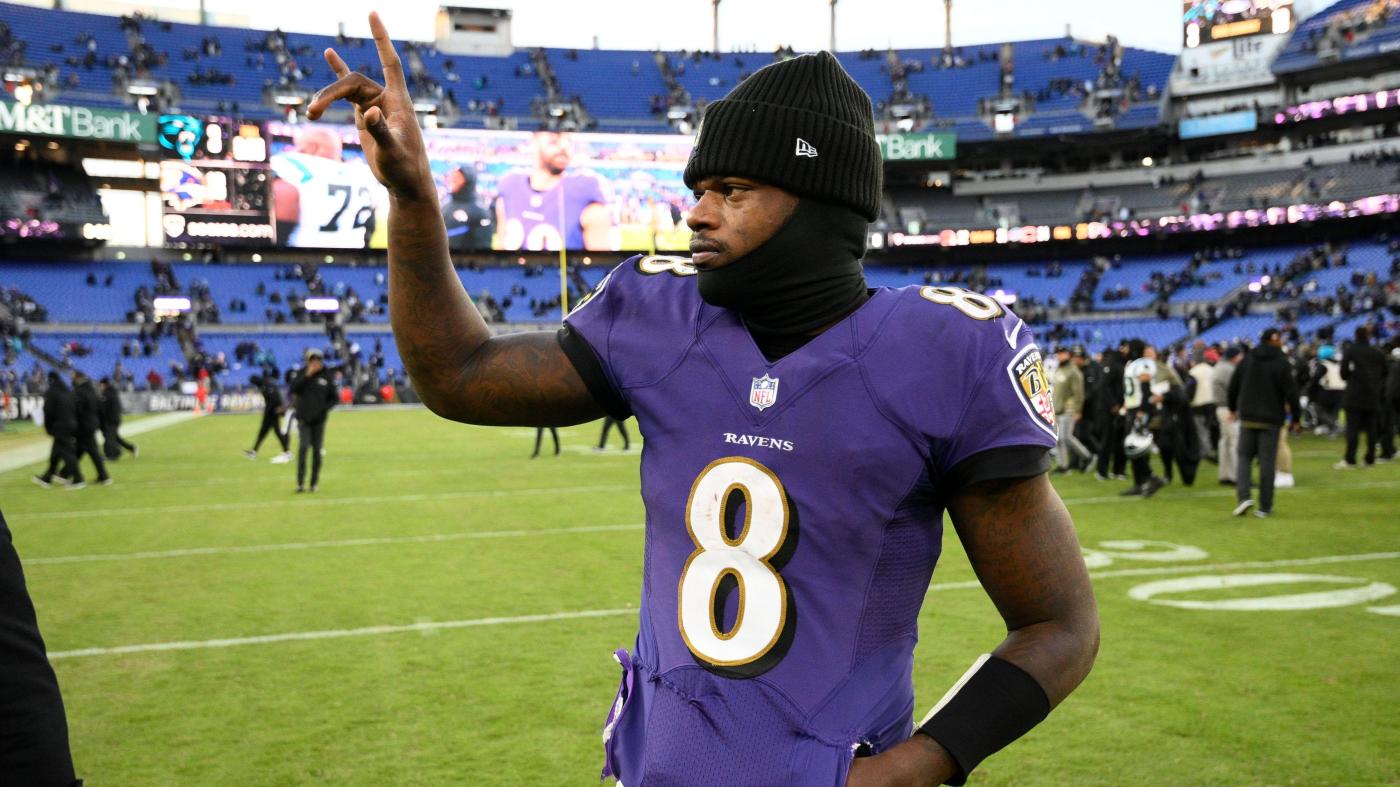 Ravens quarterback Lamar Jackson remains on track to play in Sunday’s game against the Jacksonville Jaguars after returning to practice Thursday as a full participant.

Jackson missed practice Wednesday with a hip injury, but coach John Harbaugh said afterward that the team “just wanted to hold him back and let him rest.” Harbaugh said Jackson, who had a hip “issue” during Sunday’s win over the Carolina Panthers, would be available Sunday in Jacksonville.

Running back Gus Edwards (hamstring/knee) was also a full participant in practice for the first time since leaving the Ravens’ Week 8 win over the Tampa Bay Buccaneers. Edwards has missed the team’s past two games, but Harbaugh was optimistic Monday that he’d play Sunday.

Wide receiver Demarcus Robinson, who had a season-high 128 receiving yards Sunday against Carolina, missed practice Thursday with a hip injury after being a full participant Wednesday.

The Jaguars, who are coming off a bye, reported no injuries.