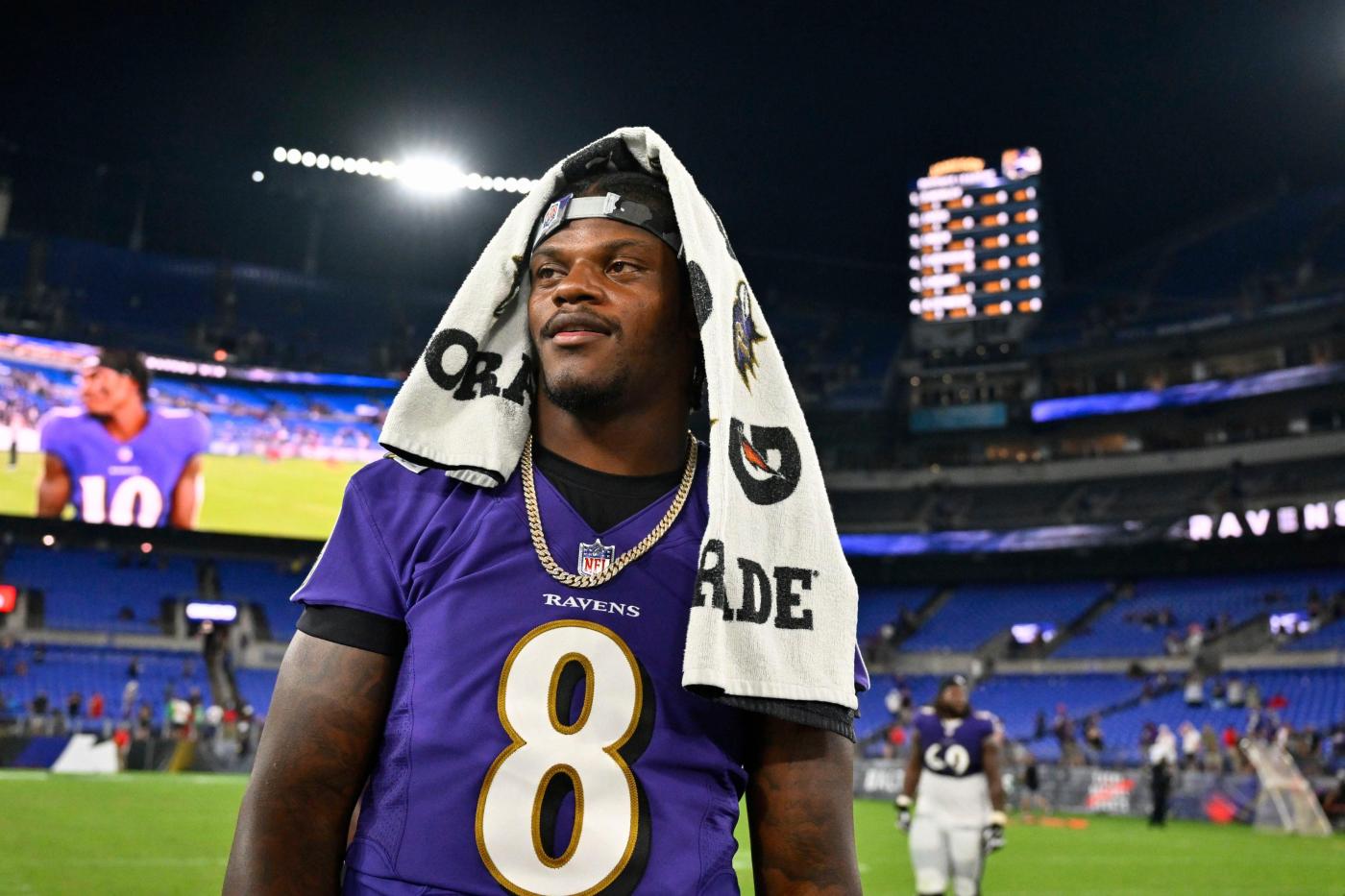 Lamar Jackson does not plan on continuing contract talks into the regular season, he said Saturday, giving the Ravens quarterback and team officials four weeks to agree to a megadeal.

Jackson acknowledged after Saturday’s training camp practice that the deadline for negotiations was “coming up,” adding: “We’re going to be good for the season.” Asked whether he hoped to have contract talks over by Week 1, he said, “Yeah, for sure.”

Jackson, who’s entering the last year of his rookie contract, said there were no updates on negotiations, which ramped up in June. If a deal isn’t reached by next offseason, the Ravens are expected to designate the 2019 NFL Most Valuable Player with a franchise tag, which would keep Jackson in Baltimore at least another year.

Coach John Harbaugh said Jackson is “doing a great job” in camp, and players have said Jackson’s given no indication that the possibility of a record-breaking megadeal is affecting his preparation.

“The business part of it’s the business part of it,” Harbaugh said Saturday. “I’m very confident that’ll get done when it gets done. You can’t really rush it. I don’t think either side wants to rush anything. Both sides want to be happy when it’s all said and done, and probably both sides unhappy, when it’s all said and done, to some degree, right? That’s kind of how it works. But he’s doing a great job. He’s practicing well. He’s a great leader. On the sideline, he’s right into the games. So everything, thumbs up.”

>> Running back J.K. Dobbins, who was cleared to practice in individual drills Monday, missed Saturday’s practice. Harbaugh said Saturday and Sunday were “evaluation” days for Dobbins, who tore his ACL last August, and that he’s expected to return Monday.

>> Defensive lineman Justin Madubuike, who missed Thursday’s preseason win over the Tennessee Titans and Saturday’s practice, is working through headache- and migraine-related pain, Harbaugh said. “You don’t mess around with those too much,” he said.