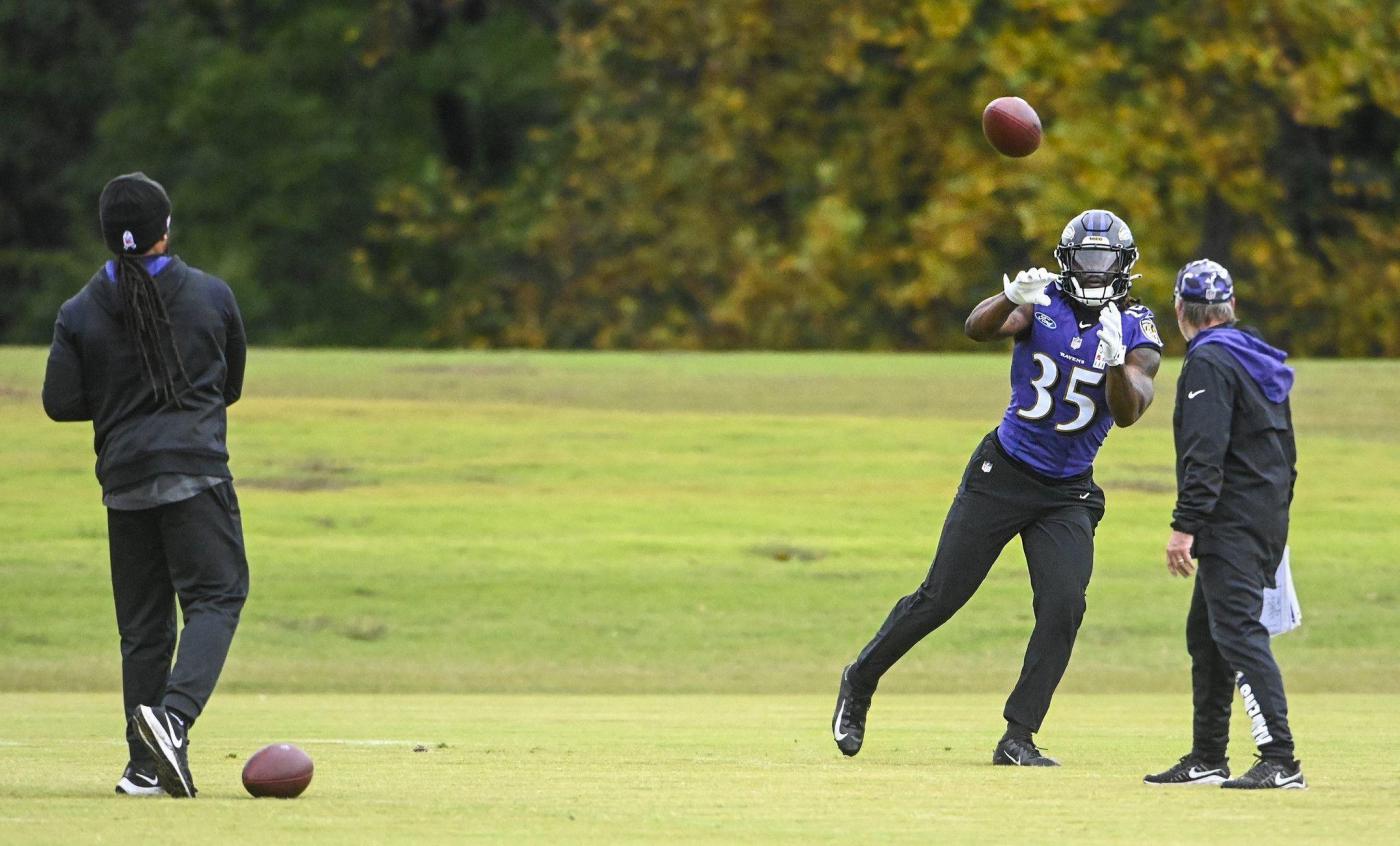 Ravens running back Gus Edwards practiced Wednesday for the first time in over a year, taking another step forward in his recovery from a season-ending knee injury.

Edwards, who started the season on the reserve/physically-unable-to-perform list, was eligible to practice this week after missing the season’s first four weeks. In designating him to return, the Ravens now have 21 days to either activate Edwards to the 53-man roster, move him to season-ending injured reserve or release him.

Edwards, one of the NFL’s most efficient runners over his first three years, tore his ACL before the Ravens’ 2021 season opener. Coach John Harbaugh said in August that Edwards is “kind of a patient rehab guy” but was “doing well” in his recovery. He didn’t have an apparent limp as he jogged through drills in the portion of practice open to reporters.

“Gus looked good,” Harbaugh said after practice Wednesday. “He’s out there. He’s done a really good job with his rehab. He’s worked really hard, and I thought he had a good day. So it’s obviously just the first day back in quite a long time. We’re going to have see where it goes, but it was certainly a good start.”

Top running backs J.K. Dobbins and Justice Hill (hamstring) did not practice Wednesday. Hill’s unlikely to be available for Sunday’s game against the Cincinnati Bengals after getting hurt in Sunday’s loss to the Buffalo Bills, but Dobbins’ day off was planned, Harbaugh said.

Dobbins and Edwards combined for 1,528 yards and 15 rushing touchdowns in 2020, the year before both suffered season-ending knee injuries. Hill, meanwhile, is averaging 6.6 yards per carry this season.

“The sky’s the limit with our offense with those guys back in the backfield,” said quarterback Lamar Jackson, adding that Edwards looked “wonderful” in his return. “We’re just going to have to see. “

Left tackle Patrick Mekari (ankle), who missed all of practice last week and Sunday’s game, returned to the field Wednesday. Justin Houston (groin) remains sidelined, however, as does fellow outside linebacker Tyus Bowser (Achilles), who could be designated to return from the reserve/PUP list this week. Defensive lineman Calais Campbell and cornerback Marcus Peters were also absent Wednesday, possibly for rest days.