Todays Though > News > Ravens RB Gus Edwards ruled out after being evaluated for head injury vs. Bengals – Boston Herald
News

Ravens RB Gus Edwards ruled out after being evaluated for head injury vs. Bengals – Boston Herald 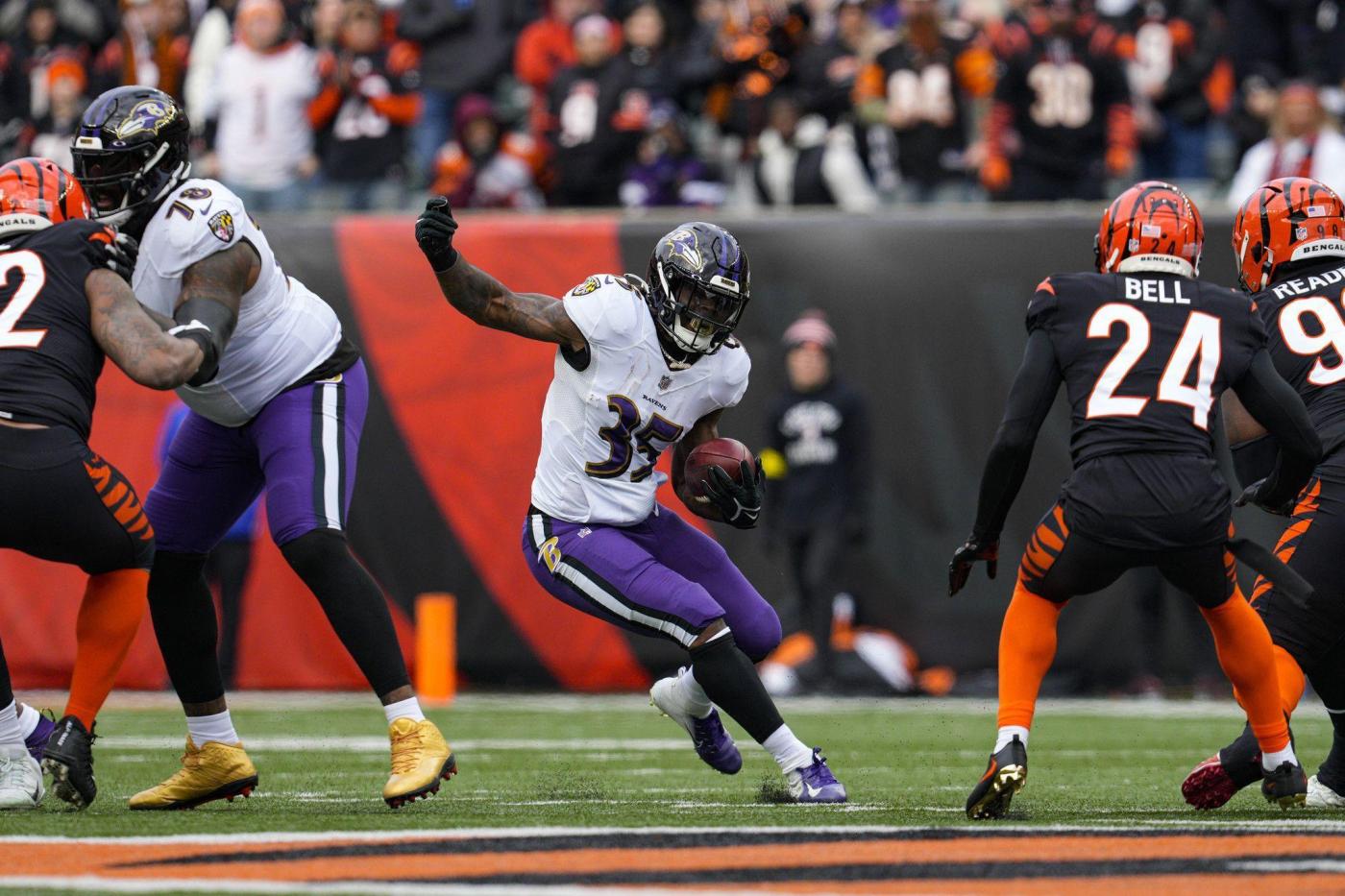 An already depleted Ravens offense is without another important cog Sunday against the Cincinnati Bengals.

Starting running back Gus Edwards was taken to the locker room after carrying the ball for no gain on the final play of the first quarter and was ruled out shortly after halftime after being evaluated for a head injury.

Edwards rushed four times for 16 yards before suffering the injury.

Edwards, who missed the first six games of the season while recovering from a torn ACL he suffered in the 2021 preseason and then three more games after injuring his hamstring in Week 8 against the Tampa Bay Buccaneers, made his fourth start of the season after the team elected to deactivate usual starter J.K. Dobbins before the game. The Ravens likely wanted to preserve Dobbins, who missed the first two games of the season after tearing the ACL, LCL and meniscus in his knee as well as his hamstring in the 2021 preseason finale and then sat out six more games after undergoing arthroscopic surgery in October.

The Ravens had already made tight end Mark Andrews and quarterback Tyler Huntley (tendonitis in right shoulder, right wrist) inactive before the game.