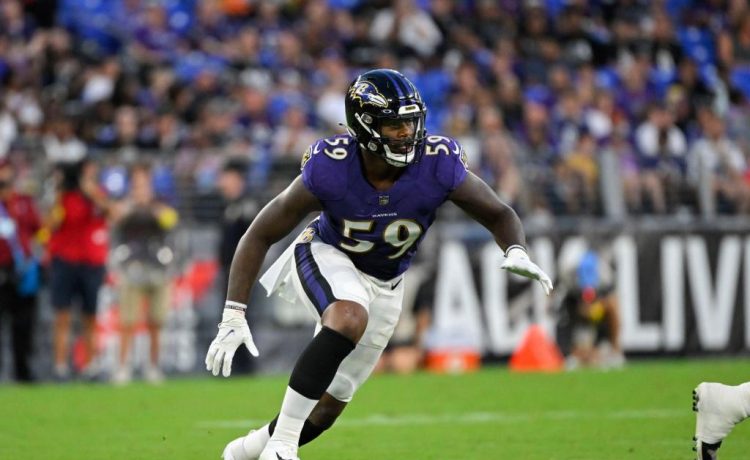 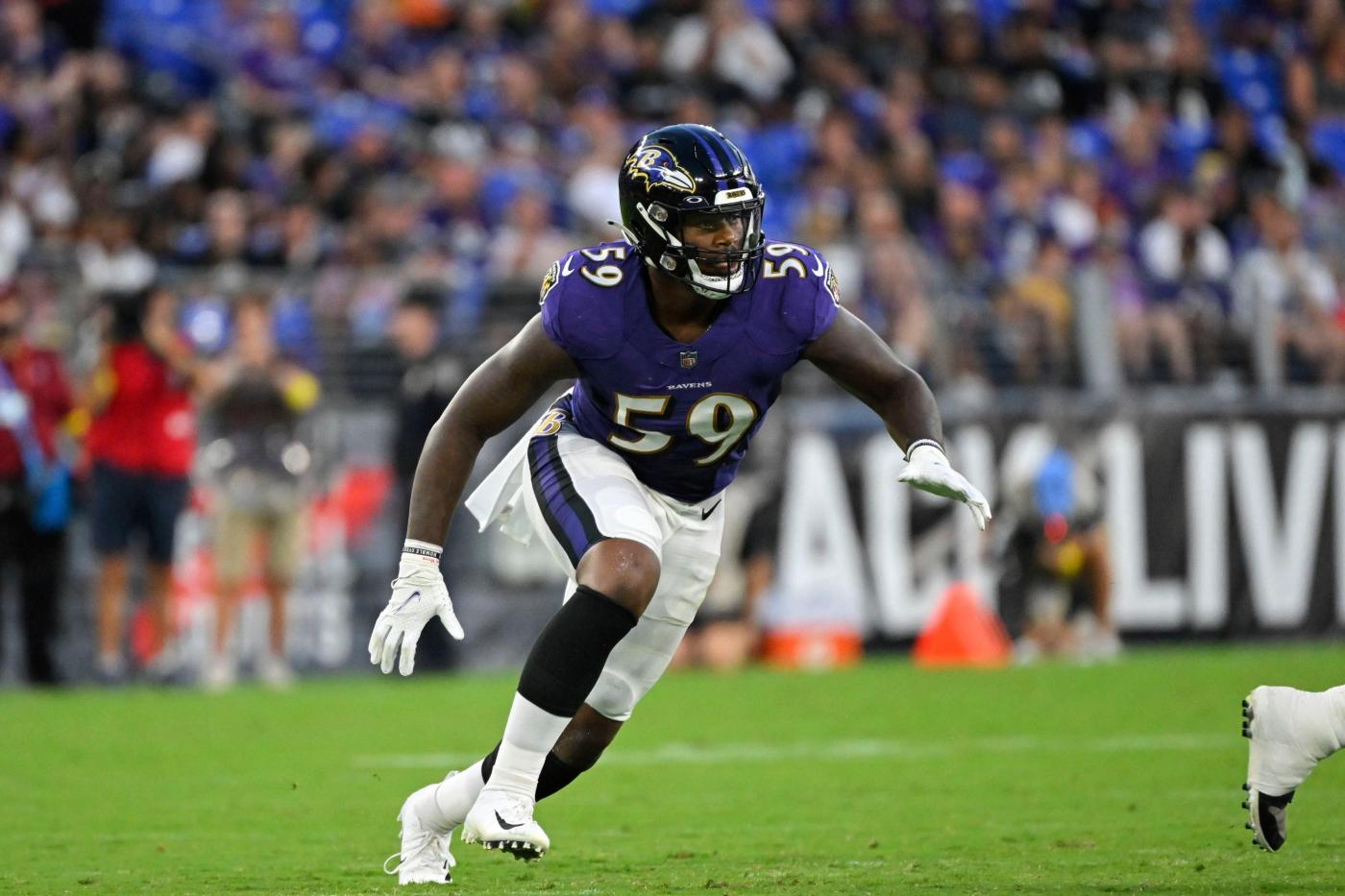 A day before the Ravens trimmed their roster to 53 players, coach John Harbaugh said the team had a plan. He declined to elaborate beyond the basics — positional value, special teams value and practice squad value, he said Monday, were all considerations — but the team’s final wave of cuts seemed unlikely to deviate from a tried-and-true organizational approach.

Other moves, though, broke from tradition and highlighted glaring positional needs. For the second straight year, they waived a draft pick (rookie running back Tyler Badie), a rarity in Baltimore. They waived a young defensive lineman who’d shown pass-rush ability (Isaiah Mack), another rarity in Baltimore. They released a young outside linebacker (Daelin Hayes) and a veteran (Steven Means), leaving the defense with just two healthy players at the position.

General manager Eric DeCosta’s cut-down left the Ravens with an oddly shaped roster that will evolve over the next two days and through Sept. 11, when they open their 2022 schedule against the New York Jets.

On Wednesday, the Ravens can place players such as rookie outside linebacker David Ojabo (Achilles tendon) and tight end Charlie Kolar (sports hernia) on injured reserve, clearing space on their active roster for free agents. Offensive tackle Daniel Faalele, who hasn’t practiced since suffering a lower-body injury in the preseason, could also head to IR, which would sideline him for at least four games.

The Ravens’ replacements could come from their list of cuts Tuesday. Defensive lineman Brent Urban and Means, vested veterans who aren’t subject to waiver claims and can sign with any team, are expected to rejoin the team.

The Ravens are also reportedly expected to sign running back Kenyan Drake, whom the Las Vegas Raiders released earlier this month. Drake’s signing, pending a physical, could bolster an offense that might be without projected starter J.K. Dobbins (knee) in Week 1. Gus Edwards, who was placed on the reserve/physically unable-to-perform list last week, will miss at least four games.

“Everybody that we have here in this organization, all of them, throughout this training camp, through [organized team activities], they put in a lot of hard work,” tight end Mark Andrews said after practice Tuesday. “We have a lot of great players and a deep, deep team. This is a tough day, but it’s also a culmination of all the hard work that people put in.”

Still, there were surprises. Oliver, who was quiet in training camp and had five catches for 58 yards in the preseason, at one point seemed behind even Tony Poljan in the Ravens’ pecking order at tight end. His inclusion means the team will enter the season with four tight ends and one fullback available, equaling the five wide receivers on its initial roster.

Colon, another apparent long shot, made the team for the second straight year. The Ravens, who’d expected to settle on 10 offensive linemen by the end of the preseason, ultimately kept 11, perhaps as a precaution. Left tackle Ronnie Stanley, who passed his physical Friday, has yet to practice, leaving him increasingly unlikely to be ready for the season opener.

Ross’ strong preseason sealed his roster spot and extended the Ravens’ run of success with undrafted rookies; they’ve now had at least one make their initial 53-man roster in 18 of the past 19 seasons. But the Michigan product’s ascent didn’t ultimately hurt Welch. The third-year inside linebacker, who leads all returning Ravens in 2021 special teams snaps, is one of five players at the position.

Mack’s release Tuesday was announced just over an hour after assistant head coach and defensive line coach Anthony Weaver said he “loved” the fourth-year tackle. Mack, whose roster chances seemed to be trending up after rookie defensive tackle Travis Jones suffered a minor knee injury, led the Ravens with 14 quarterback pressures in the preseason, according to Pro Football Focus.

Hayes, who was waived with an injury designation, hadn’t practiced since the Ravens’ second preseason game. The fifth-round pick played in just one game as a rookie, and his disappointing camp was another setback for the Ravens’ pass rush.

Jaylon Ferguson died unexpectedly in June. Vince Biegel tore his Achilles tendon in camp, ending his season. Tyus Bowser, who led the team in sacks in 2021, will miss at least four games, along with Ojabo, while he rehabilitates his own Achilles injury. The Ravens’ roster churn leaves Odafe Oweh and Justin Houston as the team’s only two healthy outside linebackers, though reinforcements are expected.

Badie, meanwhile, who spent part of his childhood in the Baltimore area, became just the second Ravens draft pick in the past four classes to not make the season-opening roster. (Fullback Ben Mason was waived last year.) Playing behind mostly second- and third-string offensive linemen, the sixth-round pick had 23 carries for 65 yards and four catches for 14 yards in the preseason.

Some players will return to Owings Mills by week’s end. After the waiver claim period ends at 4 p.m. Wednesday, the Ravens can form their 16-man practice squad. Of the 16 spots, up to six can be used on players with more than two accrued NFL seasons, such as Jefferson, who had a strong camp. Teams are still allowed to promote two players from their practice squad to create a 55-man roster on game days.

Wide receiver Shemar Bridges, defensive lineman Aaron Crawford and Hayes were waived with an injury designation, meaning they’re subject to waiver claims but will revert to the Ravens’ IR if unclaimed. From there, the team can either keep them on IR or release them outright with an injury settlement.

Here’s a look at whom the Ravens released ahead of Tuesday’s 4 p.m. deadline: