Ravens TE Mark Andrews ‘dying to get back out there’ after injuries; OLB David Ojabo says he’s ‘ready’ for potential debut – Boston Herald 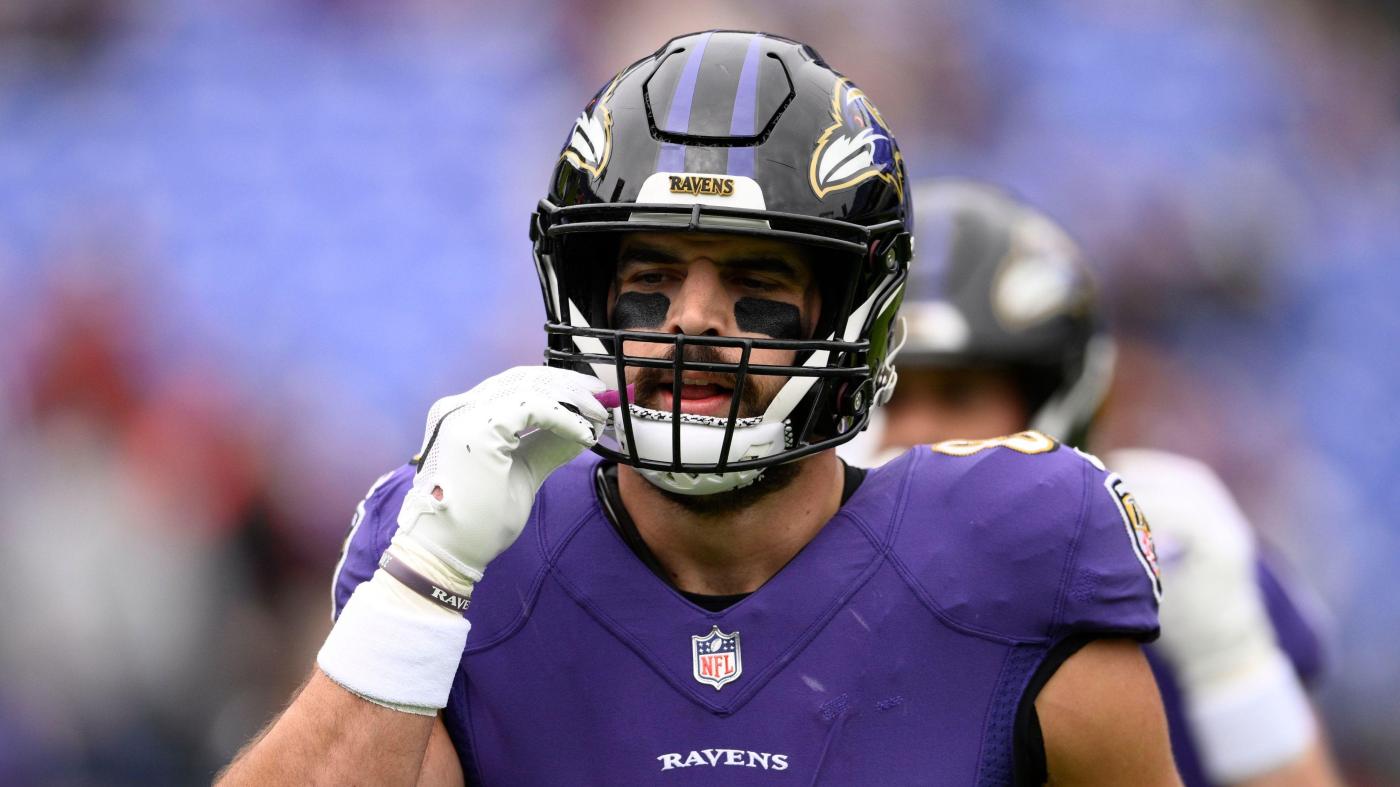 Ravens tight end Mark Andrews was limited in practice again Thursday, but the All-Pro said afterward that he was “feeling good” as he recovers from knee and shoulder injuries.

Andrews missed the Ravens’ Week 9 win over the New Orleans Saints, the first injury-related absence of his career, and was limited in his return to practice Wednesday. Asked whether he would play Sunday against the Carolina Panthers, Andrews said Thursday, “You never know,” but acknowledged that he’s been “dying to get back out there and play with the guys.”

“It’s been tough, but I think just being in the league for a little while, just seeing the big picture, they’ve got a great staff here, all the coaches, everybody, got great teammates, so they understand — but I’m feeling good,” said Andrews, who leads the team in catches and receiving yards. “And it’s just been a little bit of a process, a little different for me. But I think just maturity, seeing the bigger picture, has been the thing for me.”

Ojabo tore his Achilles tendon at Michigan’s pro day in March but has been practicing for over a month. “That’s what it’s all about, man, just day by day and just giving it your all, giving it your best, because that’s how you get the best outcome,” he said Thursday. “I just know, deep inside, if I give my best, give my all, I’m going to make a 100% recovery.”

Ed Dickson, who was drafted by the Ravens in 2010 and played his first four seasons in Baltimore, officially retired Thursday. The 35-year-old had two catches for 37 yards in the Super Bowl XLVII victory over the San Francisco 49ers. The former Oregon star last played in 2018 with the Seattle Seahawks.