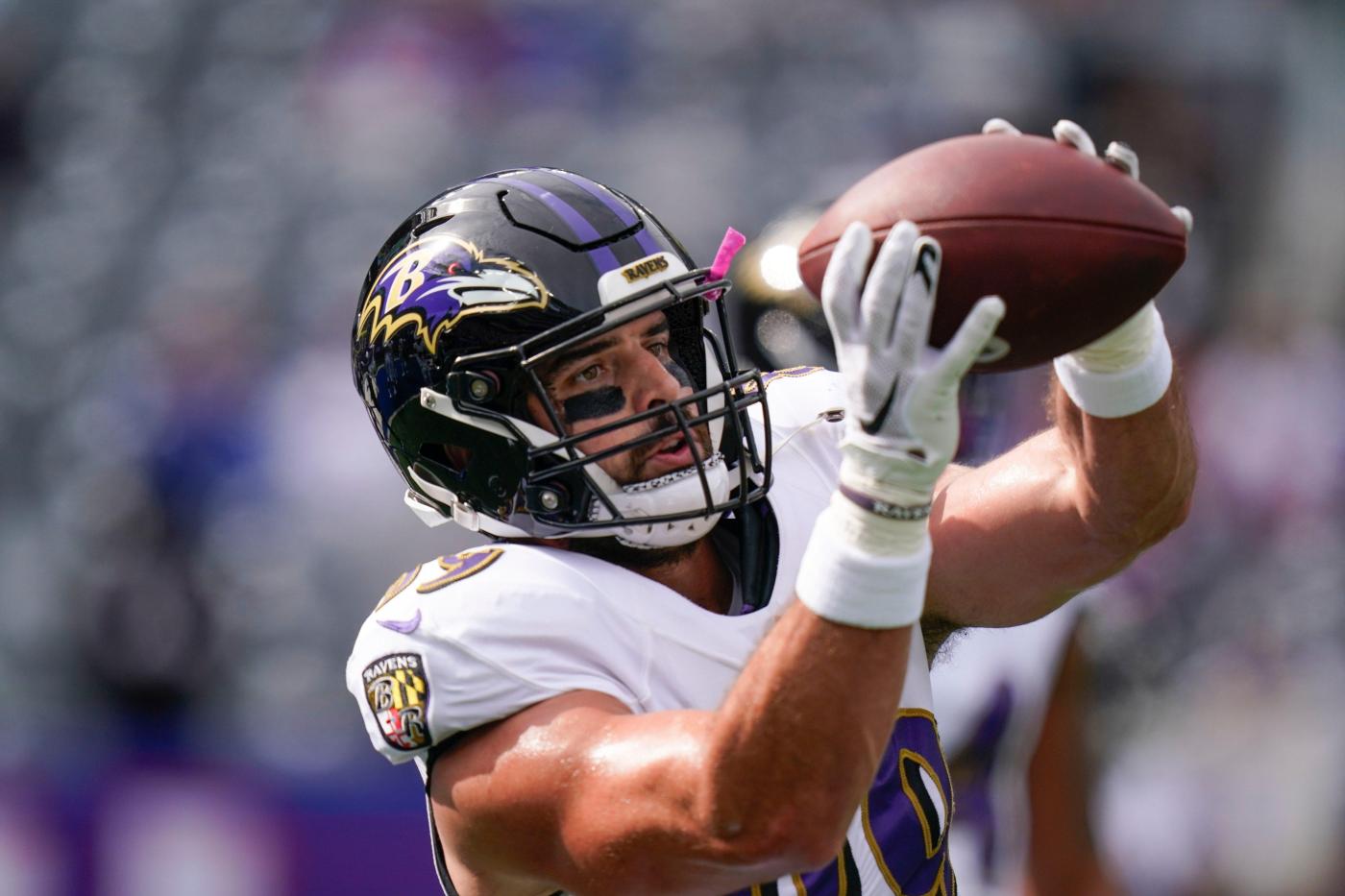 Ravens running back Gus Edwards (hamstring) and tight end Mark Andrews (knee, shoulder) were listed as doubtful for Monday night’s game against the New Orleans Saints in the team’s final injury report of the week.

Wide receiver Demarcus Robinson, set to play a more prominent role after Rashod Bateman opted for season-ending foot surgery, was listed as questionable for the Saints game after he missed practice Saturday because of a groin injury that popped up the day before. Robinson had his best game of the season in the Ravens’ Week 8 win over the Tampa Bay Buccaneers, making six catches for 64 yards.

Andrews, the team’s top pass catcher, has never missed a game because of injury but departed the win over Tampa Bay after he hurt his shoulder. He did not practice all week.

Edwards was the Ravens’ leading ball carrier for two games after he returned from a knee injury that cost him last season. Coach John Harbaugh has said Edwards’ hamstring injury is not serious, but the team will be cautious with him.

Ravens left tackle Ronnie Stanley and outside linebacker Jason Pierre-Paul took rest days Saturday, but neither was listed with an injury status for the Saints game.