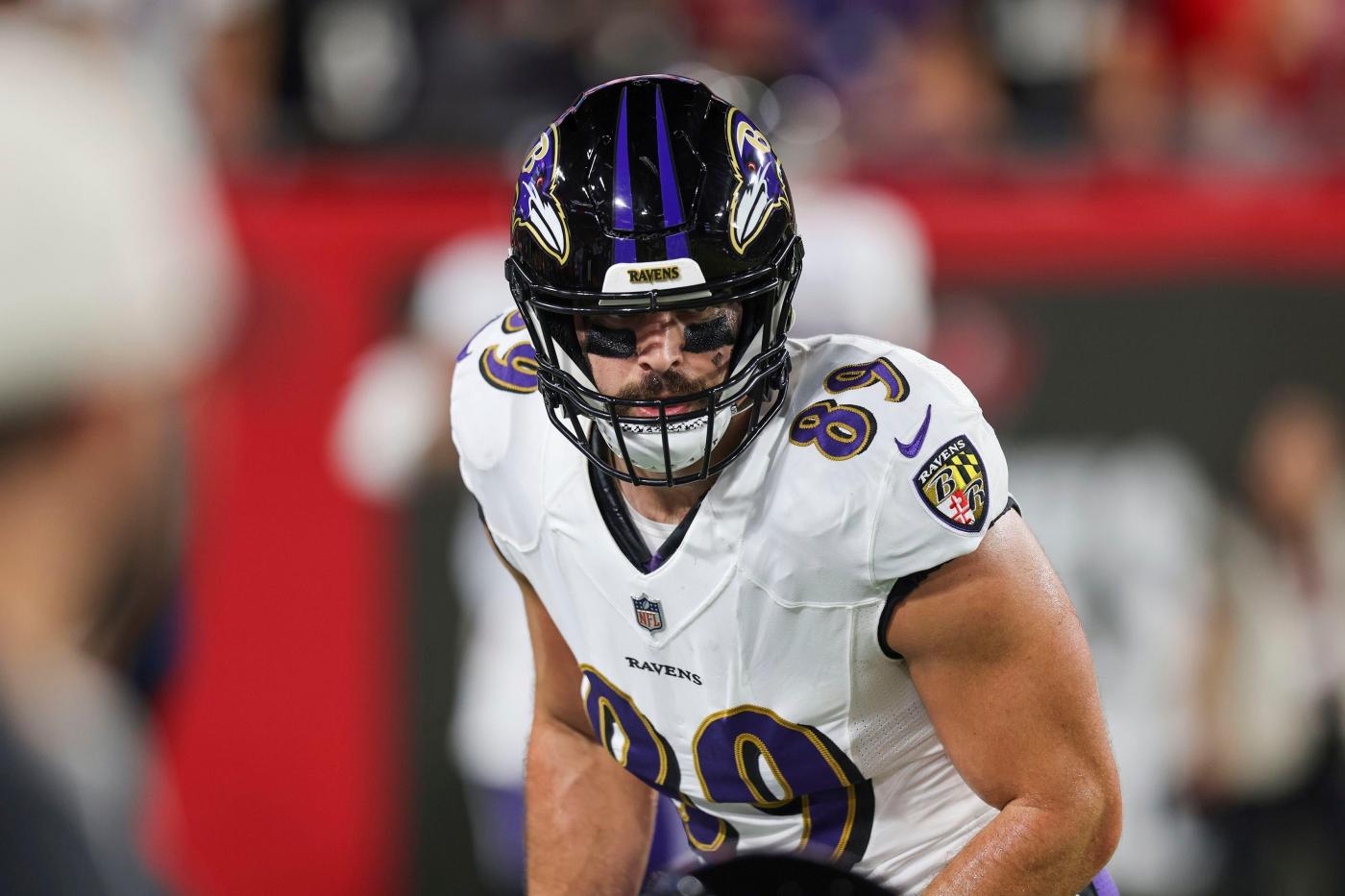 With tight end Mark Andrews and running back Gus Edwards missing their second straight day of practice Friday, the Ravens could be without two of their top weapons in Monday’s game against the New Orleans Saints.

Andrews (knee/shoulder) and Edwards (hamstring) both left the Ravens’ win last week over the Tampa Bay Buccaneers with injuries and haven’t practiced this week. The team will practice again Saturday before leaving for New Orleans.

Andrews leads the team in receiving yards (488) and receiving touchdowns (five), while Edwards is averaging 4.9 yards per carry and is the team’s highest-graded running back, according to Pro Football Focus. If neither can play Monday, the Ravens would turn to Josh Oliver and rookie Isaiah Likely at tight end and Justice Hill and Kenyan Drake at running back, all of whom have had solid years.

Wide receiver Demarcus Robinson (groin), who had his best game of the season against Tampa Bay (six catches for 64 yards), was limited in practice Friday. The Ravens are thin at the position, having already lost top option Rashod Bateman to a season-ending Lisfranc (foot) injury.

Cornerback Marcus Peters, who was limited Thursday with quadriceps and knee injuries, missed practice Friday with a rest day. Left tackle Ronnie Stanley (rest) was limited in his return to action.