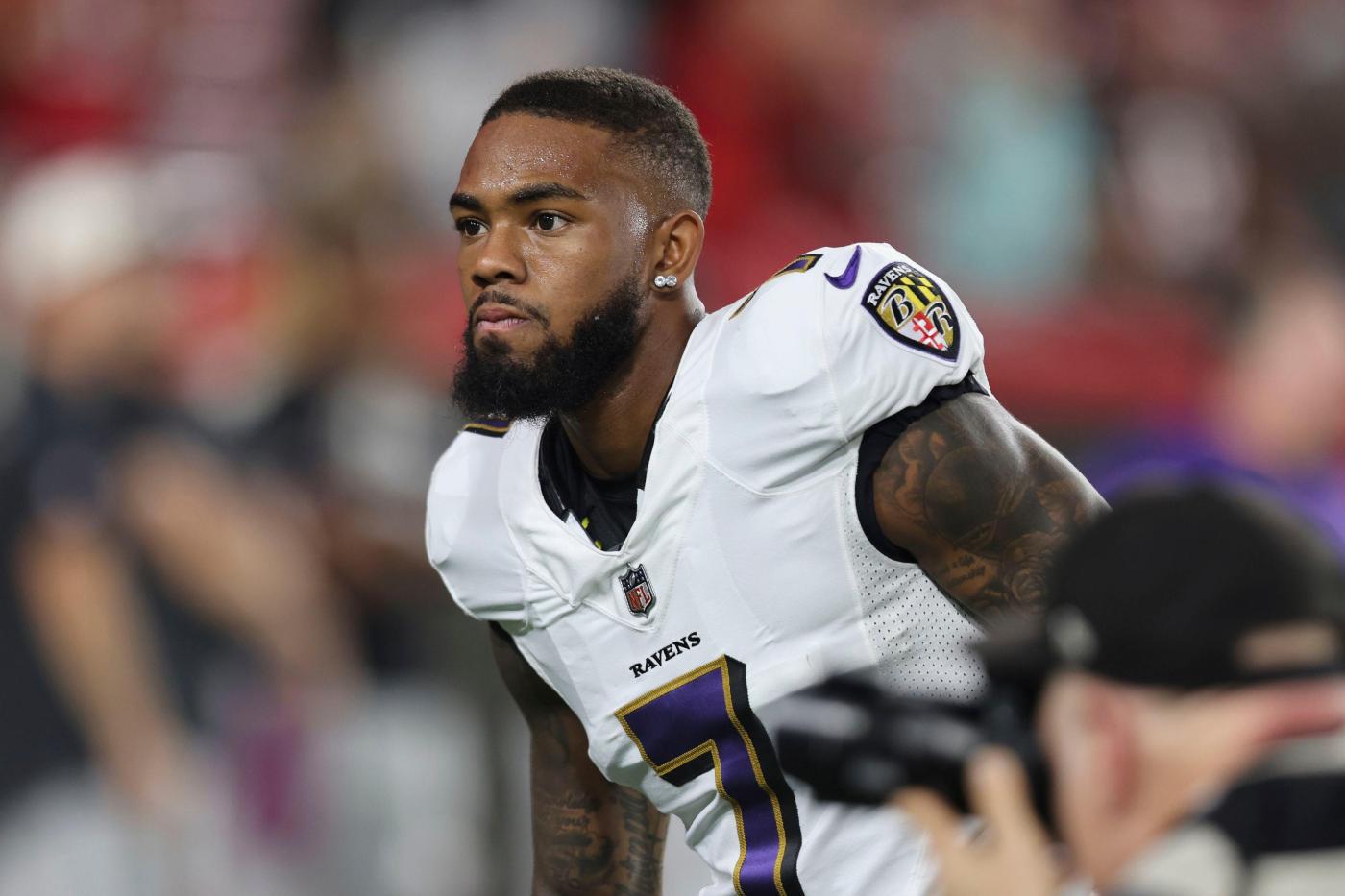 Harbaugh said the AFC North-leading Ravens (5-3), who’ve long struggled to develop wide receiver talent, were understanding of Bateman’s decision to address his injured midfoot. A strain sidelined him for two games last month, and he was limited to 13 offensive snaps in last Thursday’s win over the Tampa Bay Buccaneers.

“It was one of those [situations] where it was up to him,” Harbaugh said. “He and his agent and his family talked it over, and they decided it would be in his best interest … so we support him on that and understand what he’s doing.”

When active, Bateman had been one of the NFL’s most efficient wide receivers this season. He will finish 2022 with 15 catches for 285 yards and two touchdowns in six games; only two players are averaging more yards per catch (19).

“Darkest times of them all for sure,” Bateman, a first-round draft pick in 2021, wrote on his Instagram account. “[I] love this [expletive] and the work that comes with it. but I can’t question Gods plan and what he has for me. appreciate the love and support. see y’all next year.”

Bateman, who avoided serious injuries at Minnesota, will enter his third year having played just 18 games over his Ravens career. He missed the first five games of his rookie year while recovering from groin surgery, and said he wasn’t fully healthy until the offseason. In training camp this summer, a healthy and more explosive Bateman proved almost impossible to cover at times, emerging as a favorite target of quarterback Lamar Jackson’s.

“I think Rashod is a great guy,” Harbaugh said. “He really wants to be out there, wants to play, wants to have a career, wants to do well. And that’s not going to change. Different things happen in life. There’s roadblocks sometimes. And sometimes the best way is just to go through it. That’s what he’s doing right now. He’ll come back stronger than ever, and before the story’s written, he’s going to have his day in the sun.”

The Ravens’ latest wide receiver misfortune will add further scrutiny to a lowly regarded position group that, only a year ago, seemed on the verge of a breakthrough. But after trading away top wideout and former first-round pick Marquise “Hollywood” Brown, who was unhappy with his role in coordinator Greg Roman’s offense, last offseason, and now losing Bateman to injury, the Ravens will turn to Devin Duvernay as their top option over the season’s second half.

Duvernay is seventh in the NFL in all-purpose yardage (801 yards), but his wide receiver production (24 catches for a career-high 313 yards) accounts for less than half of his total. The All-Pro punt returner is 42nd in the NFL in yards per route run (1.68) among wide receivers with at least 20 targets, according to Pro Football Focus, a metric considered one of the more reliable indicators of receiver ability. Bateman is ninth; Demarcus Robinson, who’s emerged as a solid rotational piece, is 80th.

The Ravens could also be without All-Pro tight end Mark Andrews in Monday’s game against the New Orleans Saints, their final matchup before a Week 10 bye. Andrews left the win over Tampa Bay with a shoulder injury that’s not considered serious, and missed practice Thursday with a shoulder and knee injury designation. He leads the Ravens in targets (64), catches (42), receiving yards (488) and touchdown catches (five).

Bateman’s injury raises still more questions about the Ravens’ passing game and front-office strategy. The offense ranks No. 2 in the NFL in efficiency, according to Football Outsiders, powered in recent weeks by an overpowering running game. But Ravens wide receivers have struggled at times to separate against man-to-man coverage, and Jackson’s decision-making and Roman’s play-calling were criticized after a string of fourth-quarter collapses earlier in the season.

Barring a late-season waiver wire claim — or signing free agent Odell Beckham Jr., still recovering from a torn ACL — the Ravens also have little recourse for significantly improving their wide receiver group. Harbaugh indicated Monday that the team was nearing an announcement on Bateman’s status, but the team’s only move before Tuesday’s trade deadline addressed its defense. The Ravens on Monday traded a second- and fifth-round draft pick, along with reserve outside linebacker A.J. Klein, to the Chicago Bears for All-Pro inside linebacker Roquan Smith.

“We have guys,” said Jackson, who’s playing on the final year of his rookie contract and ranks 26th in the NFL in passing yards per game (204.4) among qualifying quarterbacks. “We’ve been having guys. We’ve been having those same guys; they just waited for an opportunity [against Tampa Bay], and they showed it. We’re just going to need that each and every game, because our main guy went down. So those guys just have to step up and do what they’re supposed to do. I feel like they will.”

The Ravens could also turn to practice squad wide receiver DeSean Jackson, whom Harbaugh said is “probably ready” to make his 2022 debut. The 35-year-old’s signing over two weeks ago came in the wake of Bateman’s initial foot injury. If Lamar Jackson looks for him Monday, DeSean Jackson would be the oldest wide receiver to be targeted in a game this season.

“It’s unfortunate when you lose a guy like that, a good guy, young guy that’s been doing some great things for this organization,” DeSean Jackson said of Bateman. “For me, I’ve been in this league a long time, had a lot of success, so just knowing when my number’s called, just being prepared, getting in the playbook, been doing the things I need to do to stay ready. So if it’s my time, I’ll do what I need to do to help this team win games. I think that’s all that matters, and that’s what I’m here to do.”