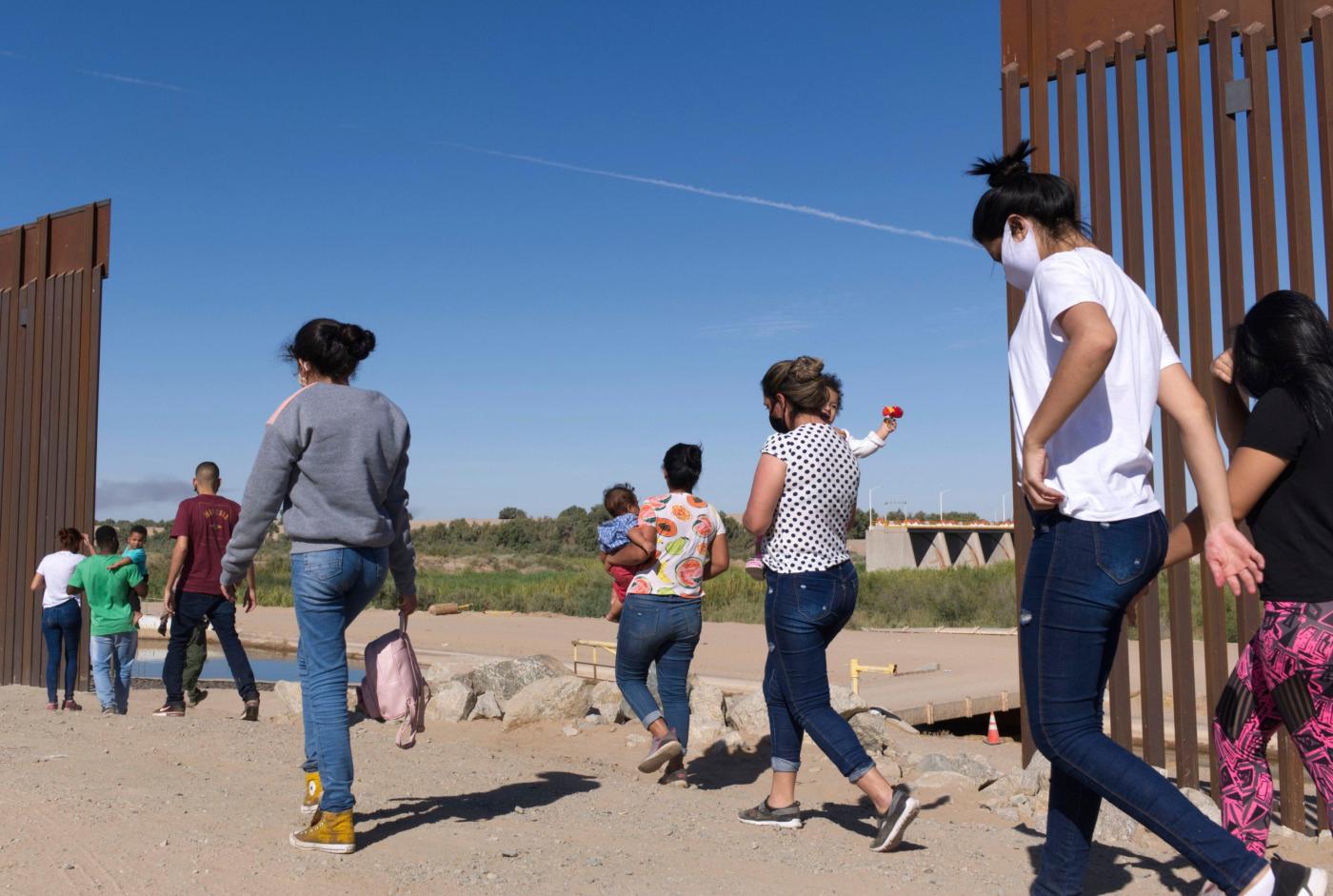 Are migrants only an issue if they get to NYC?

Plover, Wis.: I am fully aware that Democratic mayors have broken our Constitution with illegal sanction cities. They need to be arrested for aiding and abetting lawbreakers.

We need to plug up our border. Shame on you who do not live by the border and say, “Not my problem.” So many illegal immigrants put pressure on your tax dollars. President Biden, that jerk, paid some who broke our law. That bribe money, called “stimulus,” had money for illegal immigrants. How did that help America? Now a border governor is busing migrants to Washington. Oh, now that it’s in your playground, it’s illegal? Bus every migrant there, then round them up and deport them. We have every right to expect this government to uphold our sovereignty and protect our safety. At the border, there are rapes by mules, killings by cartels and how many dead bodies are not found in the desert? Due to Democrats’ stupidity, human trafficking is on the rise and drugs and guns are all walking in.

We were threatened by Democrats to be fined if we didn’t get a COVID shot. How many illegals with COVID have walked in? Wake up, sheep of the socialist Democratic Party. Think for yourselves. Save America and our way of life. Democrats want illegals to get driver’s licenses so they can vote. Hell no, we don’t reward lawbreakers. Come legally or be deported. Robert Pundsack

Settle it on the field

Kew Gardens Hills: I can’t wait to see what kind of bet Mayor Adams and Texas Gov. Greg Abbott make if the Yankees and the Astros meet in the American League Championship Series. Barry Koppel

Staten Island: To Voicer John Brandenburg: You stated that Michael Kay and Paul O’Neill are the worst announcers. I think they are the best. They don’t over-talk and drag out their responses as some announcers do. Their voices are pleasant and not annoying. I’m disappointed when the Yankees are not on the YES channel with other announcers. And as far as O’Neill’s laugh, it’s music to my ears. It’s so nice to hear them enjoying themselves as they do their job. Thank you to Mr. John J. Filippelli for choosing them for his YES Network. Antoinette Russo

Jersey City: I’ve been a diehard Yankee fan since the early 1960s. I remember the “glory teams,” as well as those Yankees teams and players that are best forgotten. Joey Gallo is definitely one of those players that we fans would love to forget. His stint with the Yankees has been a total waste. Now he is in L.A. Great news! Let him take his 100-plus strikeouts and 0.159 batting average to the Dodgers. The only cheers that Gallo will ever get from Yankee fans is when the Bronx Bombers face the Dodgers in the upcoming World Series at home and he whiffs at the plate like he usually does. Gallo’s tenure with the Yankees proves the validity of an old adage: A waste is a terrible thing to mind. Ivan Y. Genic

Manhattan: I just read that gas prices have fallen to less than $4 a gallon. Why is my local BP station still charging $5.99 a gallon for regular? Jeffrey Nelson

Kew Gardens: New Yorkers must cut the NYPD and the mayor some slack when complaining about crime. If you research national crime statistics on a per capita basis, New York City does not even break the top 100. Our problem is NYC, the safest big city in the nation, compares year-to-year crime stats to its already high-rated performances. If you are thinking about leaving NYC for somewhere else because of crime, you will probably be leaving safety behind. Glenn Hayes

Thieves in the night

Bronx: The Sanitation Department says it will change when you can put out your garbage for pickup from 4 to 8 p.m. They say this will help the rat problem. Whoever made this statement should be fired. What will help the rat problem is if you can put out your garbage at 8 a.m. and it gets picked up by 6 or 7 p.m. because the rats mostly come out after dark. Jimmy Durda

Better use of resources

Scarborough, N.Y.: In an op-ed (”To reduce NYC crime, invest in prevention,” Aug. 11), Manhattan District Attorney Alvin Bragg announced that he is spending money to “engage young New Yorkers with supportive services.” The fact is that city, state and federal agencies all provide hundreds of millions of dollars to social service agencies in the city. That is their responsibility. It is the Manhattan DA’s task to prosecute criminals. Giving $20,000 to 10 community-based organizations is pandering politics at its worst. Much better if the DA had spent the money on overtime for his squad to lock up felons who don’t appear for court dates. Removing criminals from the street is the best way to prevent crime — and it is your job. Thomas F. Comiskey

Bronx: I have been a criminal defense lawyer for 58 years, leaving me hardened to the realities of jails like Rikers Island. Well, I guess you are never too old to learn: While sitting in court on Friday morning waiting for my case to be called, I heard a middle-aged Hispanic man speaking to the court through an interpreter. The judge, having completed a discussion with his lawyer, agreed that the man must enter a program that could not start until September. The man turned to the judge, addressing her in Spanish, and said, “Please, judge, don’t send me back. The gangs beat me up, take everything I have, even the food I eat.” The judge was sympathetic but there was nothing she could do. When are we going to wake up to realize that Rikers Island is symbolic of a broken system? It just doesn’t work. Murray Richman

Western Springs, Ill.: Kenneth C. Griffin, chief executive of Citadel, a giant hedge fund, has contributed nearly $50 million for congressional Republicans in this midterm election cycle. Stephen A. Schwarzman, chairman of Blackstone, another hedge fund, has contributed $20 million to Republicans. Democrats trail in high-level donors. Most people make no political contributions and most who do contribute give $100 or less. This means that one or a few ultra-wealthy donors can buy more political speech than millions of ordinary people, which is why they frequently get their way on tax policy, labor law and its enforcement, and trade deals. This helps them get richer while so many ordinary people struggle. If participants in a candidate debate could purchase extra time, the debate would be considered rigged in their favor. When super-wealthy individuals and corporations can purchase vastly more political speech than ordinary people, the system is rigged in their favor. Richard Barsanti

Itasca, Ill.: My mother would utter, “No words,” after witnessing something that defied description, usually something I did as a child or, more likely, a current event. She’d have a field day with post-2016 America. For example, when Georgia Republican Senate candidate Herschel Walker was asked if he supported new gun laws, he replied, “What I’d like to do is see it and everything and stuff.” That was his answer. Walker is behind Democratic contender Raphael Warnock, but once held a 10-point lead. Only in today’s America would such a candidate be viable. Two presidential impeachments and a pandemic that saw people politicize wearing a facemask barely scratch the surface. Mom would have no words. Jim Newton