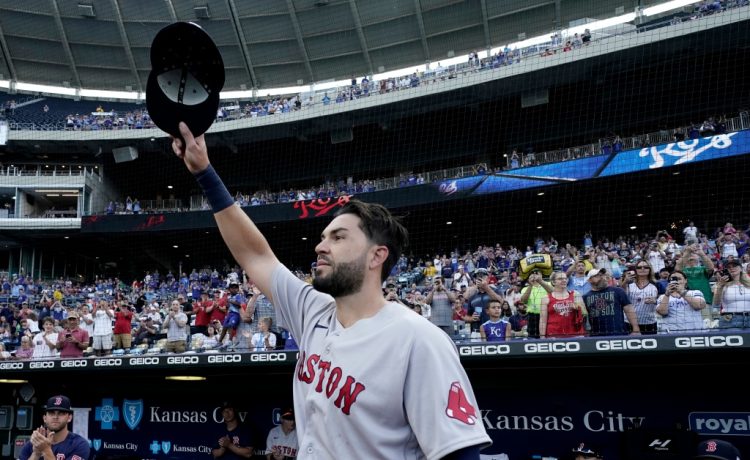 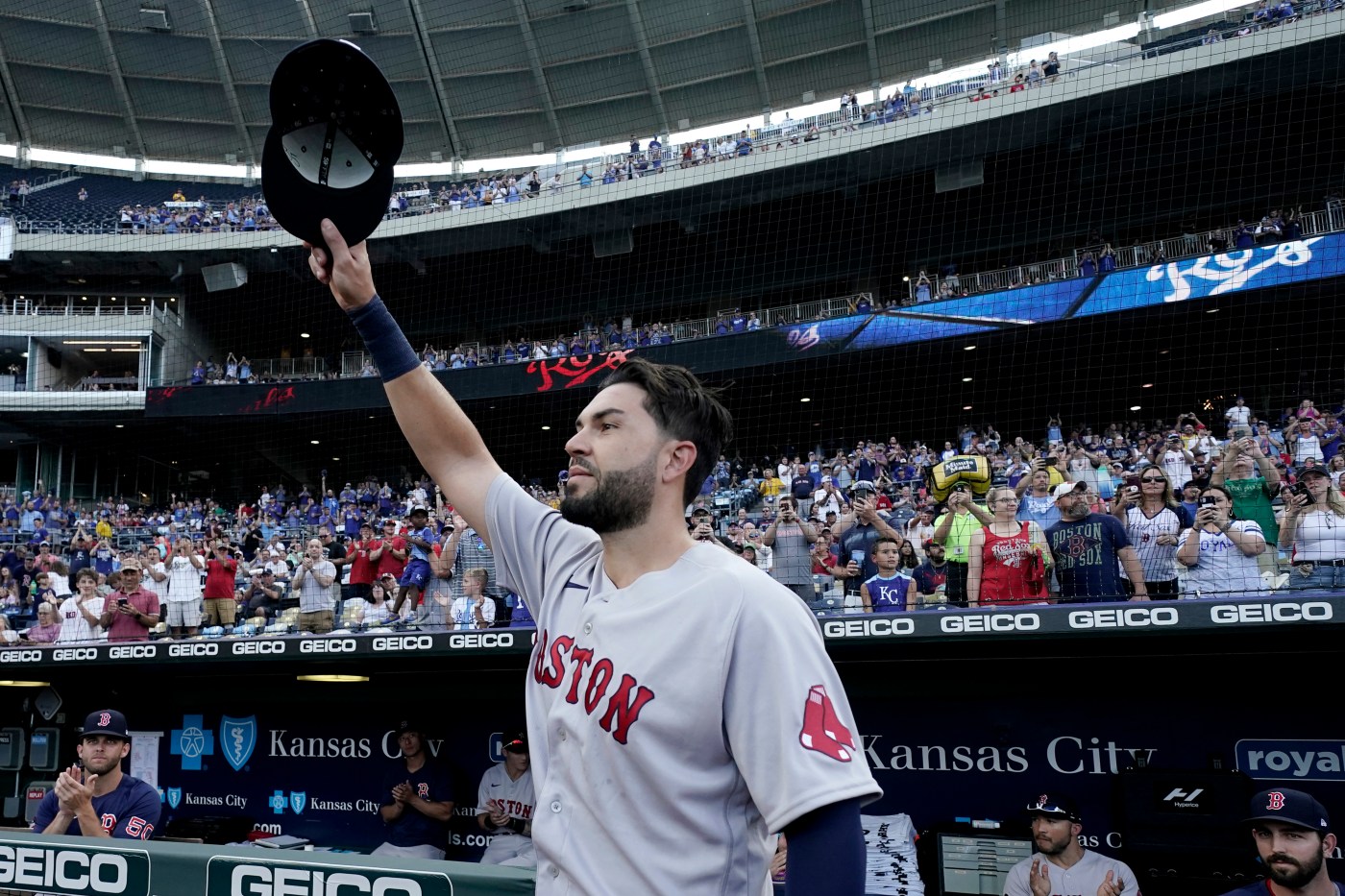 If former Red Sox prospect Jay Groome ever becomes a serviceable big league pitcher, the Sox are going to have some explaining to do.

After sending Groome to the San Diego Padres as part of the trade that brought former All-Star, Gold Glover and World Series champion Eric Hosmer to Boston in July, the Red Sox dumped Hosmer on Friday afternoon.

In completing a small trade of minor league depth guys, swapping righty Jacob Wallace for Royals’ righty Wyatt Mills, the Sox needed to clear a 40-man roster spot and Hosmer was the casualty, as the Sox designated him for assignment in the process.

It’s not like Hosmer was impactful during his brief cameo in Boston. The 33-year-old first baseman hit just .244 with a .631 OPS in 14 games before an injury ended his season. It was always expected that Triston Casas would be the first baseman of the future, despite the Padres paying the entire $39 million owed to Hosmer over the next three years.

But the Sox’ willingness to part with Groome, the No. 12 overall pick in the 2016 draft whose curveball was once compared to Clayton Kershaw’s, could come into question if Groome develops into a big league starter.

After injuries derailed his minor league journey as a prospect, Groome started to find his way again last season. And after joining the Padres’ Triple-A affiliate, El Paso, Groome fired 51-1/3 strong innings, striking out 44 batters with a 3.16 ERA in the hitter-friendly Pacific Coast League.

The saving grace for the Red Sox will have to be the other minor leaguers the Padres sent over along with Hosmer: Corey Rosier and Max Ferguson, who hit .163 and .181, respectively, with Single-A Greenville following the trade.

At least the first base picture cleared up a little bit on Friday. It’s now apparent that Hosmer isn’t going to be in the mix, not that was he expected to contribute much, and that Casas is the guy the Red Sox are counting on. Bobby Dalbec, who was rumored to be a trade candidate earlier this offseason, remains on the roster as well.

The news comes one day after the Red Sox designated Jeter Downs for assignment. Downs was the top prospect acquired in the Mookie Betts trade with the Dodgers almost three years ago.