Red Sox fans should be concerned about the Xander Bogaerts situation 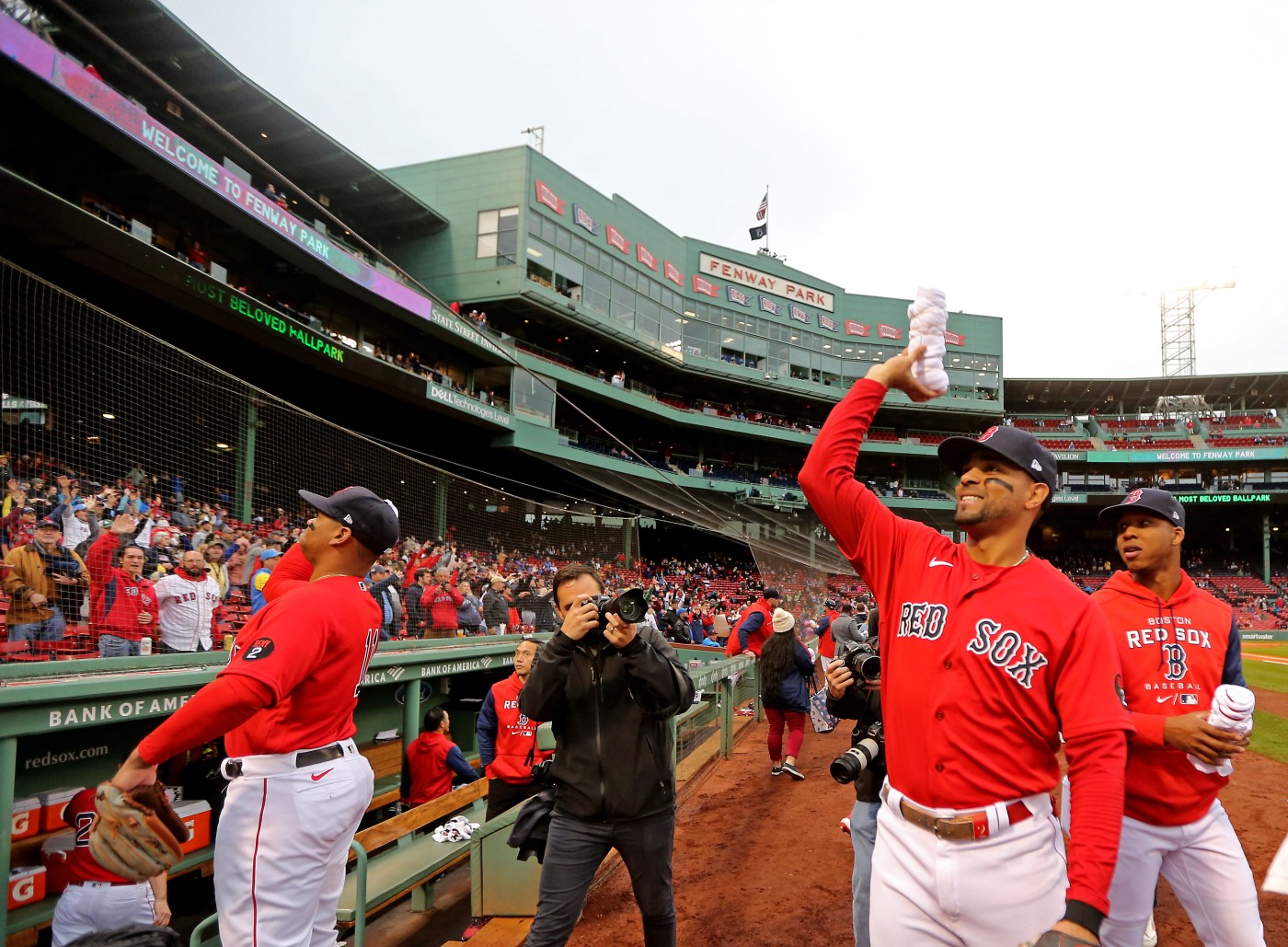 With MLB free agency just a few weeks old, Xander Bogaerts continues to find his name in the rumor mill.

And it’s becoming scarier for Red Sox fans who are holding onto hope that the most productive shortstop in franchise history will remain in Boston.

The signs are starting to point elsewhere, as multiple outlets have reported Dave Dombrowski’s Phillies as the leading candidate to sign Bogaerts, a free agent for the first time in his career.

After the New York Post’s Jon Heyman reported that the Phillies were interested in Bogaerts two weeks ago, he followed that up with a new report this week that also linked Bogaerts to the San Diego Padres.

There are two things those teams have in common: they want to win and they aren’t afraid to spend.

Also this week, Red Sox spanish radio broadcaster Marino Pepén reported that the Phillies are the favorites to sign Bogaerts, with the Red Sox second in line and the Padres behind them.

Meanwhile in Minnesota, the Twins are trying to hold onto Carlos Correa, but the Minneapolis Star Tribune’s LaVelle E. Neal III reported that the Twins’ backup plan is Bogaerts.

It should come as no surprise that contending teams are interested in signing the game’s best offensive shortstop over the last five years. Bogaerts was a Gold Glove finalist and won another Silver Slugger. He played hurt through most of the season and still hit .307. He’s only 30 years old and is a leader in the clubhouse and in the community.

Every contending team should be in on this guy.

But the bigger surprise is that the Red Sox are still considered in the race to sign him.

While there’s no doubt the Sox need to retain their best players and should have no bigger priority than their shortstop, their lowball offer to Bogaerts in spring training, when they reportedly added just one year and $30 million to his existing three years, $60 million remaining, was an insulting deal to propose.

As the season continued on and Bogaerts insisted he wasn’t interested in negotiating until the offseason, it looked like the Sox weren’t going to be serious contenders in his pursuit.

Unless they sign young guys to team-friendly deals early in their career, the Sox have made a habit of letting their own players reach free agency and falling way behind in the sweepstakes.

That the Sox are even considered to be in the running with the Phillies, Padres, Twins and others is curious. If they’re willing to pay the market rate now, why weren’t they willing to come close last spring, when Bogaerts was still in their uniform and might’ve been willing to take less money before putting up the best defensive season of his career?

The Padres like him so much they’re reportedly willing to move Fernando Tatis Jr. to the outfield. We know how much Dombrowski likes Bogaerts, who he signed to a long-term deal while he was running the Red Sox front office.

If the Red Sox choose not to retain him, they’re either going to have to spend big on an elite replacement like Correa, Trea Turner or Dansby Swanson, or find a cheaper alternative.

The ladder seems to fit better with their low-risk long-term plans.

The Brewers are considered to be open to dealing shortstop Willy Adames, and perhaps Red Sox chief baseball officer Chaim Bloom can unload from the farm system to find a deal in the trade market.

On the free agent market, the bargain bin isn’t very enticing. The Sox could sign Jean Segura to play second base and hope Trevor Story’s arm troubles won’t prevent him from playing shortstop every day, but that seems like a big if.

Elvis Andrus and Aledmys Diaz are available, but would be clear downgrades.

The Sox are either going to have to go big on a shortstop or get really creative to fill the void.

The only positive thing to come out of the Red Sox rumor mill thus far is that they seem to be serious in their desire to sign Rafael Devers to a long-term contract extension. Several outlets have reported optimism from the Sox’ side that an extension could get done, and it could the Sox close to $300 million to do it.

Austin Riley, the 25-year-old third baseman for the Braves, signed a long-term deal worth $22 million a year earlier this year. Devers has been a better offensive player and is likely deserving of more. Somewhere in the 10-year, $27 million per season salary range seems plausible for both sides.

One thing is almost certain: whatever the Red Sox end up doing, it’ll help them not just in 2023, but over the long-term.

Bloom and Co. have been determined to make deals that include long-term upside and rarely prioritize the short-term.

That could make 2023 a difficult year. Especially if they don’t add a quality shortstop.