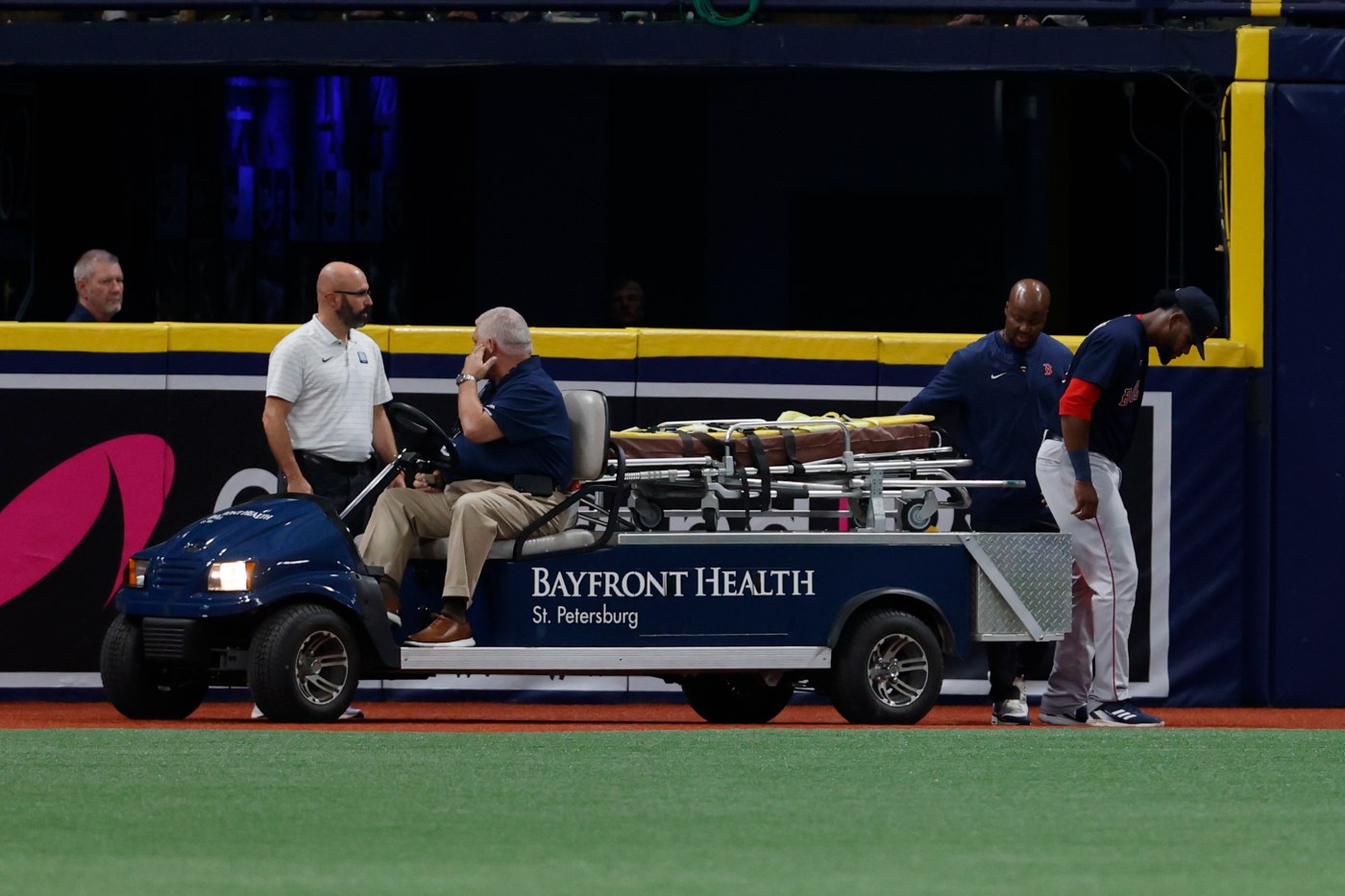 Franchy Cordero was carted off at Tropicana Field on Monday after suffering a serious-looking injury.

Cordero, playing left field for the Red Sox in their series opener against the Rays, was racing back to the wall as he tried to catch a ball hit by Randy Arozarena. Cordero looked like he got his right spike caught in the wall as he attempted to field it, and then stumbled to the ground with obvious pain in his right leg.

As the ball rolled away, Jose Siri easily scored from first and Arozarena was safe with a stand-up double as the Rays cut the Red Sox’ lead to 3-2.

Cordero stayed on the ground for several moments as manager Alex Cora and a trainer came out to look at him. He tried to stand, but couldn’t put any weight on his right leg and ultimately needed a cart to take him away. The Red Sox later announced that he suffered a right ankle sprain.