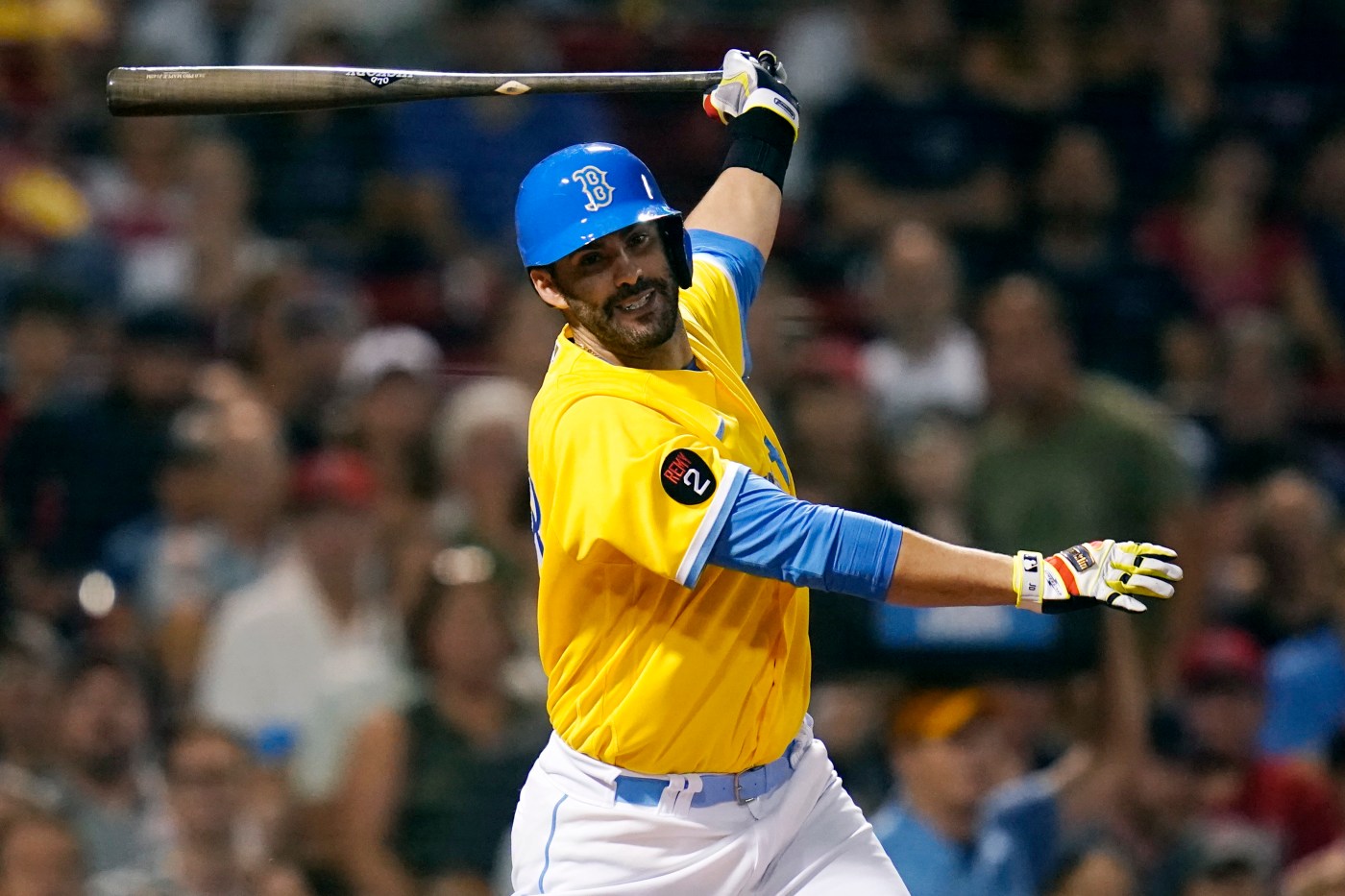 Could J.D. Martinez be playing his final games at Fenway Park as a member of the Red Sox this weekend?

The Red Sox’ designated hitter is among the most likely players on the club to be dealt before Tuesday’s trade deadline, and he unsurprisingly already has several suitors. According to a report from the Boston Sports Journal, the Dodgers and Mets – the top two teams in the National League – have made their interest known in Martinez, who’s been named an All-Star in four of his five seasons with the Red Sox.

According to a report from The Athletic’s Ken Rosenthal, the Mets had a scout in Boston on Friday to watch the Red Sox’ 4-2 loss to the Brewers with an eye on Martinez and Christian Vazquez.

The 34-year-old Martinez seems to already feel like his days are numbered, too. The Globe reported on Friday that there’s a good likelihood that the veteran will be dealt, and Martinez understands it may be heading that way.

“Not if we don’t start winning,” Martinez told the Globe when asked if he thinks he’ll be with the Red Sox after Tuesday’s trade deadline. “That’s about as simple as I can put it. I would understand it. I wouldn’t be upset about it. Of course I want to be here, stay here. I’m a lot more comfortable here. I would prefer the club wins today, starts a winning streak, and makes it real hard on them.”

Friday night’s performance didn’t exactly indicate that possibility. The Red Sox lost again as they fell to 7-18 in the month of July, and Martinez went 0-for-4 as he extended his hitless stretch. He’s 0-for-20 since July 15, and 0-for-16 since returning from back spasms that forced him to miss the first four games after the All-Star break.

Still, Martinez represents an attractive option for any playoff contender looking for another productive hitter and championship-proven bat in the middle of their lineup, even if his power numbers (nine homers in 85 games this season) are down.

If these are indeed his final days with the Red Sox, Martinez will go down as one of the franchise’s best free-agent signings in recent history. Martinez signed a five-year, $110 million contract prior to the 2018 season and, aside from his dismal 2020 season, it has been worth every penny and then some.