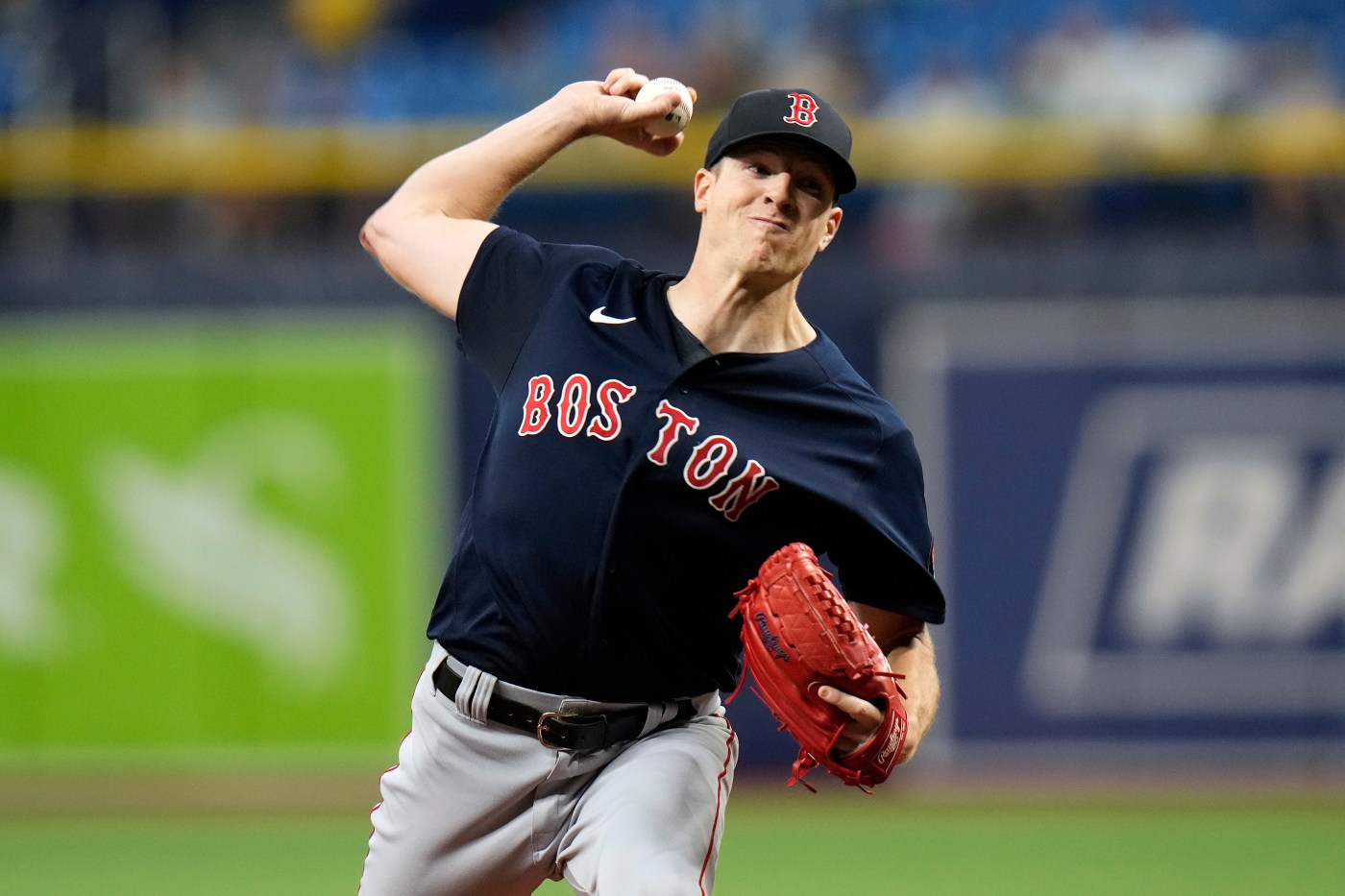 Watching the Red Sox go quietly in a 1-0 loss to the Rays on Wednesday night was less of a commentary on the 2022 season and more about Chaim Bloom’s trading record.

He wins some, he loses some.

Through three-plus years in Boston, Bloom has made a lot of regrettable decisions, but landed some winners, too.

Wednesday was a showcase of both.

Starting on the mound for the Sox was Nick Pivetta, who pushed through a calf injury to take the bump and ensure that he remains one of the few pitchers in baseball who has yet to miss a start this season.

He was in good form once again at Tropicana Field on Wednesday, using his signature slider to dice up a good Rays team that has now jumped to within 4 1/2 games of the unraveling Yankees in the American League East.

They made Pivetta work for it. He needed 101 pitches to get through five innings, walking three, but he allowed just two hits and one run while striking out three.

It was a classic Pivetta performance – nothing dominant, not very efficient, but he got through five and the Sox were in the game.

“He bounced back after the first two innings,” manager Alex Cora told reporters on NESN after the game. “Seemed like it was going to be a short one, 51 pitches and a lot of 3-2 counts. Good fastball. Made some pitches when he had to.”

It’s been his calling card since Bloom acquired him from the Phillies for nothing back in 2020. The Red Sox were a joke in ‘20, but at least Bloom was able to accomplish a few things. The team tanked hard enough to land the No. 4 overall pick in the 2021 Draft, which netted them top prospect Marcelo Mayer, and hard enough to land Garrett Whitlock in the Rule 5 Draft that winter.

They also made some significant trades, losing Mookie Betts to the Dodgers in a deal that hasn’t looked very productive, and gaining Pivetta and prospect Connor Seabold (a back-end starter, perhaps) in exchange for a pair of rental relievers: Brandon Workman and Heath Hembree.

Pivetta has since become one of just 10 pitchers with at least 58 starts over the last two years. He came on strong at the end of last year, looking sharp in the playoffs and was strong once again early this year until he fell off a cliff around mid-summer.

Still, he’s one of a few starters set to return next year, and with Chris Sale’s injury history and uncertain future, Pivetta is the only reliable starting pitcher currently locked into the 2023 roster.

As useful as he’s been, the acquisition probably hasn’t proven to be enough to overcome another one.

Jeffrey Springs, who started for the Rays and tossed three shutout innings on Wednesday, turned out to be a surprising loss.

Springs was acquired from the Rangers for Sam Travis before the 2020 season and pitched terribly for the Red Sox, with a 7.08 ERA in 20 1/3 innings, prompting Bloom to trade him to the Rays with Chris Mazza for a pair of prospects, most notably Ronaldo Hernandez, who looked like a potential starting big league catcher.

But Hernandez has stalled in Triple-A and Springs has turned into one of the best pitchers in baseball.

He allowed just one hit against the Sox and now has a 2.80 ERA over 154 1/3 innings with the Rays. It’s the fifth-lowest ERA of any pitcher with at least 150 innings over the last two years.

It’s hard to fault Bloom for the trade – who saw this coming?

Still, the Rays churn out good pitching like it’s nothing, and it looked too easy as they shut down the Red Sox lifeless offense on Wednesday.

They had just six hits and couldn’t score.

“We didn’t put the ball in play, we didn’t hit the ball hard with men in scoring position,” Cora said. “They’re really good at what they do. We’ve seen it before, we’ve seen it for years.

“We actually got them last year in October with a humble approach, stay up the middle, go the other way. We expanded with them and they made some good pitches.”

Pivetta and the bullpen held the Rays to just four hits, but the one run on an infield single by Taylor Walls in the fifth inning proved the difference.

“Man on third, less than two outs, put the ball in play, one run,” Cora said. “That’s what they do. That was enough for them. Their pitching staff did an amazing job against us and we weren’t able to score runs.”

The Sox are off Thursday and return to action Friday for a three-game set in Baltimore.