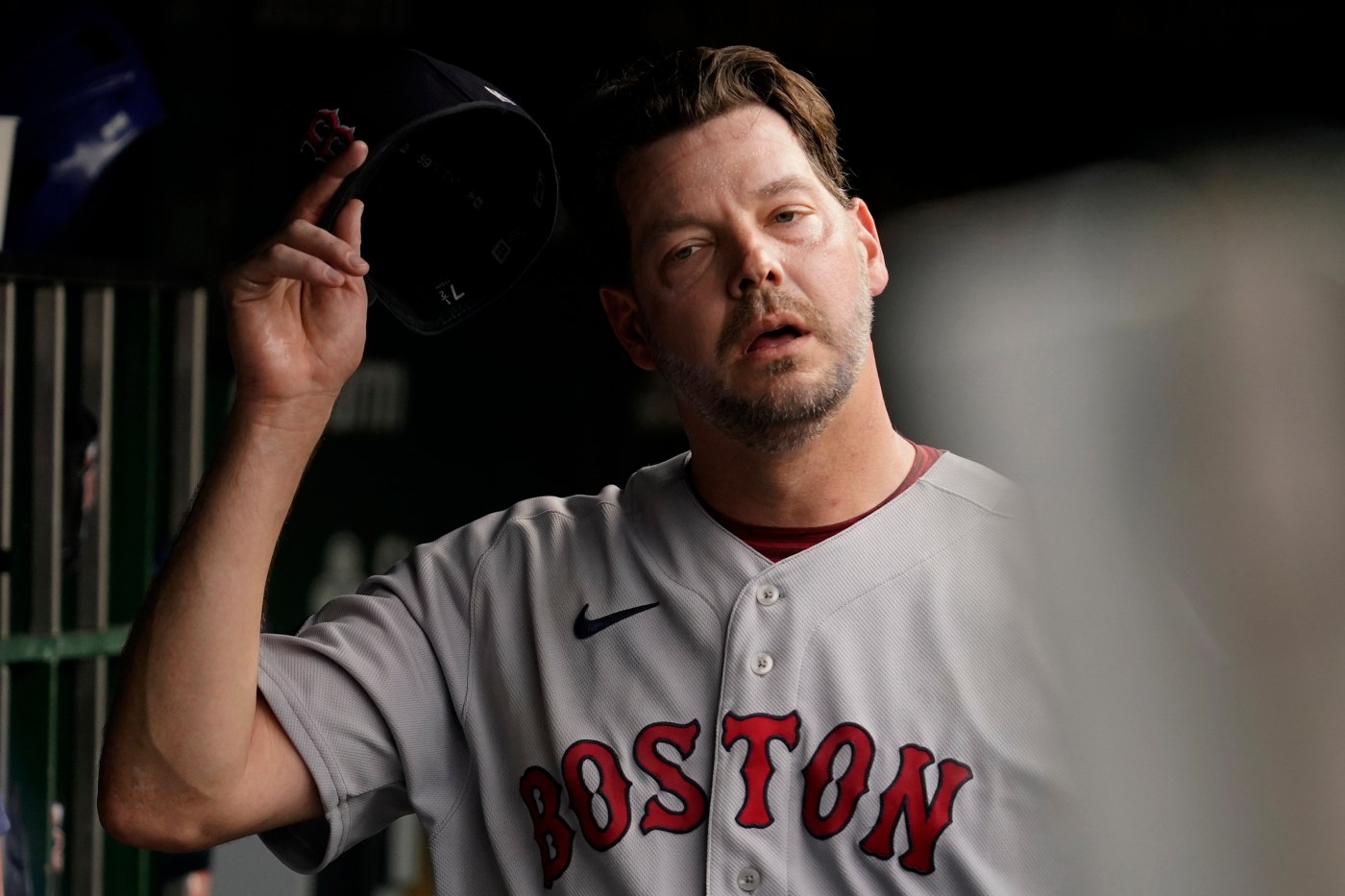 The shorthanded Red Sox starting rotation got even shorter on Saturday as Rich Hill was placed on the 15-day injured list after he suffered a left knee sprain in Friday’s loss to the Cubs.

Phillips Valdez was promoted to the active roster to fill Hill’s spot.

The 42-year-old Hill had made 15 starts as an effective back-end starter for the first half of the season – the left-hander had a 4.20 ERA through 70 2/3 innings – before suffering the injury in the fifth inning on Friday after he tossed four scoreless innings. He told reporters he felt a pop in his left knee as he delivered a pitch. He stayed in the game briefly, but ultimately came out before the bullpen blew the lead.

The Red Sox now have several pitchers – Hill, Nathan Eovaldi, Garrett Whitlock and Chris Sale – but are expecting reinforcements in the foreseeable future. Manager Alex Cora told reporters in Chicago that Eovaldi threw a 35-pitch bullpen on Saturday, so things are trending well for the right-hander. Sale is making his next rehab start in Worcester on Wednesday, and could return for his season debut the following week. But it’s not clear yet who may start in place of Hill for his next scheduled start on Wednesday at home against the Rays.

Whitlock was in the rotation before he went on the IL with a hip injury last month, but Cora told reporters on Saturday that he’ll be back in the bullpen when he returns.