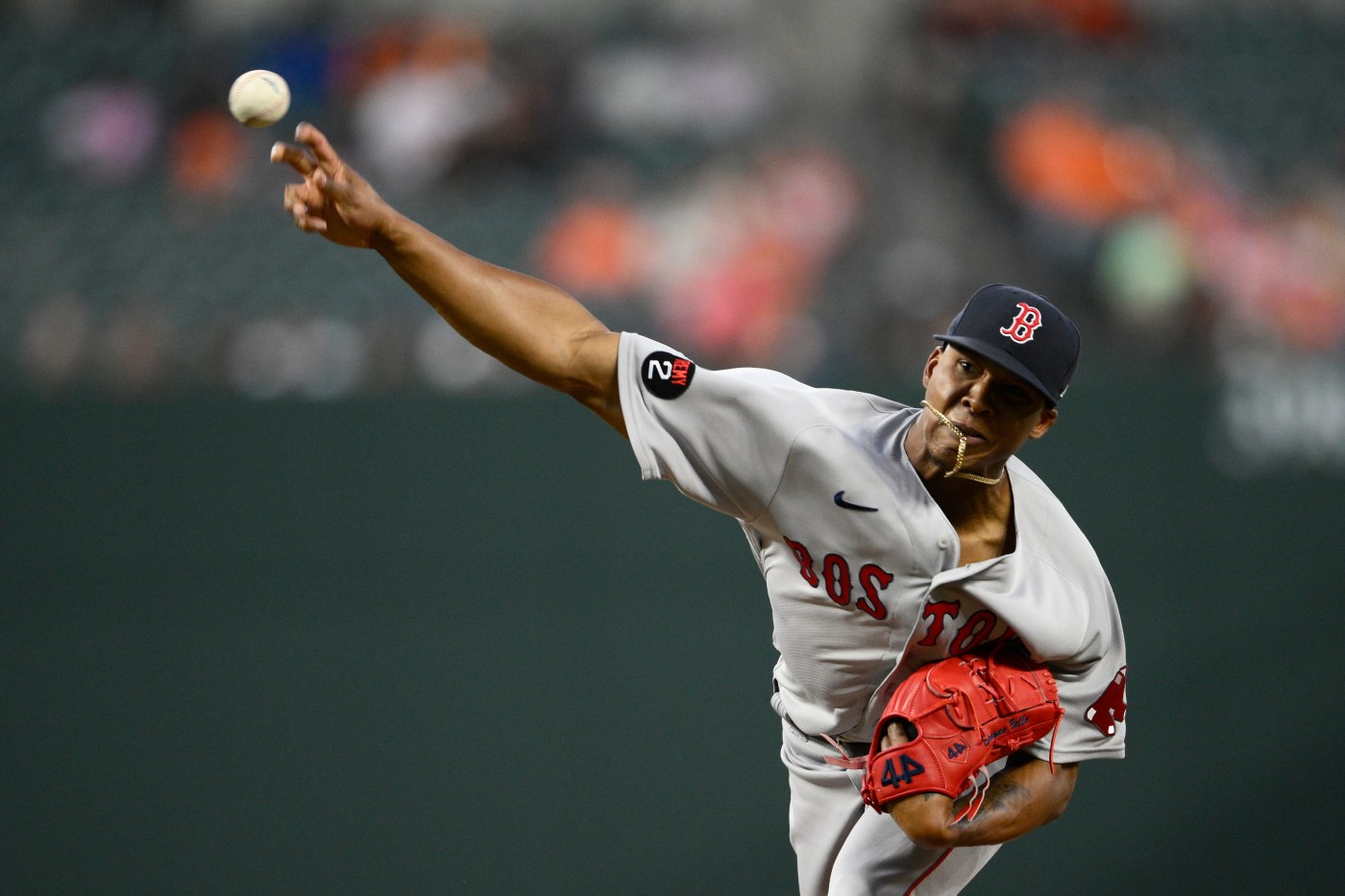 When the winter gets cold and memories of the 2022 Red Sox season aren’t providing much hope, turn on the third inning of Friday night’s game.

The Sox ended up losing to the Orioles, 3-2, after giving up three runs in the sixth inning at Camden Yards.

But what they were able to see out of pitching prospect Brayan Bello should at least provide some excitement for the future.

Making his seventh big league start, the 23-year-old right-hander entered with a 5.91 ERA that didn’t tell much of the story.

He was first called up in July, when the Sox were desperate for healthy pitchers and Bello had made just 11 appearances above Double-A. But his minor league numbers were so outrageous (2.34 ERA, 129 strikeouts in 96 innings) that it was worth a shot.

At this point does anybody even remember his first start?

There were a lot of dinky groundballs that were not so eloquently handled by the Red Sox shaky defense and Bello’s night never got going. After a second start went just as poorly, Bello was sent back to the minors and most figured that’d be the end of his big league opportunities for a while.

Out of necessity, Bello has been getting more opportunities. One thing is becoming clear: most of his early struggles in the big leagues are related to not throwing strikes.

He later admitted that he was struggling to understand a big league strike zone. Five starts later and the Sox look like they’ve found something.

Unpolished and raw, Bello remains an electric arm to watch. He looked locked in early against the Orioles on Friday night, throwing strikes with a purpose, getting his two-seam fastball up to 98 mph and using his electric changeup to put hitters away.

When the third inning arrived, Bello was as sharp as we’ve seen him.

It was among the most dominant displays by a Red Sox rookie starting pitcher since Clay Buchholz, and it was at least a glimpse into why Bello ranks as one of the best pitching prospects in baseball.

The problem, of course, is that he’s far from a finished product.

He showed it in the fifth inning, temporarily losing all command and failing to throw a strike to two consecutive batters. The back-to-back four-pitch walks didn’t bite him, but he never found the zone again.

He walked two more in the sixth and exited with the bases loaded and nobody out, with the Sox clinging to a 2-0 lead. Minor league journeyman Kaleb Ort, called up recently to add depth to the bullpen, allowed one run on a wild pitch and two more on a single by Gunnar Henderson as the Orioles took a 3-2 lead and held it the rest of the way.

All three runs were charged to Bello, who finished with seven strikeouts and just three hits allowed, but four walks and three runs in 5 1/3 innings. His ERA is now 5.79, but it doesn’t feel like it should be that high.

He looks like a young pitcher with elite stuff who is still learning how to use it. He threw 22 changeups and the O’s swung 14 times, missing nine times.

In nine big league appearances, Bello’s changeup has induced 81 swings, 37 of them whiffs.

Chief baseball officer Chaim Bloom went on the radio this week and was adamant that Bello has actually impressed, despite his bad results.

“But he also had games when he was doing that and he’s a groundball pitcher and sometimes balls find holes. We weren’t making plays behind him. And I give our staff a lot of credit for this, we were really able to get him to do that and to see what the ingredients for his success would be. And he’s throwing the ball better and getting results because he became confident in what he needed to do to be good.”

It’s clear Bello is going to be a legitimate big league starter in this league, it’s just going to take time.

With the Red Sox out of the playoff picture, they’ve got plenty of it.