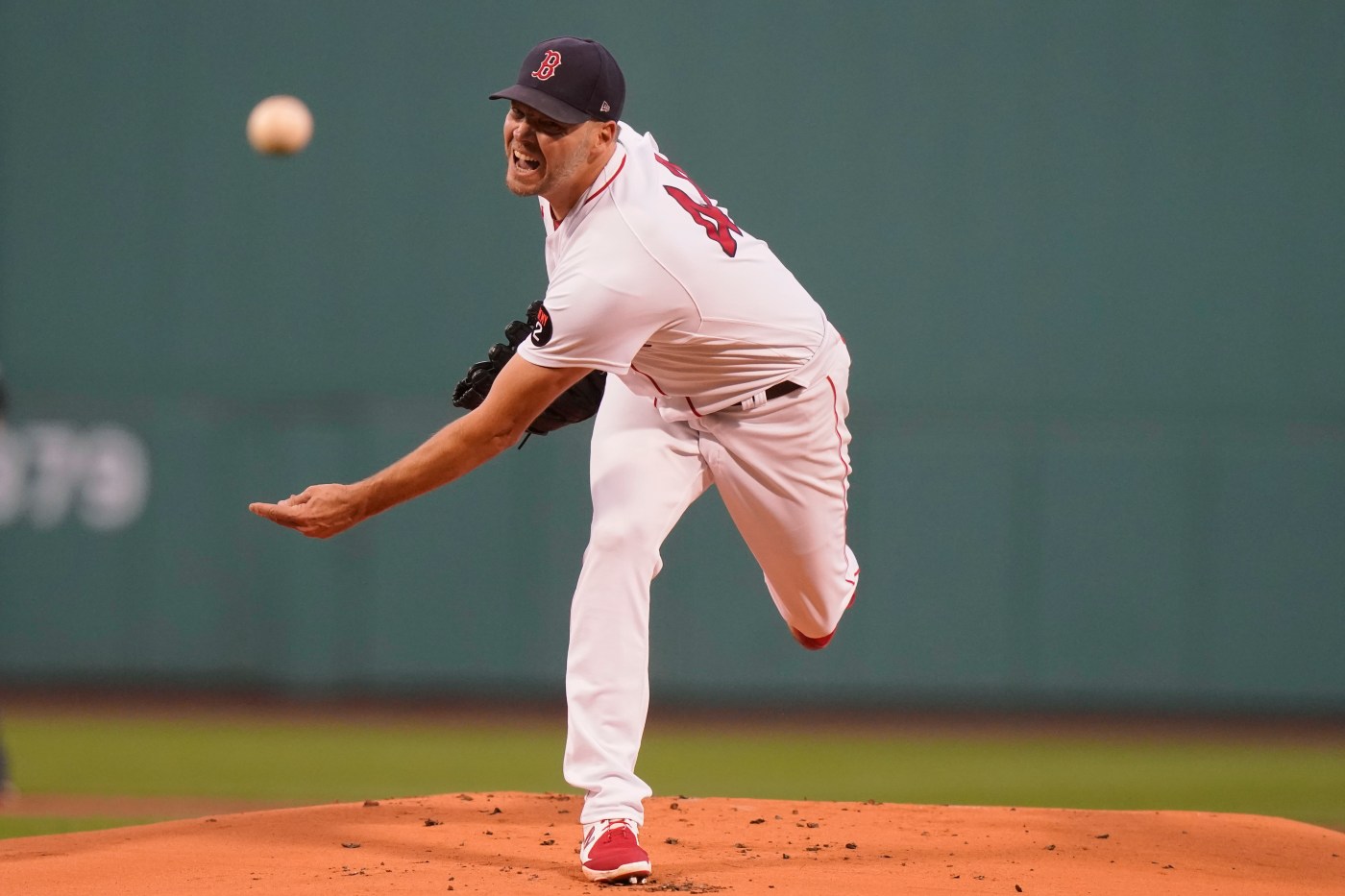 Even as the Red Sox faced long odds to make the playoffs as they entered September on Thursday – a 1 percent chance, according to FanGraphs – manager Alex Cora did his best to remain optimistic and even hoped for the seemingly impossible.

“Somebody texted me today, the Cardinals won 17 in a row last year in September,” Cora said. “I’m like, ‘Wow, I like that.”

Then, the Red Sox pulled off the impossible.

Trailing three going into the ninth, the Red Sox roared back. They scored four times in the ninth, capped by Rob Refsnyder’s walk-off single to score Rafael Devers as they came back to stun the Rangers, 9-8.

The Red Sox looked defeated – and Fenway was half-full going into the late innings – when they started their insane comeback with two runs in the eighth, fueled by an RBI double from Devers as he broke an 0-for-24 skid.

Then in the ninth, Devers pushed it over the finish line. Down three, Tommy Pham and Alex Verdugo drew leadoff walks, Xander Bogaerts hit an infield single and Devers hit a two-run double to make it a one-run game. Kiké Hernández followed with the game-tying single, and two batters later, Refsnyder hit the game-winner down the left-field line.

Five days after his seven-inning masterpiece against the Rays, Rich Hill took a step back. After issuing just two walks over four starts since returning from the injured list, the lefty gave away four free passes over just four innings as he dug the Red Sox an early hole.

Hill, working at a quick pace again, was spotless through two innings. But a leadoff walk in the third to No. 9 hitter Bubba Thompson came back to bite him, as back-to-back singles from Marcus Semien and Corey Seager scored Thompson to give the Rangers an early edge.

The Red Sox responded in the fourth, when Christian Arroyo carried his hot hitting into September. Alex Verdugo singled and Xander Bogaerts walked to lead off the inning before moving into scoring position with two outs after J.D. Martinez’s groundout. Then, Arroyo – who batted .326 with a .782 OPS in August – delivered again, lining a two-run double down the right-field line. Arroyo rounded second before returning to the bag for a celebratory dance, the most life the Red Sox seemed to show all night.

But their lead didn’t last long, as Hill couldn’t lead a shutdown inning in the fifth. He allowed another leadoff walk, this time to Semien. Seager followed with a game-tying RBI double, and after Nathaniel Lowe hit a first-pitch single, Hill’s night was over without completing an out in the frame.

John Schreiber came on with runners on first and third, but Adolis Garcia scored the go-ahead run on a groundout before another walk led to another run as Mark Mathias’ single gave the Rangers a 4-2 lead.

Verdugo hit a solo home run in the sixth – his first homer since Aug. 6 in Kansas City – to make it a one-run game. But the Red Sox’ subpar bullpen put them in a deeper hole.

Zack Kelly, making his third career appearance after impressing in his first two this week in Minnesota, couldn’t find the strike zone in the seventh, when he issued back-to-back walks to load the bases. Kole Calhoun hit a sacrifice fly to make it 5-3 before Kelly’s walks came back to bite him in unlucky fashion, as back-to-back infield singles scored another run.

Eduard Bazardo, selected for one of the Red Sox’ extra roster spots, was asked to take the eighth and it didn’t go any better as Garcia smoked a two-run homer to the Monster seats.