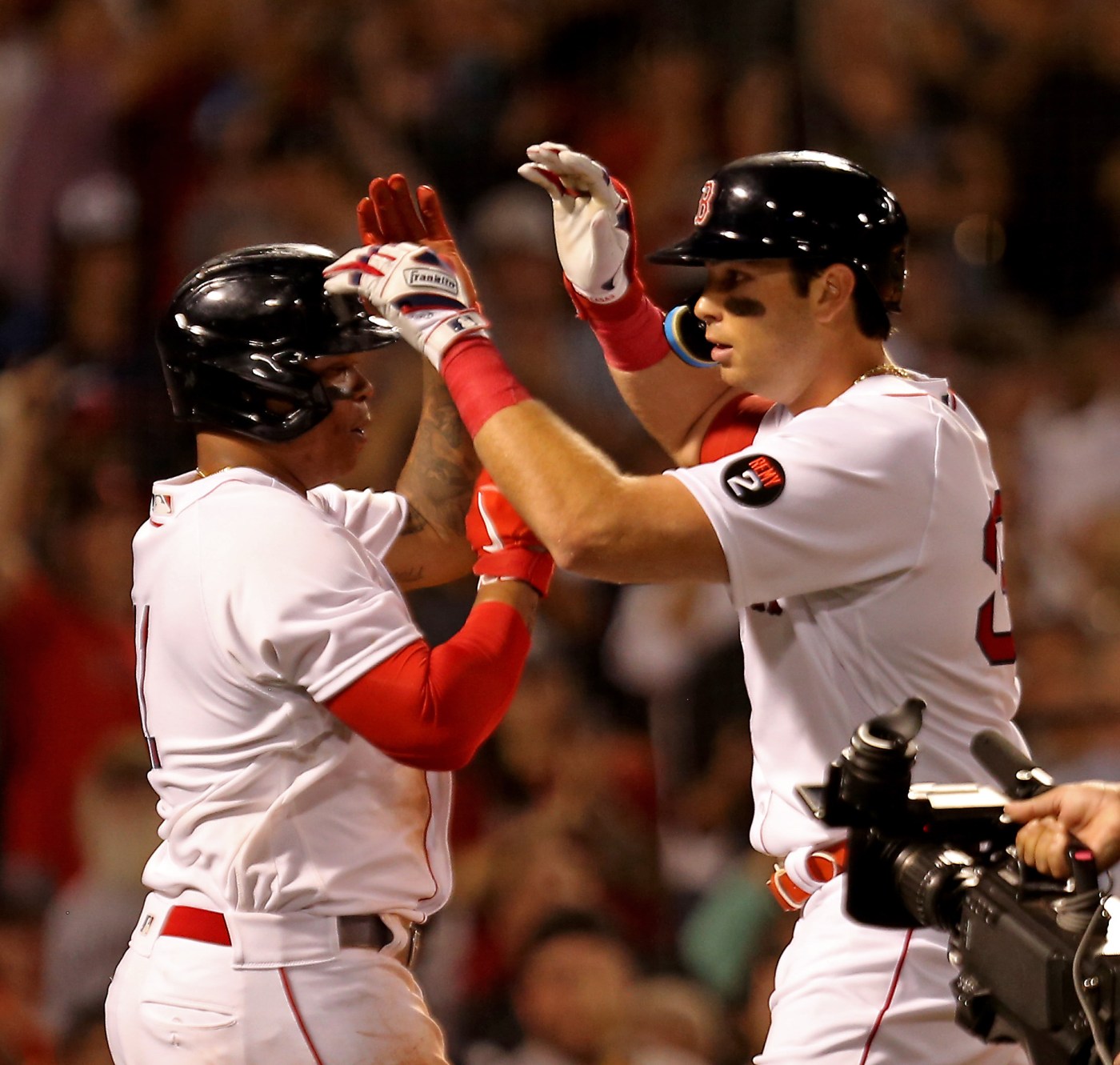 Three hours before Triston Casas was about to get his first taste of the Red Sox-Yankees rivalry, Alex Cora sat behind the cage and marveled.

Casas’ ability as a left-handed hitter to drive balls to the left-field wall caught Cora’s attention.

The Red Sox have seen a lot of lefty hitters master the art of going opposite-field and bouncing balls off of, or over, the Green Monster, and they’re hoping Casas can be one of them.

A few hours later, Casas stepped up for his first at-bat against Yankees ace Gerrit Cole and hit a missile over the Monster and off the billboard in left-center. The two-run shot temporarily gave the Sox a 2-0 lead in the second inning, but they couldn’t hold on and took a 7-6 loss in 10 innings.

“It’s tough that we came up short, but outside of that it was pretty awesome,” Casas said of his first taste of the rivalry. “I was trying to stay short. I knew I didn’t need to do much. Was just trying to get that run in. I was just trying to stay on top of the ball and hit a single, so I might try to apply that approach more often.”

Casas has just three hits through his first eight big league games, but two of them have left the park in majestic fashion.

This time he took a 98-mph fastball chest-high from Cole and put a beauty of a swing on it, staying level and driving it an estimated distance of 411 feet.

“I definitely think that wall is going to play to my swing,” he said. “Those pull side ones, with the exclusion of the one today, will go. But that short one is going to help me a lot. I’ll continue working on it, playing pepper with it and i’ll use it to my advantage.”

To see Casas get the best of a pitcher like Cole was a sign of things to come, the Red Sox hope. They haven’t had a player hit a home run in his first at-bat against the Yankees since Pat Dodson did it in 1986 at Yankee Stadium.

At this point it’s going to be difficult to slow down the hype train on Casas, who also stole second base later in the game.

“It’s funny because when he was taking batting practice I was like, ‘Oh, this is the first actually regular day for him at Fenway, show up early, do his routine, take batting practice out there,’” Cora said. “He was shooting balls over the Wall. It was impressive.

“He put some good at-bats. He had a good all-around ballgame. Good jump at first. Stole second. The first one of the year, he said. He’s a good player and that’s a good pitcher over there.”

Casas said he enjoyed meeting Aaron Judge when Judge reached via walk and talked to Casas at first base, though it was Judge’s two home runs that propelled the Yankees in this one.

“The thing I take away from his swing, especially seeing it live for the first time today, is just his effort level,” Casas said. “He’s going up there swinging pretty slowly, doesn’t sacrifice mechanics. He didn’t miss his pitches today.”