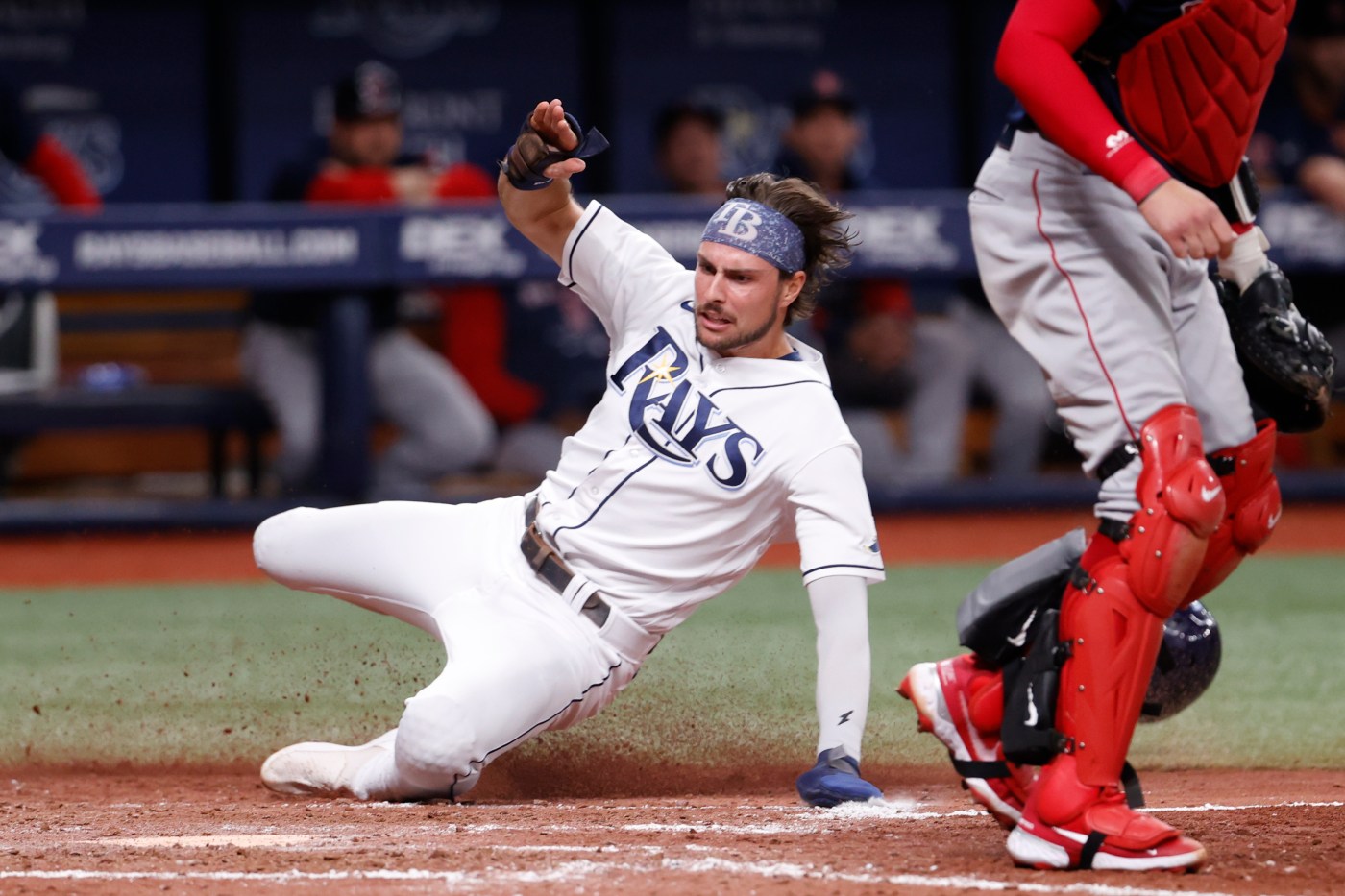 On a night when the Red Sox finally looked like they would turn the tides and create some much-needed momentum heading into the All-Star break, it all crashed down on them in excruciating fashion again. A late three-run lead quickly evaporated during a disastrous seventh inning, as the Rays roared back to hand the Red Sox a 5-4 loss and a frustrating four-game sweep at Tropicana Field.

No team in baseball looks like they need the All-Star break right now more than the Red Sox, who are finding new ways to lose on a nightly basis.

The Red Sox, after blowing a 3-0 lead that turned into a 5-3 deficit in the seventh, nearly rallied in the ninth, when Xander Bogaerts hit a leadoff single and Alex Verdugo followed with an RBI double that came within feet of a game-tying homer high off the right-field wall. But with a man on second and no outs, the Red Sox failed to capitalize as they suffered just their second sweep of the season while their division woes continued. Boston is now 11-24 this season against American League East opponents.

The Red Sox fell to 4-9 this month with three games against the Yankees this weekend in New York before the break.