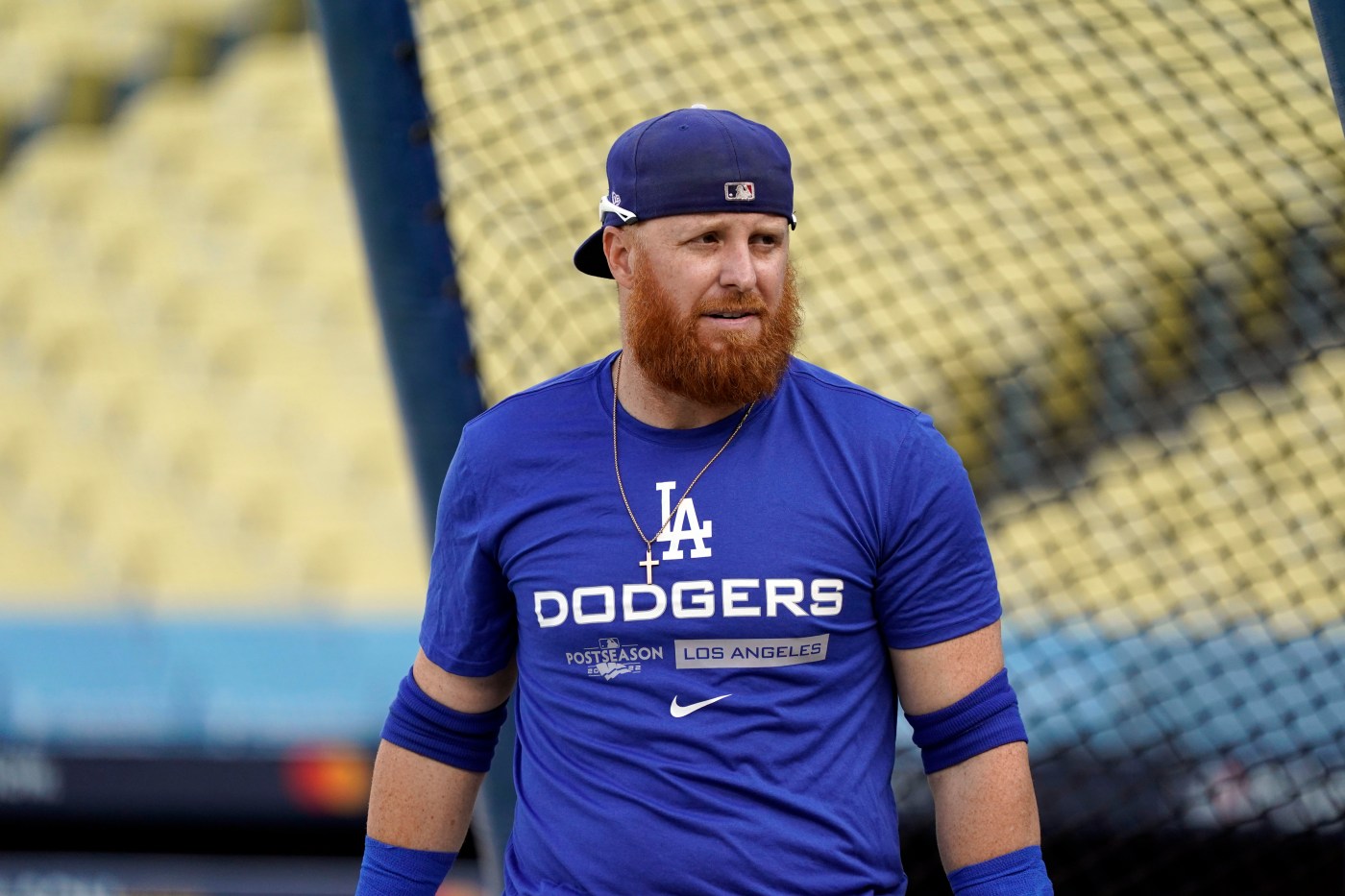 The Red Sox have found their replacement for J.D. Martinez.

Sunday evening, multiple outlets reported that the Sox had agreed to a two-year contract with Justin Turner, the 38-year-old who has spent the last nine seasons with the Dodgers, winning a World Series alongside Mookie Betts, Kiké Hernandez and Kenley Jansen in 2020.

Betts remains in Los Angeles along with Martinez, who reportedly signed a one-year, $10-million deal with the Dodgers this weekend, though the Red Sox now have Hernandez, Jansen and Turner on their roster. Hernandez was clearly excited about the move, posting a smiley face, a photo and a video of the two former teammates on social media Sunday.

While the Red Sox are being out-spent by a handful of teams this winter, they have been aggressive in signing several former Dodgers, including Jansen, Turner and reliever Chris Martin.

The financial details on Turner’s contract are uncertain, though ESPN reported it was a two-year deal worth $22 million that would allow Turner to opt out after the 2023 season. If so, the Sox are still about $30 million under the luxury tax threshold, though they’ve been over in each of the last two seasons.

They still need a starting pitcher and have insisted they want one who is a “leader” and would make them feel good about starting him in a playoff game. Most of the big names are off the board, though Nathan Eovaldi and Michael Wacha still remain.

Turner gives the Red Sox flexibility in that he can serve as a DH or a third baseman. He split his time between third and DH last year and has played mostly third base since joining the Dodgers from the Mets in 2014. But he also has some experience at first base, second base and shortstop. This far into his career, it’s unlikely he’d play a premium position.

Either way, the Sox get the right-handed bat they desperately needed after losing both Martinez and Xander Bogaerts in free agency.

Turner has been consistent against lefties and righties throughout his career and is theoretically capable of playing every day, though he’s recorded more than 500 at-bats just once in the last six years.

His plate approach has long been considered elite, with his ability to draw walks and avoid strikeouts as good as any. Along with the Sox’ signing of Japanese outfielder Masataka Yoshida, who profiles as a premium leadoff man with his ability to get on base, the Red Sox now have a pair of players with much more patient approaches than most of the players on the roster.

Striking out too often and chasing pitches out of the zone has been an issue in recent years and something manager Alex Cora has stressed to his players. Cora and chief baseball officer Chaim Bloom have said this winter that they want to find players with smarter approaches, and it appears they’re doing just that.

While they still need to find either a second baseman, center fielder or shortstop to replace Bogaerts, they’ve added enough pieces to have a lineup that looks capable.

One possible lineup would go Yoshida in left field, Rafael Devers at third, Turner at DH, Story at shortstop, Triston Casas at first base, Alex Verdugo in right, Hernandez in center, Christian Arroyo at second and Reese McGuire at catcher.

The Red Sox have been involved in the catching market but it’s clear their biggest needs at this point in the offseason are in the middle infield and starting rotation.