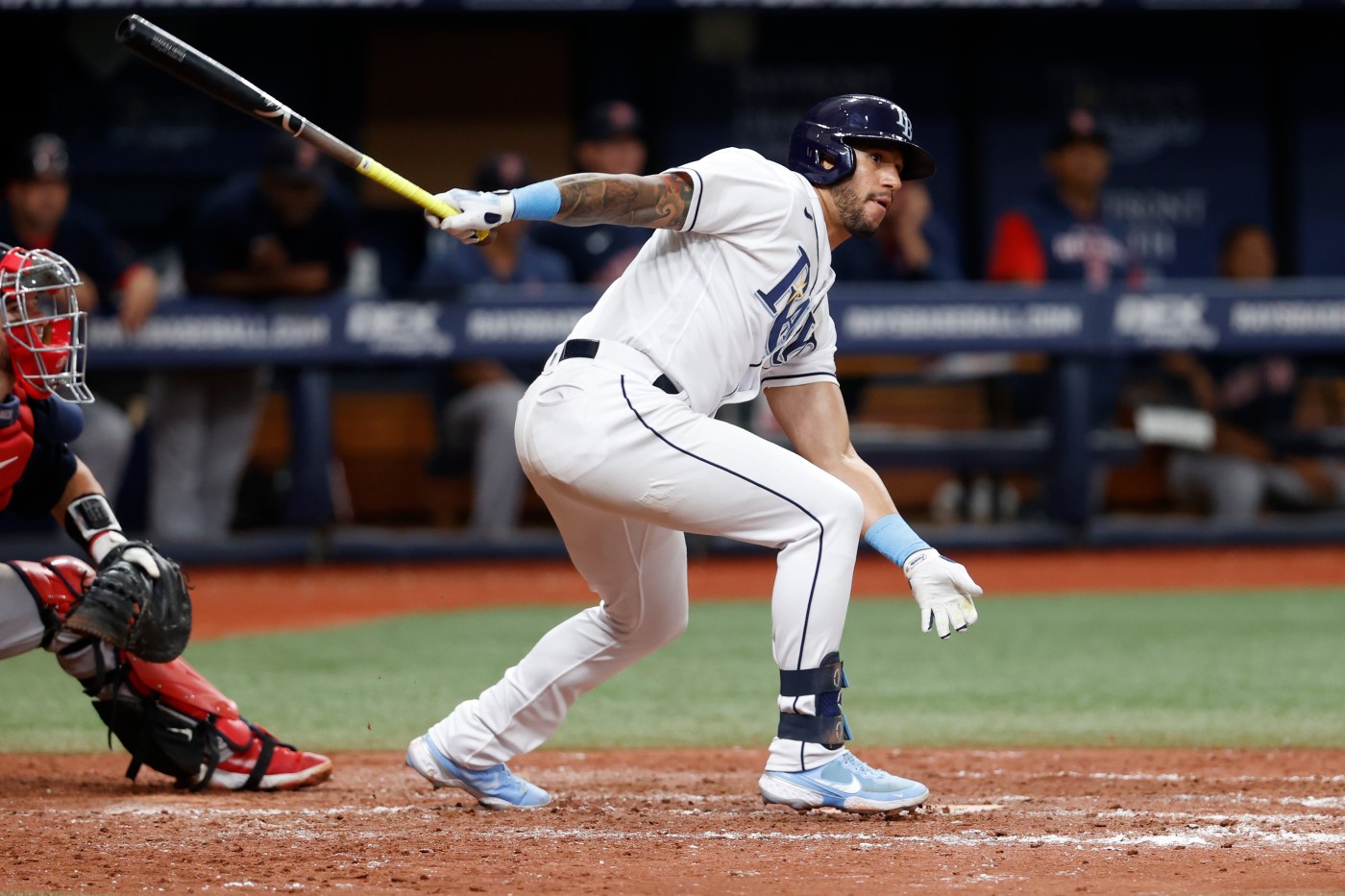 Another day, another reminder that the Red Sox did little to address their bullpen this season.

The Red Sox were short on dependable arms to start the year, still short when they didn’t add anyone — and in fact, subtracted — at the trade deadline, and now in September, it’s continuing to cost them games and one of the reasons they’re nowhere near the playoff picture, now nine games back of the third wild card with 26 games left.

It was the same old on Monday at Tropicana Field, where the Red Sox wasted another strong start by Michael Wacha. A seventh-inning lead was quickly lost as Jeurys Familia and Zack Kelly combined to give up two runs and the Sox couldn’t recover in a 4-3 loss to the Rays to stop their winning streak at five games.

Wacha continued his terrific season with another gem, tossing six innings and giving up two runs — punctuated with the 1,000th strikeout of his career — as the Red Sox led 3-2 going into the seventh inning.

They couldn’t hang on. Both the offense and bullpen can be blamed.

The Red Sox had a golden chance to add on in the top of the seventh, when Xander Bogaerts singled and Rafael Devers drew a walk to load the bases with two outs for Trevor Story, who’s been on fire at the plate since coming off the injured list last weekend. But the second baseman couldn’t come through again, as he struck out swinging on Calvin Faucher’s 98 mph fastball to end the inning.

“We didn’t put them away,” Red Sox manager Alex Cora told reporters in Tampa on NESN.

Neither could the bullpen. Again.

Without Garrett Whitlock (30 pitches in two innings on Saturday) and John Schreiber (back-to-back outings Saturday and Sunday), their two most reliable relievers, available, the Red Sox went to Familia, who they signed to a minor league deal last month, to protect a one-run lead. He couldn’t.

The inning started with a questionable call. Familia put the tying runner on when he hit Vidal Brujan with a pitch, but the Rays hitter was struck on his arm as he checked his swing. Though he didn’t make an effort to get out of the way, he was still awarded first base.

It spiraled after that. Brujan went on to steal second base, then moved to third on a Jose Siri groundout and then scored the tying run on Manuel Margot’s double to the right-center gap as the Red Sox bullpen blew another late lead.

That ended Familia’s day as Cora gave the ball to Kelly, who made his major league debut last week and came off the paternity list on Monday. He also couldn’t get the job done, as David Peralta’s two-out double down the right field line scored Margot for the go-ahead run.

After the bullpen — and the Red Sox’ best arms — were exhausted over this weekend’s sweep of the Rangers, this is what was left.

“There’s going to be days that people are going to be down,” Cora said. “We knew that coming into the game that Familia was a big part of this and Kelly and then (Matt) Barnes, it just didn’t happen. They did what they did, we hit the first batter in that inning.

“But I think overall, we threw the ball well. Peralta out in front, he hits the ball over the bag. That’s the way they do it. They put the ball in play, they put pressure on you and they win a lot of games playing that way.”

The Red Sox didn’t recover. They had the tying run on second with two outs in the ninth after Alex Verdugo advanced to second on a throwing error, but Bogaerts struck out looking to end the game.

“We put pressure on them but we were unable to cash in and they did,” Cora said. “They put the ball in play in certain situations and they pitched well later on in the game and that’s why they won.”

The Red Sox seemed to avoid a scare after Franchy Cordero left the game in the fifth, when he suffered a right ankle sprain. Playing left field, Cordero raced back to the wall to try fielding a ball hit by Randy Arozarena, but he caught his spike in the wall and went down in pain before eventually being carted off. Cordero told reporters that scans have come back negative and Cora said he’ll get an MRI on Tuesday.

“He’s going to get an MRI tomorrow to see if there’s ligament damage,” Cora said. “We doubt it, but of course we have to wait and see. He’s sore, of course, but we’ll wait and see for tomorrow.”