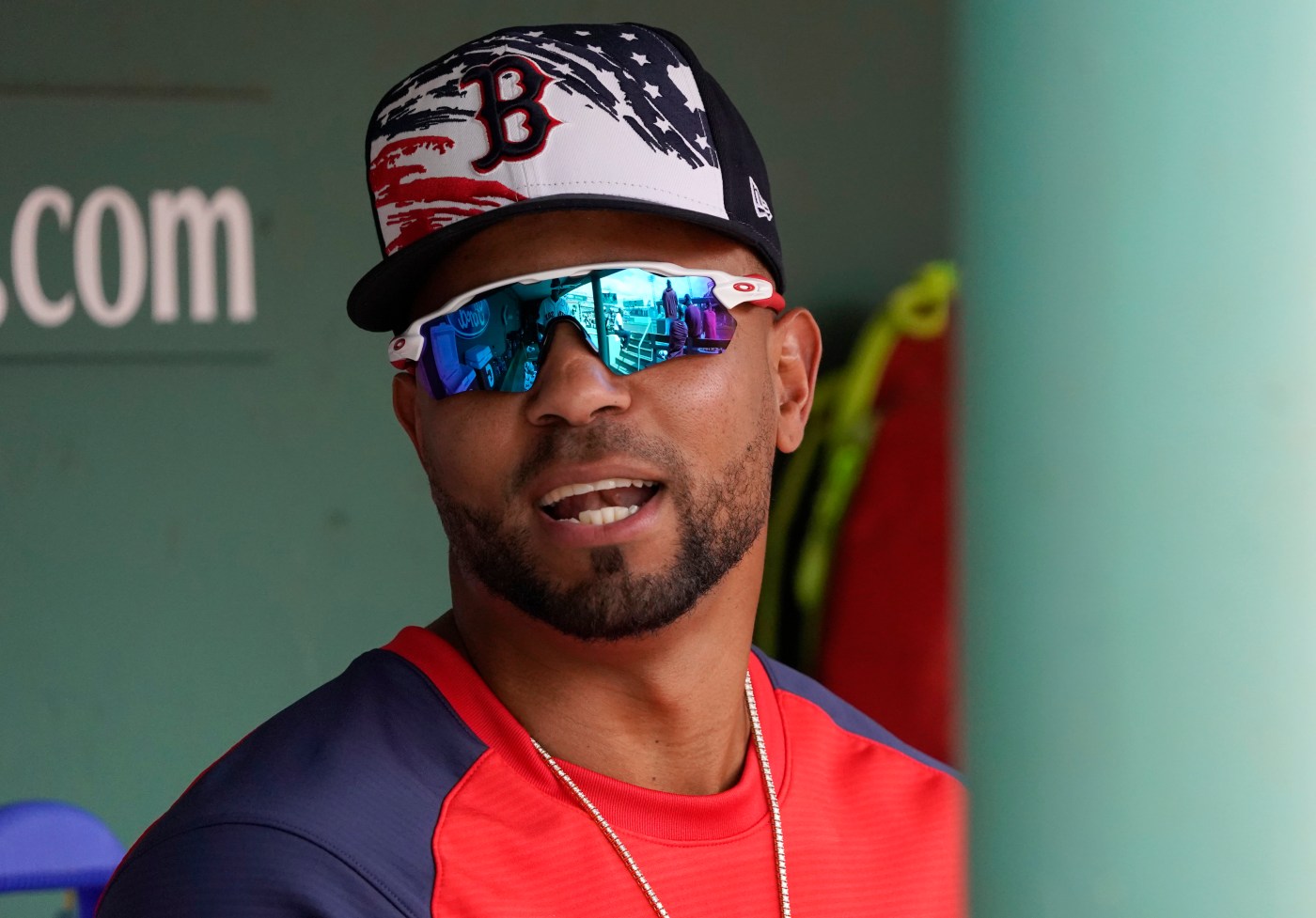 Xander Bogaerts stock continues to go up as he heads into free agency.

For just the second time in his career, Bogaerts was named a finalist for a Gold Glove Award as one of the top three shortstops in the American League.

He’ll be competing against the Astros’ Jeremy Pena and the Twins’ Carlos Correa for the award. Winners will be announced Nov. 1 on ESPN.

Bogaerts wasn’t the only Red Sox player nominated as a finalist, as Jackie Bradley Jr. was named a finalist in right field. The Sox kept him in right field for nearly the duration of his tenure with the club this season before they released him in August and he signed on with the Blue Jays for the remainder of the season and a brief playoff run.

Bogaerts, who was previously nominated for a Gold Glove in 2015, has never won the award, but he said it was a personal goal entering the season and then he submitted perhaps his finest defensive year to date.

The 30-year-old showed improved quickness while continuing to prove that range isn’t the only quality in premium shortstops. His decision-making abilities and internal clock often set him apart, and it’s his ability to convert extra outs, turn double plays and make routine plays with regularity that made him one of the best defensive shortstops this year.

Gold Glove awards are voted on by managers and six coaches from each team in the A.L. They cannot vote for their own players.

Sabermetrics are also included in the decision. SABR doesn’t reveal exactly how much weight the numbers have in the voting process, but in the past, 25% of the decision came from the SABR Defensive Index, which has Bogaerts’ 4.0 rating third out of 15 qualified shortops in the A.L. this year. Only Pena (8.3) and the Angels’ Andrew Velazquez (7.3) came in higher, while Correa (3.1) ranked fifth.

The comparison with Correa is an important one given the two are both eligible for free agency after they opt out of their team-friendly deals.

Correa’s is a much more lucrative deal, as he has two years, $70 million remaining, while Bogaerts’ three years, $60 million will surely prove to be far less than what he’s worth.

“With the year that I have had, my health and my being at the best moment of my career at 28, that is the right decision,” Correa told Puerto Rican newspaper El Nuevo Día last week.

Bogaerts, 30, has out-paced the offensive performance of Correa, 28, since Alex Cora went from being the Astros’ bench coach to the Red Sox’ manager in 2018.

In that span, Bogaerts’ .880 OPS clearly out-paced every other shortstop while Correa’s .817 OPS ranks fifth.

Trevor Story, who ranks second on that list with an .858 OPS in that time, is expected to slide from second base to shortstop if the Red Sox choose not to re-sign Bogaerts, though Story’s history of arm problems and lack of perceived arm strength this year don’t bode well for his long-term viability at the position.

The Dodgers’ Trea Turner, who ranks third with an .843 OPS, is also eligible for free agency in what should be a loaded market of talented shortstops.

The Sox reportedly offered Bogaerts just a $30 million additional extension, which he obviously did not accept, though the team has not confirmed that report.

“Our position hasn’t changed on that,” Bloom said in early October. “Nothing I say really matters unless there’s a deal, but our position’s the same. We want to keep him here for a long time, we want him here on a deal that we’re going to look back on and say this is great for everybody.”