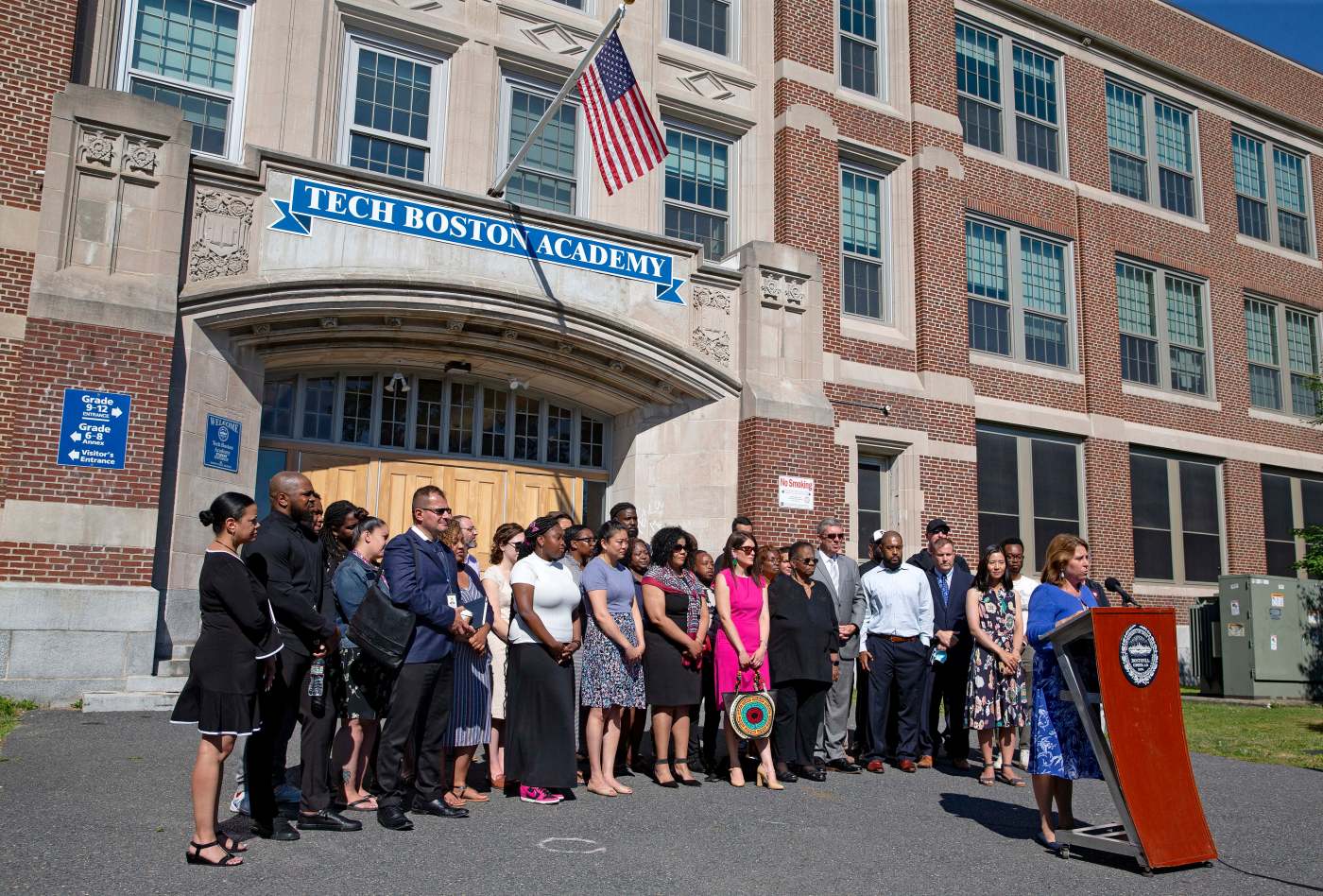 Mayor Michelle Wu’s announcement of a partnership with The New England Conservatory securing $14.5 million to expand musical education for Boston students is a good beginning to reimagine possibilities for the Boston Public Schools. Perhaps this could provide a model for partnerships with other Boston institutions. The city’s art museums or art schools could help enhance art education. And, partnerships with Boston’s hospitals, medical and dental schools and mental health agencies could place school-based clinics in school neighborhoods that need it the most.

While dropout rates have improved, and the number of Advanced Placement courses increased, the number of students passing all 10 MCAS exams remains stagnant at 58%. Only one in five students are attending summer learning initiatives. Boston Public Schools are 11 percentage points below the state average in college attendance.

According to reports published in the Herald, Boston Public School enrollment has dropped for eight consecutive years. While birthrate decline can account for some of the loss, the truth is that Boston Public School parents are leaving for charter, private, parochial and suburban schools because the current system cannot guarantee quality. That’s a big problem.

With the leadership of a new mayor and superintendent, this is the time to call together federal and state government, the business community, higher education and philanthropic organizations in a multi-sector partnership to carefully plan and implement possibilities for improvement. Such a group might be called upon to start rethinking the system from scratch.

One such possibility might be the creation of competitive innovation zones, based on the geographic segments of the city with the highest need.  An idea might be to allow innovation unrestricted by federal and state regulations. This multi-sector partnership can seek to invite all interested parties to the table. As the saying goes, to make an omelet you have to break some eggs.

While many have tried to reform the Boston Public Schools and made some gains, we are still failing far too many students and their families. Improvements made in the past, while successful, have not been sustained. Education reformers talk a good game, but now is the time for aggressive action.

A competition for the most successful plans for five new models can be sponsored by such a multi-sector partnership. The implementation of any new models must be based on excellent research and evaluation designs. Innovation takes time to take root. Five to seven years’ worth of data should be collected to include academic achievement, as well as excitement about acquiring new knowledge, skills and dispositions. Other evaluations should include the levels of parent and community engagement and teacher satisfaction.

Boston is the home of educational innovation: The Boston Latin School in 1635, and Horace Mann’s notion of The Common School, which greatly influenced American education in the 19th century. It is time to reimagine our schools to ensure that our students can contribute to a rapidly changing political, social, economic and technological new world. Our mayor and new superintendent and other sector Boston leaders must become the 21st century Horace Manns. Boston has many strong economic sectors, such as health, technology and higher education. Strong cities need strong public schools to maintain their competitive edge. Boston can reinvent urban education for other major cities to follow. Bostonians are innovators.  We need to ensure that all our students can innovate as well.

Dr. Susan Tave Zelman is a former professor and chair of education at Emmanuel college, and former associate commissioner of education at the Massachusetts Department of Education. She is the author of “The Buying and Selling of American Education: Reimagining a System of Schools for All Children.”