Todays Though > News > Relax, these aren’t the same ’ol Dolphins … are they? – Boston Herald
News

Relax, these aren’t the same ’ol Dolphins … are they? – Boston Herald 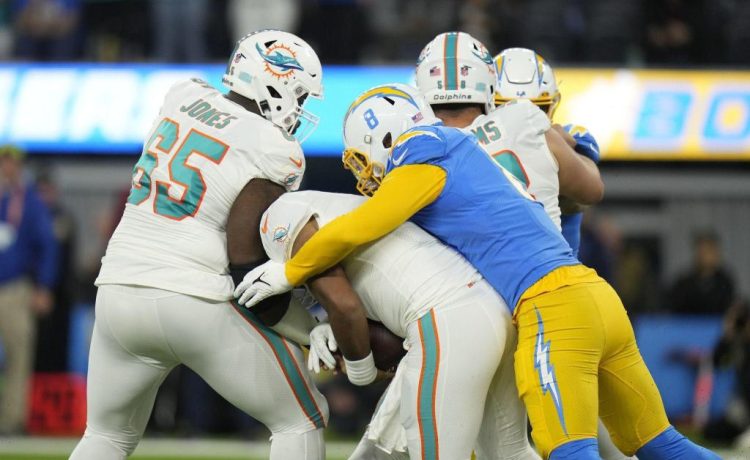 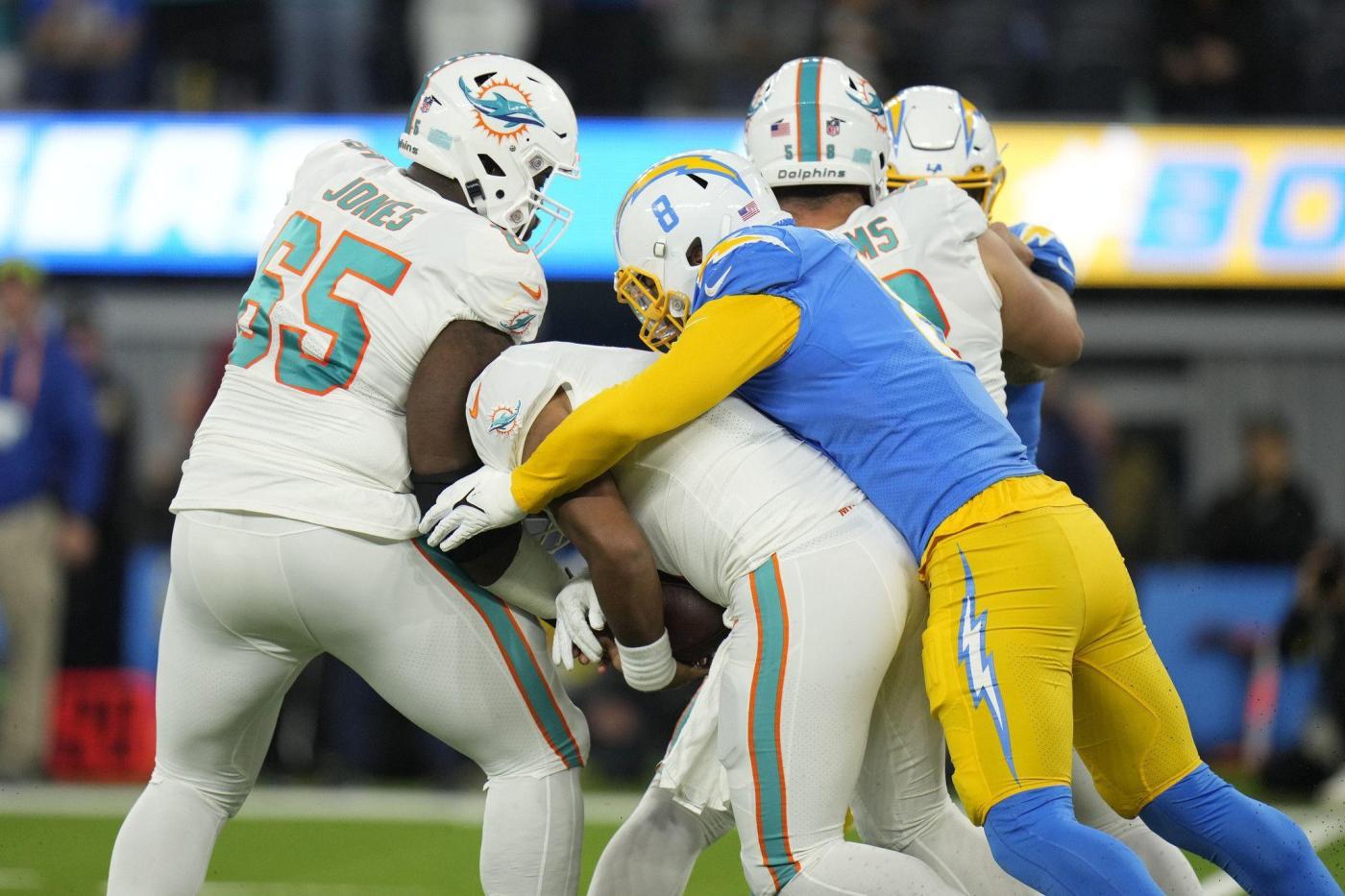 It’s tough to know where to start after the Dolphins’ 23-17 loss to the Los Angeles Chargers on Sunday night.

It’s not health, although that could be a concern depending on the verdicts on wide receiver Tyreek Hill (ankle) and running back Jeff Wilson Jr. (hip).

And the Dolphins play two of them, the Bills and the Patriots, on the road.

You wanted the excitement of December football?

Dolphins fans were resting easy knowing the ghosts of past seasons, when failure in crucial late-season games was the norm, weren’t going to haunt them this year. Now, those bad dreams are being stirred up again.

But, relax. These aren’t those Dolphins.

On the other hand, we still don’t know these Dolphins.

A victory over the Chargers accompanied by a decent game by Tagovailoa would have made us think we know this team.

But what we saw Sunday throws major doubt on lots of things.

The Bills, who the Dolphins visit Saturday night on a short-week road game, are humming right now, having won four consecutive games.

The Dolphins are sputtering having lost back-to-back games, scoring a mere 17 points in each.

The good news is it’s not inevitable the Dolphins lose at Buffalo and fall to 8-6, needing to win two of their final three to make the playoffs.

But things are leaning in that direction.

Start at the most important position on the field.

Recently, all three have been better than Dolphins quarterback Tua Tagovailoa.

That’s another problem, a major problem.

Here are a couple of others.

Defensively, the Dolphins have given up at least 23 points in every road game this year.

None of that sets up well when preparing for the Bills.

No, Buffalo isn’t a must-win game.

And neither is Green Bay, which is on Christmas, just around the corner.

However, it would be nice for the Dolphins to win one of those games (Green Bay is most likely). Otherwise, the Dolphins could be 8-7 heading into the final two games, an unthinkable situation considering their 8-3 mark of a couple of weeks ago.

The good news for the Dolphins is Hill and left tackle Terron Armstead should both be available for the Buffalo game. As long as they’re out there along with Tagovailoa and wide receiver Jaylen Waddle, you’d like to think the offense has a chance.

The thing to keep in mind, however, is this isn’t a Tyreek thing, or a Terron thing, or a Tua thing, or an offense thing, or a defense thing. This is a Dolphins thing. Everyone, including coach Mike McDaniel, special teams, assistant coaches, players on the scout team, everyone, must be better this week.

At some point the Dolphins have got to return to the business of beating good teams, which is what they did on their way to a 3-0 start.

This business of relying on beating sub .500 teams can’t get the Dolphins to the playoffs.

Let’s hope we don’t have to go down that road.