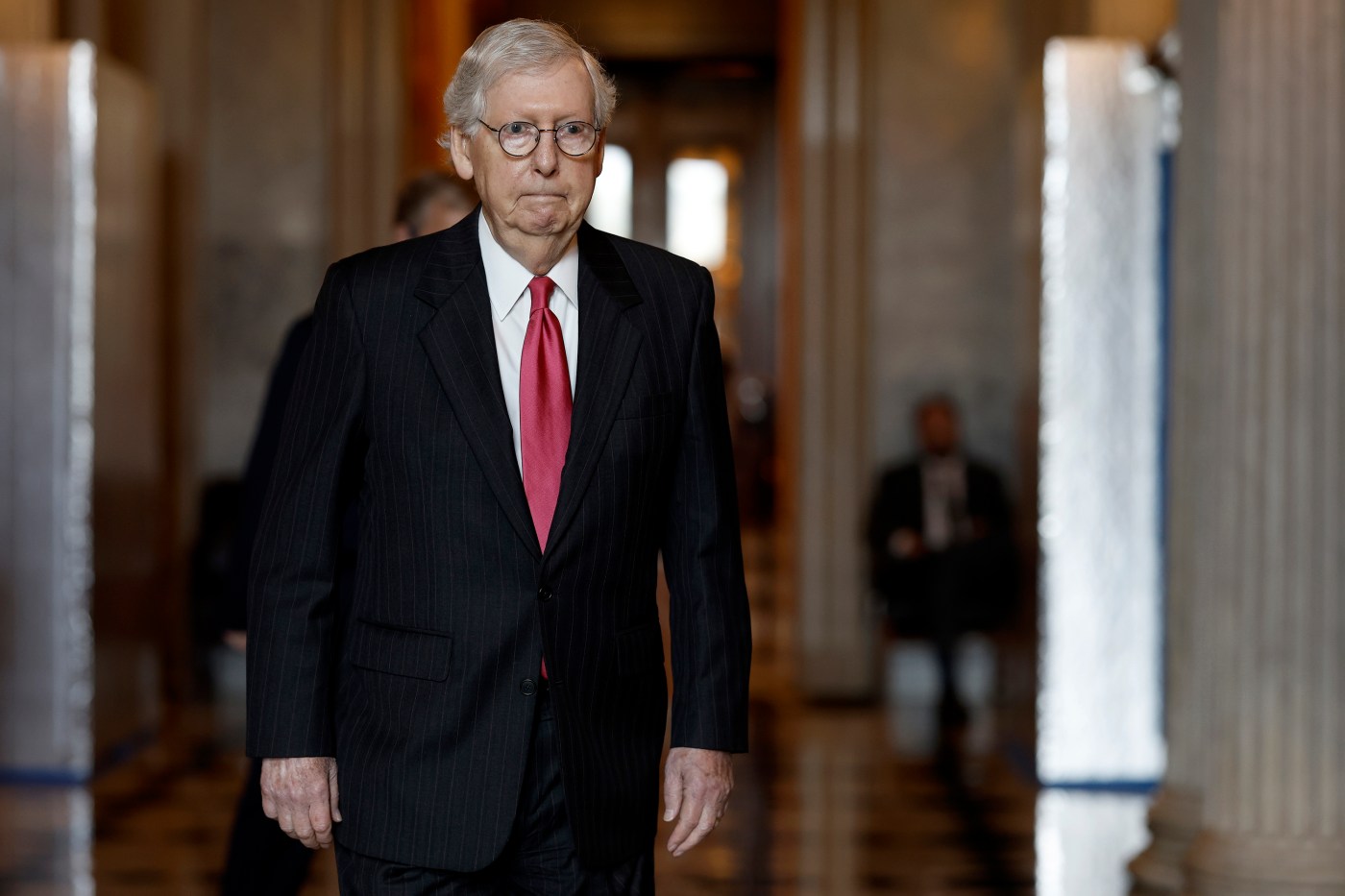 Senate Minority Leader Mitch McConnell, if you cannot win a majority in the U.S. Senate in 2022 with a “hurricane style” wind at your back, the problem rests with the person you see in the mirror.

We can begin to change the direction of the country with the midterm elections in November. We cannot change the man in the White House, whose approval rating hovers around a dismal 40%, but we can change the folks holding the keys to the Capitol: Senate Majority Leader Chuck Schumer and Speaker of the House Nancy Pelosi.

Let us remember, the most important vote for members of House and Senate will be the first vote cast. It will be the votes for Speaker of the House and Majority Leader of the Senate that will change the direction of the nation if Republicans gain control of both chambers of Congress. It is just that simple.

We can extract President Joe Biden from the claws of the radical octogenarian House leadership as well as from the 80-year-old socialist Sen. Bernie Sanders.

With a majority of the members of Congress from the Republican Party, all the chairmen/chairwomen of committees would change. Members of committees, funding and staffing for each party all change in favor of the Republicans. Most importantly, the radical liberal agenda of the Democrats would come to an end. This is huge!

We will return to a safer America, protect our borders, and make our foes fear us again, instead of merely having our friends like us more than they liked us before — not a true accomplishment.

Given the constant use of our Strategic Petroleum Reserves — meant for a true crisis — we are at the lowest oil level since 1985. And despite the fist-bump with Saudi Arabia’s leader, the Saudis do not seem anxious to assist us.

We have an “abundance” of shortages — teachers, pilots, baby formula — compounded by overall supply-chain issues.

Lastly, Republicans will not attempt to tax and spend our way out of a recession and high inflation. Doing that is like tossing gasoline on the proverbial fire.

If the GOP Senate candidates do not prevail in key races, it can get worse.

America will be facing Democrat attempts to make our nation the mirror image of China and Russia — via one-party rule. They will seek to solidify their one-party way of passing legislation by getting rid of the Senate filibuster, which would not require any Republican involvement in passing legislation.

The mere fact that McConnell, who is also part of the octogenarian crowd, cannot adequately explain and promote these facts should be a clue to the other Republican senators that maybe they are in need of new blood at the helm. As in baseball, great pitchers lose a little on their fast ball with age.

It was disappointing to hear McConnell speak disparagingly about his potential Senate colleagues as they struggled to climb the ladder. They are accomplished men and women who were tried and tested by GOP voters in their respective states. They need encouragement and support. Fundraising parity or superiority increases the odds of victory.

Announcing that Republicans would not seek a national abortion ban was a good move. The polls show that it is one of the Democrats’ top issues they will use to energize their voters. They will still harp on the issue even though the courts already ruled that abortion must be decided by the states, not by Congress, as demonstrated by the recent Kansas Abortion Referendum.

Sen. McConnell, winning a majority in the Senate or House will not be an uncontested layup in basketball terms. But — using a football term — it should not take a Hail Mary pass to win, either.

Gary Franks served three terms as U.S. representative for Connecticut’s 5th District. He was the first Black Republican elected to the House in nearly 60 years and New England’s first Black member of the House. He is the host of the podcast “We Speak Frankly.” Follow him on Twitter @GaryFranks.