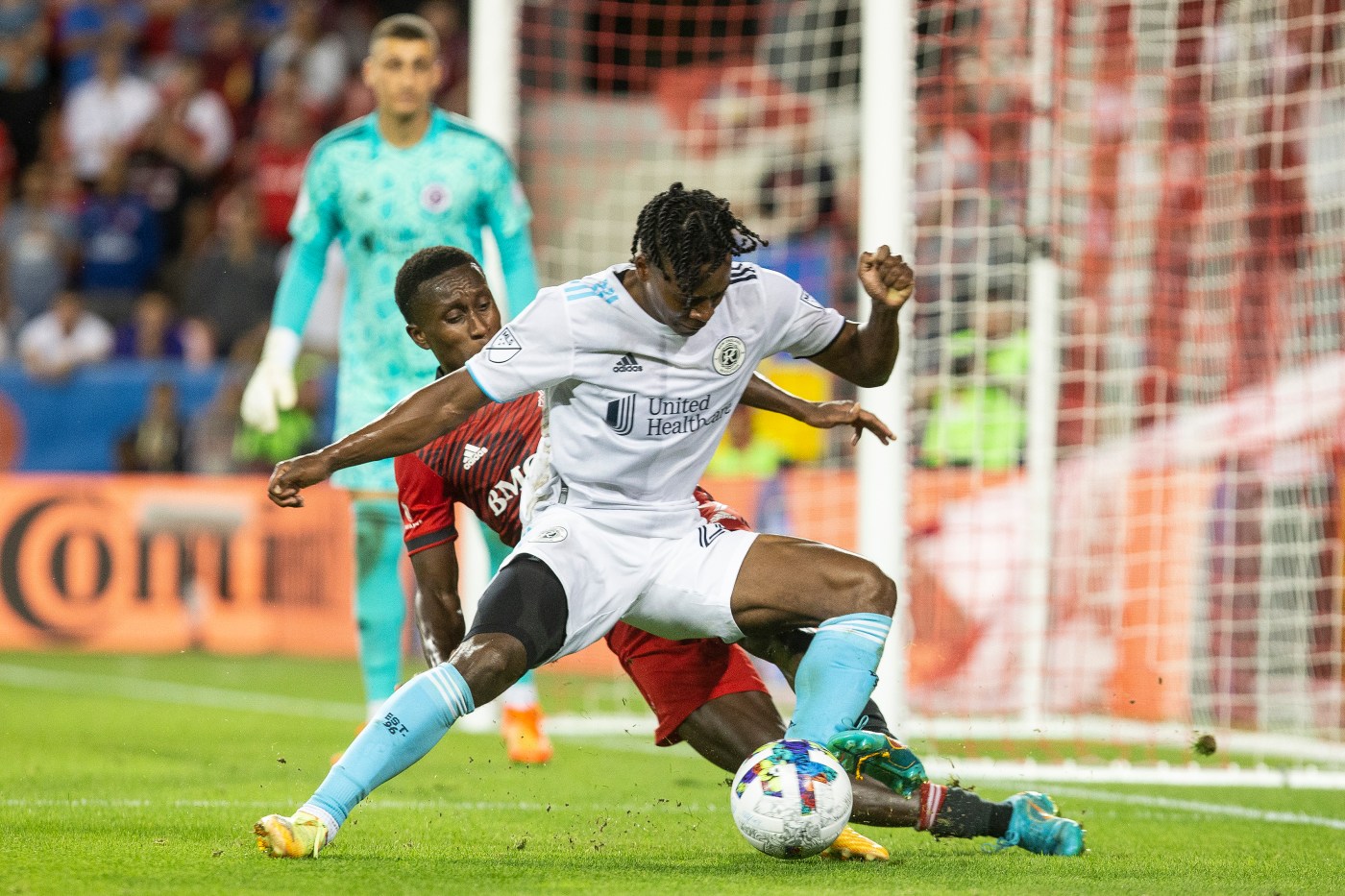 The Revolution picked up a needed point in the middle of busy stretch under difficult circumstances, withstanding a relentless onslaught in the second half and holding on to secure a 2-2 draw with Toronto FC on Wednesday night at maniacal BMO Field.

The Revolution, now 8-7-10, extended their unbeaten streak to five games (2-0-3) and moved into sixth place in the Eastern Conference with nine contest remaining. They had their ongoing shutout streak stopped at 402 minutes, well off the record of 420 set in 2013. The Revs play their third game in eight days on Saturday night in Montreal.

“We had a plan to defend as a team and we did that and we had a chance to get three points,” said Revolution head coach Bruce Arena. “Getting one is a real good achievement for the team.

“Just getting a point on the road against a team that is built to win a lot games. We got a result and that’s a positive.”

The shutout streak ended in the 31st minute when referee Fotis Bazakos issued a yellow card to Christian Makoun for fouling attacker Ayo Akinola in the penalty area. Midfielder Federico Bernardeschi faked keeper Djordje Petrovic to the near post and kicked it to the opposite side for his fourth of the season.

“The referee gave them a soft penalty,” said Arena. “When I saw it on tape, I didn’t think it was a penalty.”

The Revolution tied the game on a hustle play by midfielder Tommy McNamara in the 37th minute. Carles Gil lofted a cross into the penalty area that McNamara redirected toward the goal. Toronto keeper Alex Bono made in the initial save, but McNamara booted in the rebound for his second of the season.

“He (McNamara) obviously got the first goal and played a very good game defensively in the midfield against a very talented team,” said Arena.

The Revolution went ahead 2-1 when Gil caught the Toronto backline napping in the 48th minute. Gil gained possession outside the box when he spied Justin Rennicks slip behind the backs.

Gil made a soft pass to Rennicks, who was unaccounted for on the right side. Rennicks fired a shot that went between Bono’s legs for his second of the season. Gil’s second assist of the game tied him for the league lead with 14.

“The second goal was a very good goal for Rennicks on that little diagonal run in the penalty area,” said Arena. “Give Justin credit getting it on goal and give Carles credit for the assist.”

Toronto dominated the second half and had several solid scoring chances off a succession of free kicks and corner kicks. The Revolution did a good job defending the penalty area and Petrovic stopped the shots that got through. Toronto tied the game 2-2 in the 75th minute when defender Domenico Criscito lofted the ball past Petrovic.