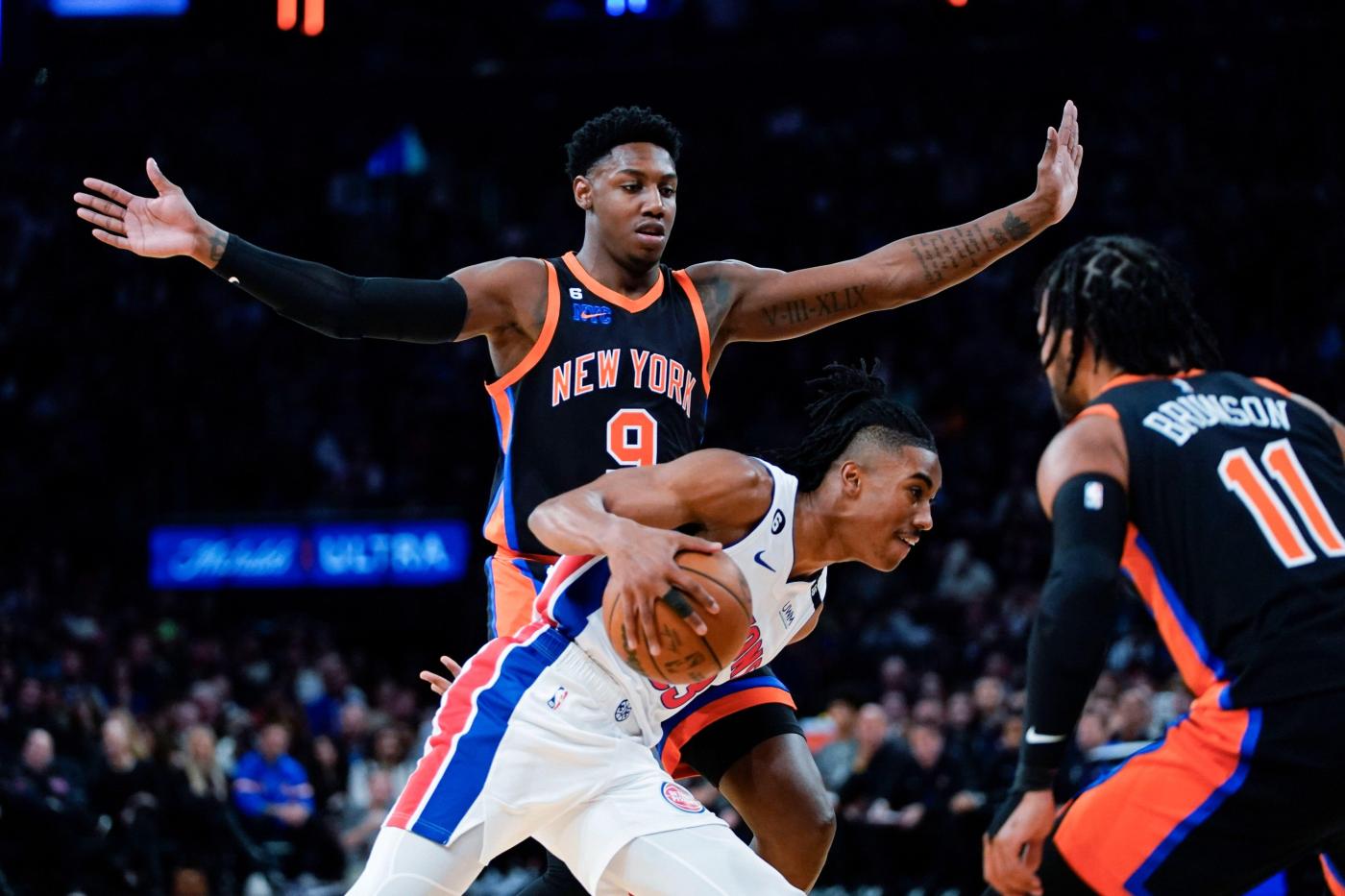 RJ Barrett turned in arguably his best performance of the season. The 22-year-old racked up 30 points on 10 of 17 shooting from the field with five rebounds and five assists. Barrett snapped the Knicks’ streak of poor shooting late in the first quarter as they started 0 for 7 from downtown and dished a corner pass to Immanuel Quickley who delivered the dagger with under a minute to go and seal the victory for the Knicks.

The Pistons made a late push after being down 14 entering the fourth quarter and got the lead down to as few as six points, however, Jalen Brunson straightened out the troops.

Brunson scored back-to-back possessions and assisted on an Obi Toppin three to get the lead back up to 10 and the Knicks never hardly looked back. Brunson registered 26 points while adding four steals and continued his strong play this season.

Julius Randle was the third Knick to score over 20 points on Friday. The forward executed some clutch buckets down the stretch on his way to scoring 21 points on 8 of 18 from the floor.

Isiah Hartenstein and Cam Reddish both found themselves in the starting lineup for Tom Thibodeau. Reddish only registered 18 minutes and continued his stretch of inefficiency as he shot 2 for 6 from the field after his 0 for 7 performance against the Nets on Wednesday.

Hartenstein filled the void left by Mitchell Robinson. The center recorded six points and 12 rebounds in 32 minutes for Thibodeau. The big man has been a pleasant addition to the Knicks as his season averages were 7.5 points and 8.1 rebounds per game.

Derrick Rose saw 16 minutes of action on Friday night which is tied for the second most of his season. The 34-year-old gave the Knicks solid action as he recorded eight points and two assists off the bench. Rose has not been certain what his role is this season.

“I’m letting everybody be, man,” Rose said. “I don’t want to have that conversation with him just off the strength that he has a lot on his plate – the team does. So the last guy he wants to hear from is the guy who has been in the league for 15 years going in and complaining and b—tching.

“Just trying to give everybody the space, remain myself, and help the young guys. I think I’ve been doing a good job helping — talking to people when they’re on the floor. That’s what I can do right now. And try not to f—k up the game whenever I get in.