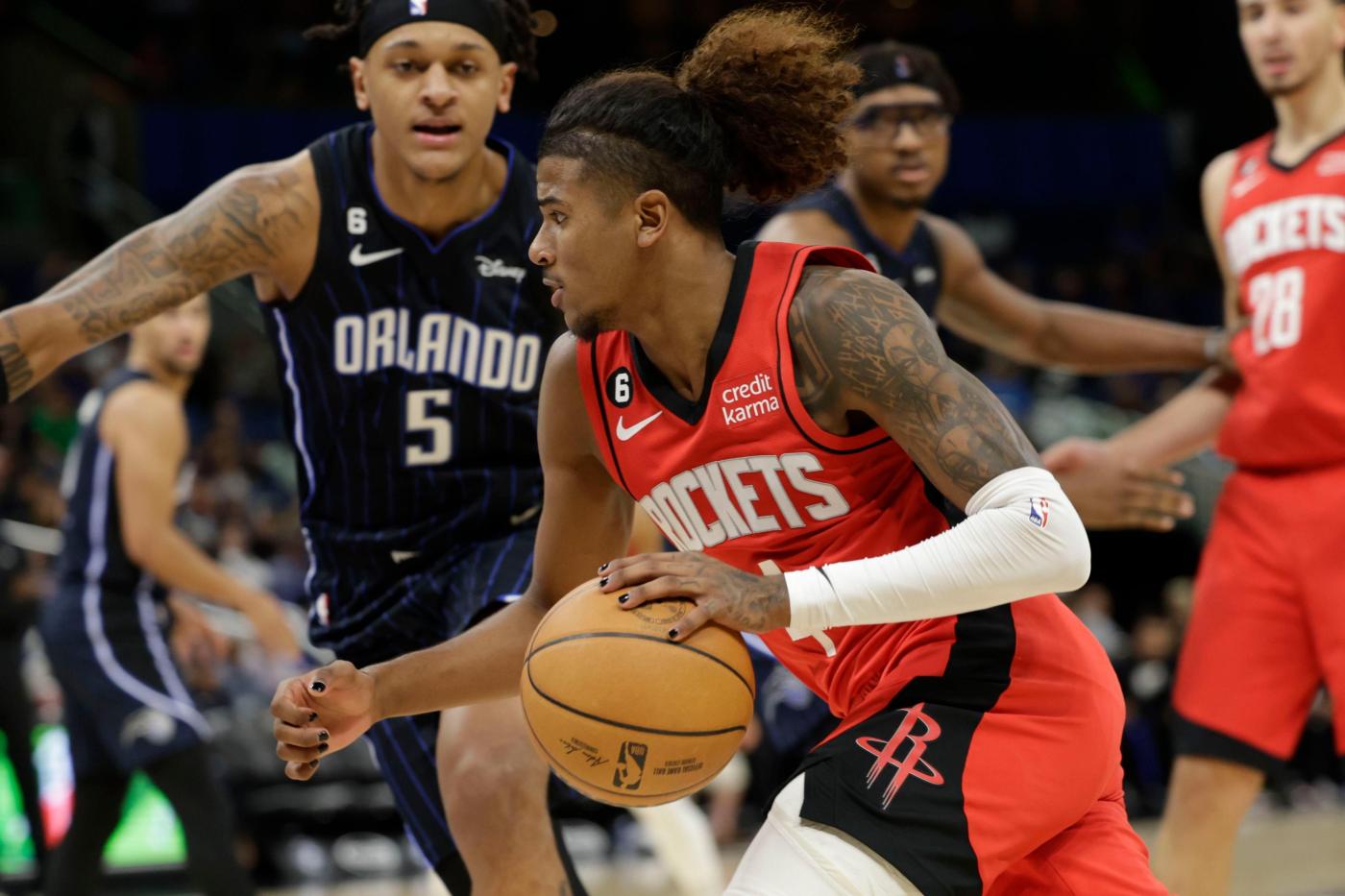 But there was a period, Banchero said, where the two were almost college teammates.

“We almost went to Tennessee together,” Banchero said ahead of the matchup featuring two of the past draft’s top-three picks. “Not a lot of people know that.

How seriously did Banchero and Smith consider playing at Tennessee under coach Rick Barnes?

“Me and Jabari both took official visits there,” Banchero said. “I had a great relationship with the coaching staff at Tennessee.”

Banchero and Smith were in a group chat along with current Memphis Grizzlies guard Kennedy Chandler, a Tennessee native who wound up playing for the Volunteers.

Banchero and Smith played for Duke and Auburn, respectively, before becoming top picks. Chandler was drafted by the Grizzlies in the second round (No. 38 overall) in June.

“That was almost a thing,” Banchero said. “Ended up working out the way he did. We all got to where we’re supposed to go.”

Although Banchero (30 points on 8-of-15 shooting, 12 of 14 on free throws to go with 6 rebounds and 3 assists) had the better individual performance, Smith (3 points on 1-of-4 shooting) and the Rockets (2-9) left Central Florida with their second win.

Franz Wagner added 23 points (9-of-12 shooting), 7 assists and 5 rebounds while Terrence Ross scored 21 off the bench.

Monday was Banchero’s second consecutive 30-point game but the Magic (2-9) left Amway Center without the victory because the Rockets took advantage of their defense.

The Rockets got comfortable from beyond the arc because of the defensive attention Alperen Şengün (20 points, 10 rebounds and 4 assists) garnered in the first half and their ability to get into the paint to create catch-and-shoot looks from beyond the arc.

Monday marked the second consecutive game Banchero played opposite another top pick from his draft class.

The Magic were coming off a loss to the Sacramento Kings, who drafted Keegan Murray with the No. 4 pick, on Saturday.

All 30 NBA teams played Monday, the eve of Election Day.

As part of the league’s support for civic engagement, no games will be played on Election Day.

“It is so important that it’s the point of emphasis for us,” coach Jamahl Mosley said, “to help everyone have an opportunity to use their voice, to cast their ballot and have an opinion on what’s happening to create change.”