Todays Though > News > Rookie Velus Jones Jr. could get another shot with the Chicago Bears this week after being inactive the last 2 games – Boston Herald
News

Rookie Velus Jones Jr. could get another shot with the Chicago Bears this week after being inactive the last 2 games – Boston Herald 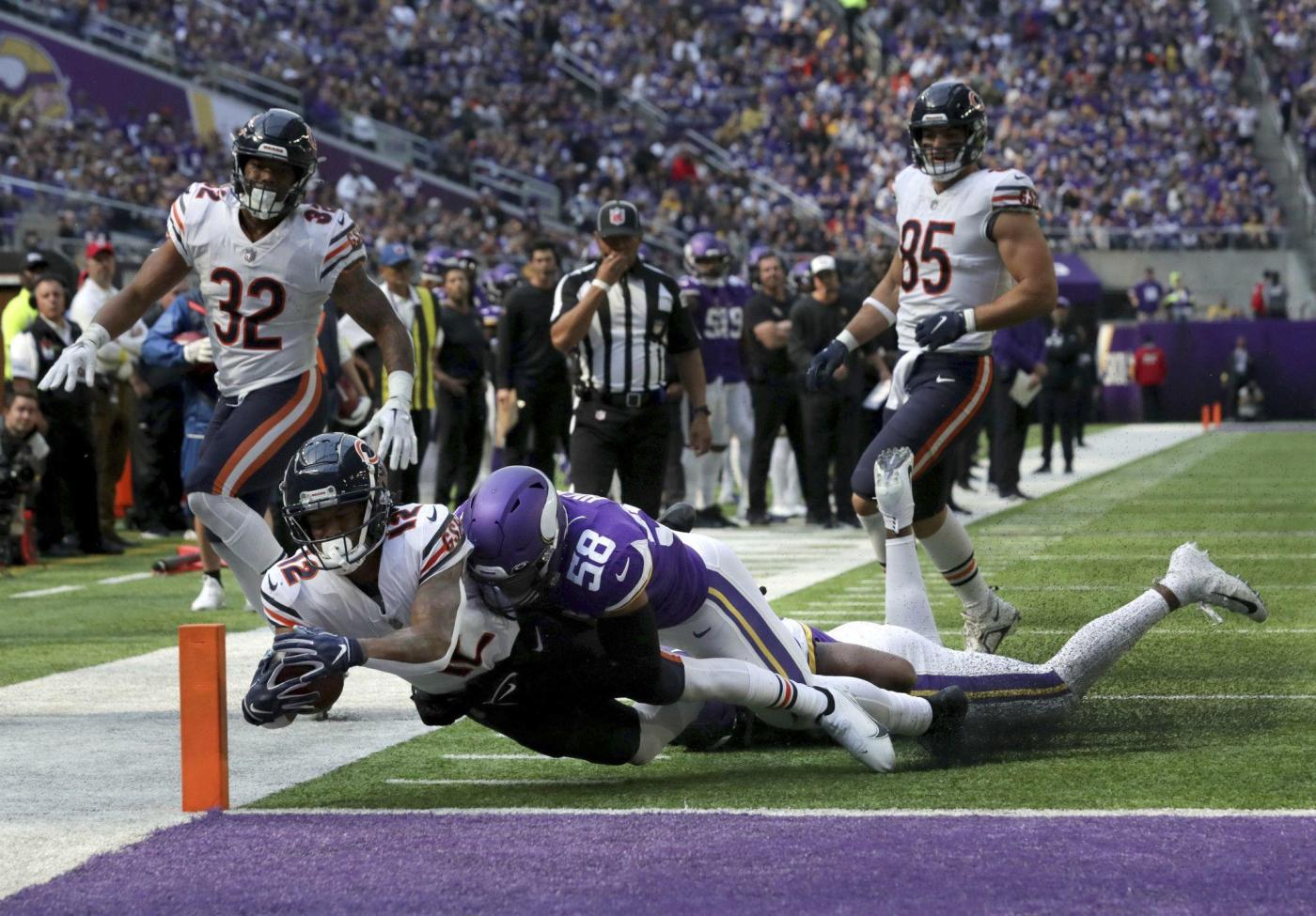 The next-man-up philosophy is expected to give Chicago Bears rookie Velus Jones Jr. another shot.

The third-round draft pick has been inactive for the last two games, a healthy scratch for a team that selected the wide receiver with the idea he would be a weapon on offense and special teams. While young players have amassed a lot of playing time at many positions, Jones’ chances have been fewer and recently further between.

The Bears placed running back Khalil Herbert on injured reserve Tuesday with a hip issue, meaning they need to account for his loss in the backfield and find a new kick returner. Herbert was injured Sunday during the fourth quarter of Sunday’s loss to the Detroit Lions at Soldier Field, and chances are Jones will fill that role /Sunday.

Special teams coordinator Richard Hightower didn’t want to tip his hand about who will be the returner, but running back Trestan Ebner steps into a position as David Montgomery’s backup, and the Bears likely won’t want to risk more attrition at the position by using the rookie from Baylor. That gives Jones a good chance to be the kickoff returner, something he last did in Week 8 against the Dallas Cowboys.

Jones was pulled from punt return duties after a muff in the Week 6 loss to the Washington Commanders. It was his second in three games after fumbling a punt against the New York Giants late in a Week 4 defeat. The Bears remain pleased with the work of receiver Dante Pettis as punt returner.

Jones, who has averaged 21.2 yards on six kickoff returns, hasn’t gotten a lot of traction offensively, basically serving as a gadget player. He has three receptions for 24 yards and a touchdown and three carries for 41 yards.

Could he be used as a running back to help ease the loss of Herbert?

“We’re going to look at as many different ways as possible to fill that void,” offensive coordinator Luke Getsy said. “Nothing will necessarily replace Khalil. He’s done such a nice job for us. We’re looking at a bunch of different things.”

Jones played a little running back at Saraland (Ala.) High School before becoming a receiver at USC and then Tennessee.

“A lot of teams liked to bracket me as a receiver,” Jones said. “(Coach) would put me in the backfield just to get the ball in my hands. I can do many different things. We’ll see if they have some of that in mind to add to the playbook.”

A more conventional way to replace Herbert in the backfield would be able to expand Ebner’s role. Getsy has looked for all sorts of ways to hand the ball off, though — receivers have 13 combined rushing attempts and tight end Cole Kmet has two.

It’s just one way to try to get Jones involved again.

Being active on game days again would give Jones a chance to build some momentum, but he doesn’t have any specific goals in mind for the final seven games.

“Just to be available,” he said. “When my name is called, make a play and help this team win.”

The first step is getting a uniform Sunday in Atlanta.