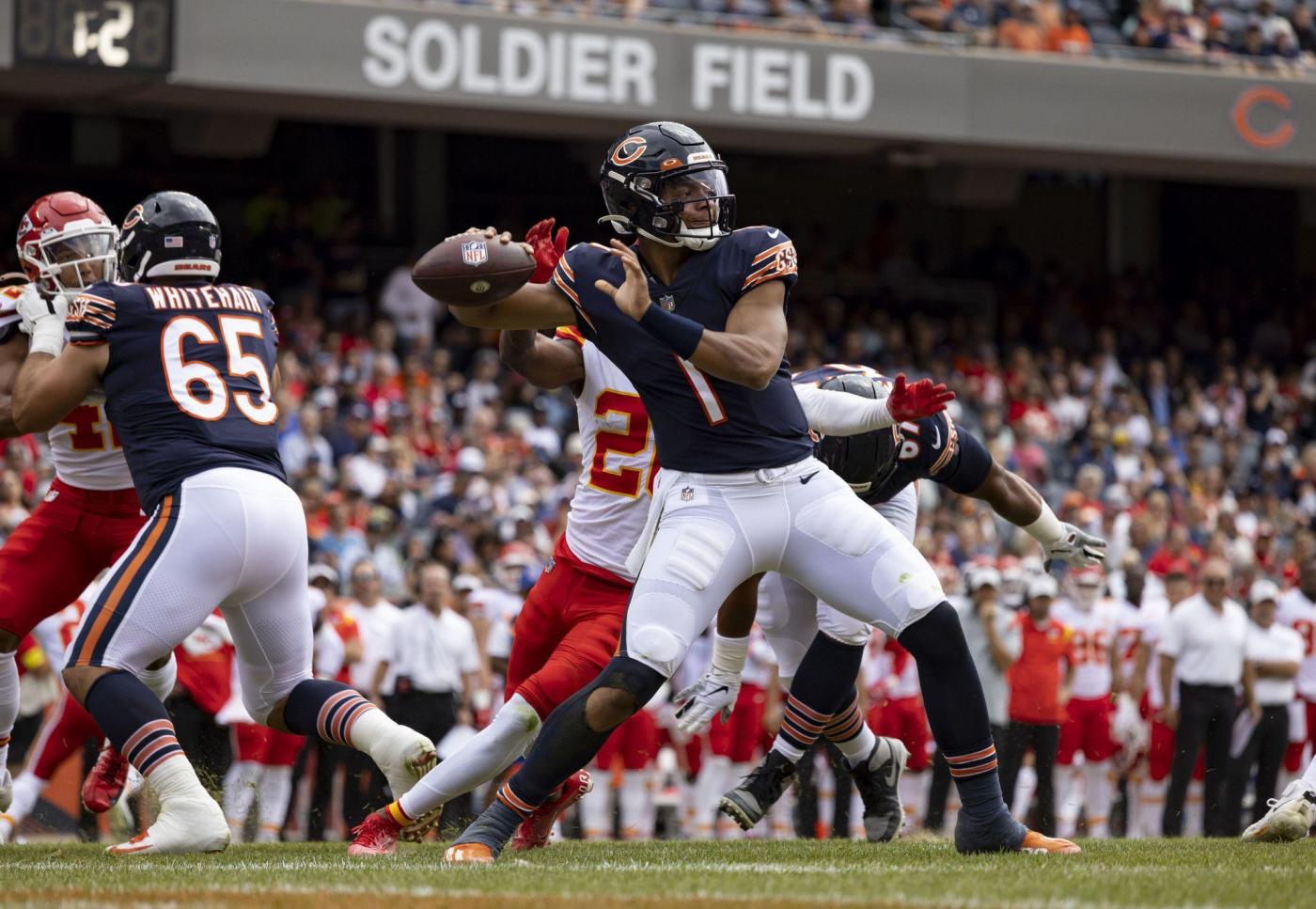 The Chicago Bears beat the Kansas City Chiefs 19-14 in the preseason opener Saturday at Soldier Field.

Here’s what you need to know about the game.

In three series of work, Bears quarterback Justin Fields completed 4 of 7 passes for 48 yards with no touchdowns and no interceptions. He was sacked twice and had one 10-yard run.

His two best plays came on third down, the first a 26-yard pass to Darnell Mooney on the Bears’ second drive. But then Fields was sacked, Khalil Herbert ran for no gain and Fields threw incomplete to force the Bears to punt.

Fields also hit Tajae Sharpe with a 19-yard pass on third-and-9 on the Bears’ third drive. But that drive ended at the Chiefs 43-yard line when Herbert was stopped for no gain.

The Bears were missing many of their top offensive playmakers, including running back David Montgomery and Cole Kmet, who are day to day with injuries.

Rookie safety Jaquan Brisker played into the Chiefs’ fourth drive when he made a splash against backups with a tackle for a loss and a near-interception. Brisker, a second-round pick out of Penn State, finished with four tackles and a pass defended.

The Bears defense gave up a touchdown on Chiefs quarterback Patrick Mahomes’ only drive. Mahomes completed 6 of 7 passes for 60 yards and found tight end Blake Bell for a 5-yard touchdown pass for a 7-0 lead.

Ebner, a sixth-round pick out of Baylor, scored the Bears’ first touchdown of the preseason, a 12-yard reception from Trevor Siemian in the third quarter.

The Bears played most of their healthy starters, but veteran defensive end Robert Quinn and offensive tackle Riley Reiff sat out. Linebacker Roquan Smith was present but didn’t play as he continues his “hold-in” amid stalled contract negotiations.