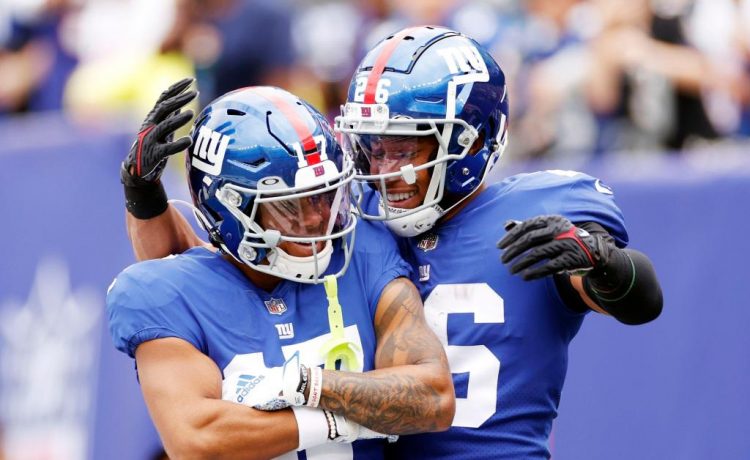 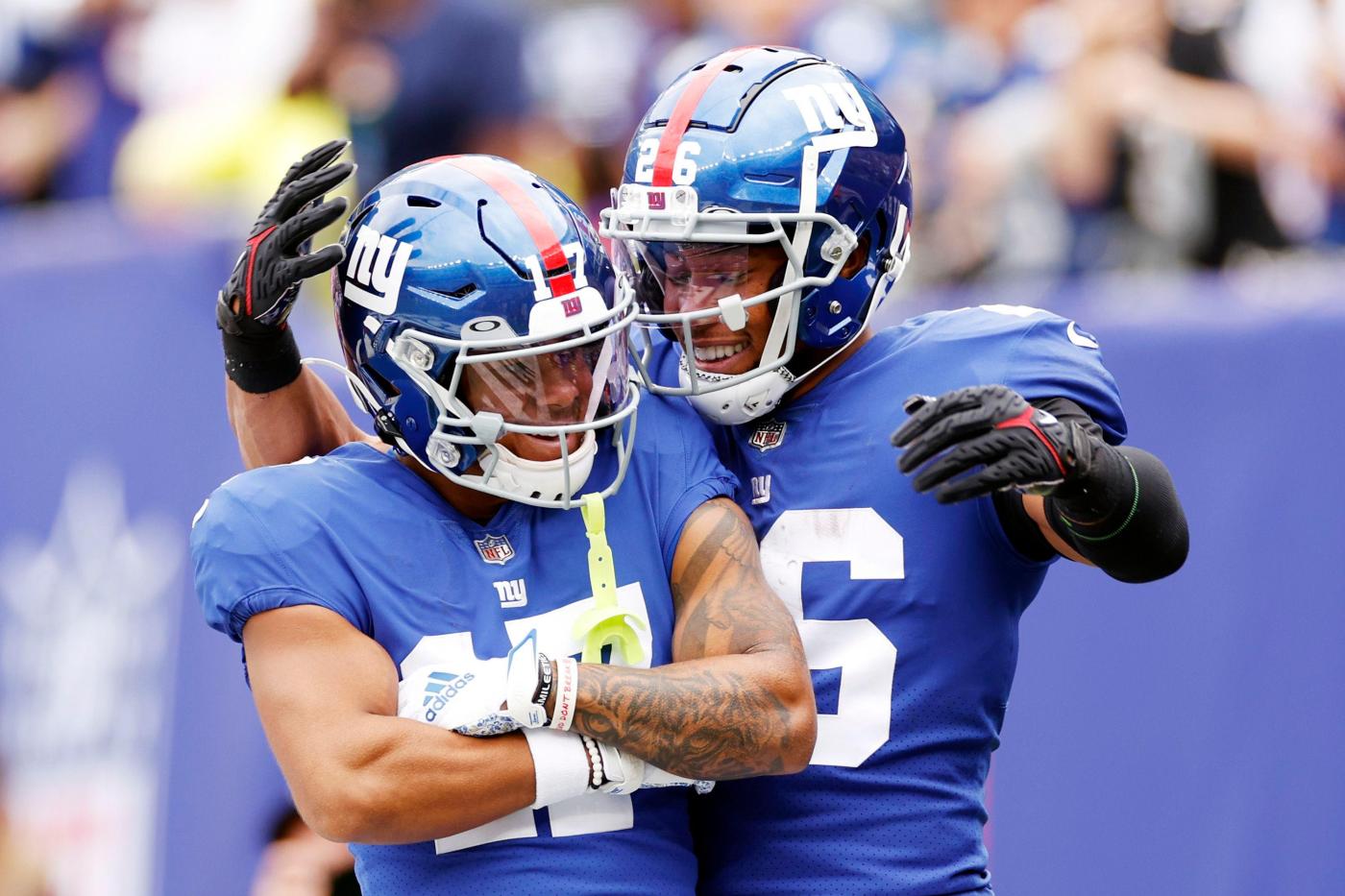 Kayvon Thibodeaux was weeping tears of joy after his game-changing strip sack of Lamar Jackson secured a statement 24-20 comeback Giants win over the Baltimore Ravens.

“I’ve been talking about it since I got drafted,” said Thibodeaux, GM Joe Schoen’s No. 5 overall pick. “In the draft questions they asked me what sets me apart from everybody else that plays my position? And it’s the fact that I’m a closer. I take pride in closing. I take pride in finishing the game. And that’s what we did.”

Thibodeaux’s first career NFL sack made him cry because he knew “how big of a play it was.”

“Knowing the situation, and knowing why I was brought here, it was a blessing,” Thibodeaux said. “I couldn’t be any happier.”

He joked that he’s expecting a FedEx delivery from Jackson sometime soon.

“While we were playing, I asked him if I get a sack on you, can I get your jersey?” Thibodeaux said. “He said he’s gonna send it to me. So I’m still gonna hold him to it.”

He also knocked down an Aaron Rodgers third-down pass in the fourth quarter of last Sunday’s red zone stand in London against the Packers, which he called “a Giant play, literally.”

It’s great for the Giants that Thibodeaux is impacting games. It’s even better that he’s impacting wins.

“It’s just a blessing, man,” he said. “Just being on that big stage and being able to win a game.”

WAN’DALE STEPS IN AND UP

Rookie receiver Wan’Dale Robinson, Schoen’s second-round pick, made three catches for 37 yards in his first game since Week 1. And they were all big.

Robinson made a 15-yard catch over the middle to set up his first career NFL TD in the second quarter on a 5-yard walk-in on the left side. And he made a 17-yard catch on the Giants’ fourth quarter TD drive to draw within 20-17 with 6:01 to play.

Center Jon Feliciano said three different times that “having Wan’Dale back really helped” the offense. Robinson, who has been out with a sprained right MCL in his knee, only played 14 snaps. But he made a big impact when he played.

“I’m satisfied with the results,” Robinson said with a smile. “Just to see it all come to life is pretty special.”

The Giants’ defense only had 10 men on the field for Kenyan Drake’s untouched 30-yard TD at 9:26 of the second quarter for a 7-0 Baltimore lead.

That was the second time this season the Giants defense has had only 10 players on the field for an opponent’s TD, including Ezekiel Elliott’s 1-yard TD in the third quarter of the Giants’ 23-16 Week 3 loss to Dallas.

The Ravens’ TD drive happened right after Daboll conservatively punted on 4th and 2 from the Baltimore 46 in a scoreless game.

Gary Brightwell, fortunately, rattled off a dynamic kick return for 47 yards to set up Jones’ offense beautifully for the game-tying touchdown drive with Robinson featured.

Saquon Barkley (shoulder), Feliciano (groin) and left tackle Andrew Thomas (left ankle) all got banged up in the game, but Barkley and Feliciano only came out briefly, and Thomas didn’t miss a snap. Edge rusher Oshane Ximines got hurt late but walked off under his own power … Wideouts Kenny Golladay (knee) and Kadarius Toney (hamstrings) were inactive, along with safety Jason Pinnock (ankle), edge Azeez Ojulari (calf) and corner Cor’Dale Flott (calf) … Wideout Marcus Johnson was elevated from the practice squad a third straight week and made two catches for 25 yards, including a big 18-yard grab on the fourth quarter TD drive to make amends for an earlier dropped TD. Johnson likely will be signed to the active roster this week, since the coaches love him but they’re out of practice elevations … Rookie D-lineman Ryder Anderson was elevated and played five defensive snaps in his NFL debut … Veteran safety Tony Jefferson was placed on injured reserve and has his left foot in a boot. But he should be able to return after the Giants’ Week 9 bye.