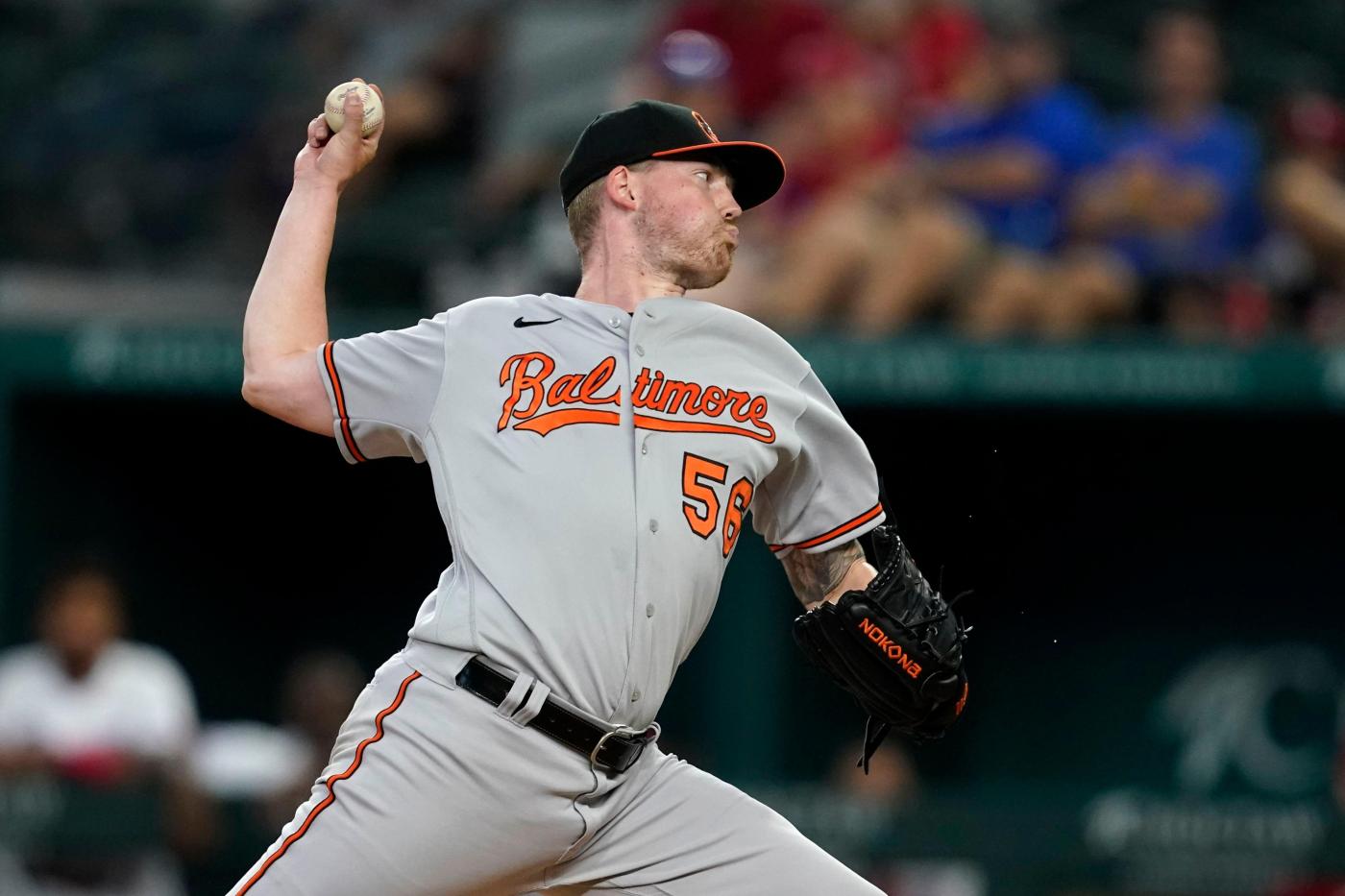 Rougned Odor is in the Orioles’ lineup more often than not, Brandon Hyde said Tuesday as midnight approached, because of his glove more so than his bat. Baltimore’s manager is enamored with Odor’s ability to turn a double play at second base, and with the Orioles’ breakthrough season largely the product of their stout pitching and defense rather than a booming offense, Hyde wants Odor out there, even as his average dips further below .200.

Yet Odor becomes a different offensive player in big moments. Tuesday was the latest example, as he delivered in the clutch yet again, blasting a go-ahead home run in the bottom of the eighth inning to lead the Orioles to a 6-5 victory over the Toronto Blue Jays.

“He really takes his best at-bats when the game’s on the line,” Hyde said. “He understands the situation. We’ve seen him get huge hits for us in big moments, and I know he loves being in that spot.”

The victory pushed Baltimore (58-52) within a half-game of the American League’s third wild-card spot. An Orioles team expected to spend the season in the cellar of the AL East could be within a game of second place in the division by completing a sweep of the Blue Jays (60-50) on Wednesday. Toronto holds a two-game lead over Baltimore for the top wild-card position.

Odor’s first home run of the second half erased a deficit created when the Blue Jays scored four runs in the sixth inning. That outburst meant the Orioles trailed 5-3 when the Camden Yards grounds crew stopped the game and put the tarp on the field about seven minutes before rain fell. After a delay of an hour and 18 minutes, Baltimore went quietly in the bottom of the sixth but got a run back in the bottom of the seventh when Adley Rutschman walked and Ryan Mountcastle continued terrorizing Toronto pitching with a double.

After Austin Hays singled to begin the eighth against Yimi García, Odor homered to right field. He had struggled immensely of late, entering the at-bat hitting .146 since the All-Star break, but he’s shown a knack for coming through in big spots. With Tuesday’s blast, more than half of his home runs have come in situations Baseball-Reference deems “high leverage,” displaying a clutch gene rookie starting pitcher Kyle Bradish said is “kind of unbelievable.”

“In those big situations,” Odor said, “you gotta calm down.”

Even as Odor’s offense has dragged, Hyde and others have continually pointed out his value in Baltimore’s dugout and clubhouse. He is credited with establishing the club’s binocular celebration for hits and the team’s home run chain, which made its way around his neck Tuesday courtesy of Robinson Chirinos, who like Odor is a veteran the Orioles added in free agency who is now helping to build a winning culture.

Odor’s home run meant the Orioles could debut their new introduction for closer Félix Bautista. After a flashing light show featuring the Omar whistle from “The Wire” welcomed Bautista to the mound, Odor put the tying run on second with a throwing error on an infield single, his second defensive miscue of the night, but he then caught a line drive from Vladimir Guerrero Jr. to finish the game.

“I love the attitude he brings,” Hyde said. “I feel like he brings some toughness to us. I think he brings some edge. I love what he’s like in the dugout and attitude wise, and he comes ready to play. I think that’s rubbed off on others this year, so I appreciate that.”

When it rains, it pours

Bradish, a rookie right-hander making a third straight solid start since returning from an injured list stint, took the mound in the sixth having allowed one run on 72 pitches. But after a lineout to open the frame, two singles bookended a wild pitch, bringing home a run and putting the potential tying one at second base.

Hyde then called on right-hander Bryan Baker, who closed for Toronto’s Triple-A affiliate in 2021 before joining Baltimore on waivers this offseason. Baker had given up three runs over his past 17 outings, holding a 1.59 ERA in the span, but gave up two of his own and one of Bradish’s on one swing when Bo Bichette barely cleared the right field wall with his second home run of the night. It was only the second home run Baker has surrendered as an Oriole and the first since April 23.

The tarp came on shortly after. Right-hander Louis Head made his Orioles debut in the seventh, pitching 1 1/3 scoreless innings thanks to left-hander Nick Vespi stranding two of his runners with a pair of strikeouts in the eighth.

A replay review in the first inning determined whether the Orioles suffered a triple play or had a triple threat.

With runners on first and second and no outs, Anthony Santander lined an Alek Manoah offering toward left-center, with Toronto center fielder Whit Merrifield securing the ball with a slide. With both runners moving up a base as umpires signaled Merrifield caught the ball, the Blue Jays threw around the bases to force out both runners. But a replay review showed the ball narrowly skipped across the grass before entering Merrifield’s glove, meaning instead of hitting into a triple play, Santander loaded the bases.

“Was that yesterday?” Hyde quipped after the game, about 20 minutes before midnight and more than four hours after the play.

Mountcastle followed by hitting into a double play to bring home a run, and Terrin Vavra drove in another with a single. Vavra added a sacrifice fly in the third, pushing Baltimore’s lead back to two after Bichette homered off Bradish in the second.

>> Left-hander Alexander Wells, on the 60-day injured list with left elbow inflammation, began a rehab assignment in the Florida Complex League on Tuesday.