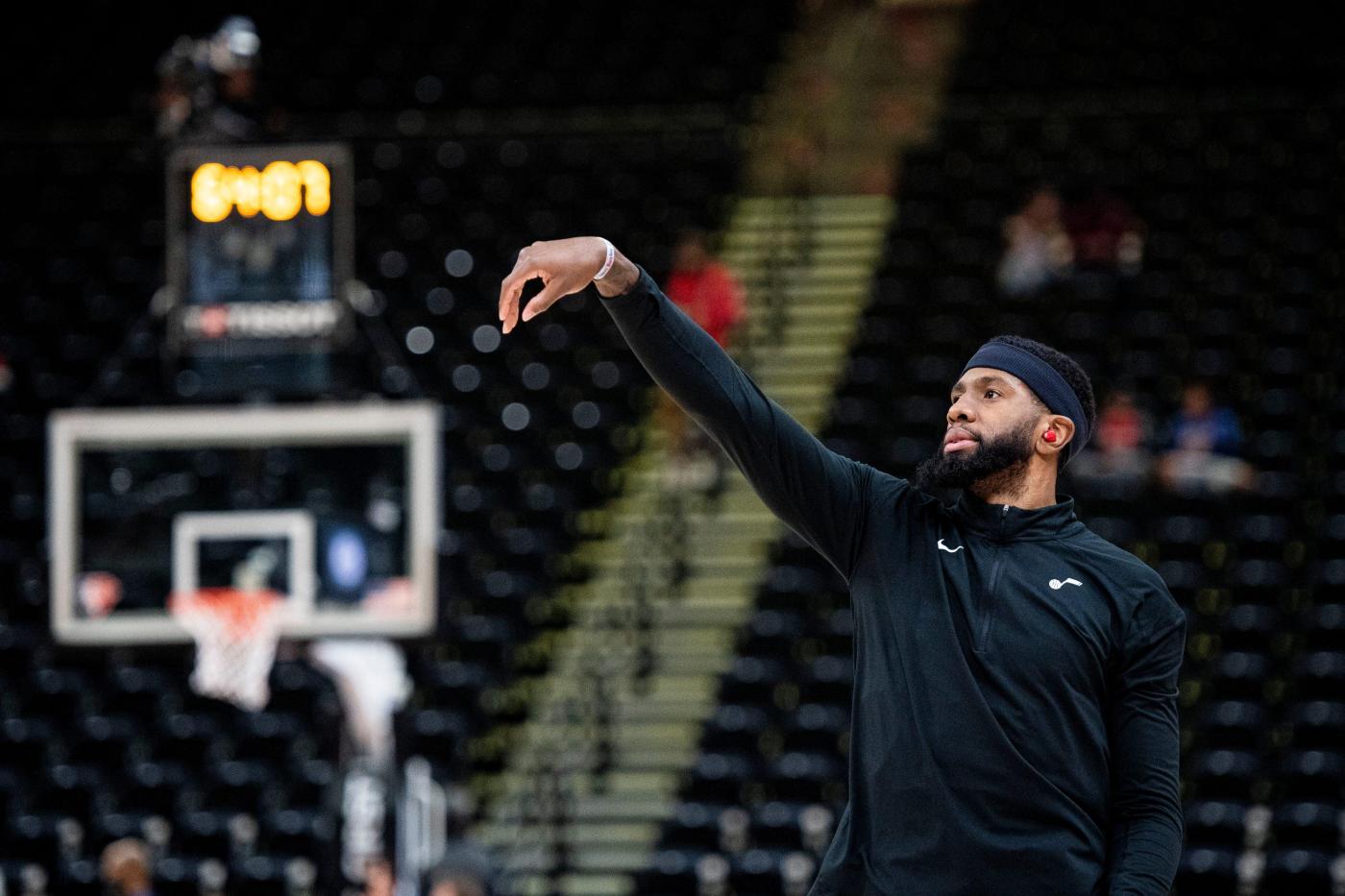 Here’s an early takeaway from the Nets’ first preseason game — a 19-point loss to a shorthanded Philadelphia 76ers team with more positives to glean than the score would indicate: new addition Royce O’Neale is going to have a big impact on this Brooklyn team.

O’Neale earned a league-wide reputation as a coveted 3-and-D wing in several seasons with the Utah Jazz, so coveted general manager Sean Marks ponied up a first-round pick to pry him from Danny Ainge’s clutches. In his first game as a Net, O’Neale scored 11 points and hit two of his four three-point attempts.

He also brought toughness and versatility as a perimeter defender, which is something the Nets desperately lacked last season.

“Royce is one of those players that you want on your team because he has a lot of experience. He’s been through a lot of battles. He understands the nuances of the game and what it takes to win,” Kyrie Irving said of his new teammate. “I think he brings his intangibles to our team really well. We can utilize him on that wing to be a defensive stopper, which we know he is, but also add some dimension on offense being a space-out shooter. He moves well, plays the game well being in that Utah system for a long period of time. Moving the ball is something drilled in their head. He fits well.”

O’Neale came off the bench for sharpshooter Joe Harris as head coach Steve Nash’s first substitution. Point guard Ben Simmons instantly found O’Neale with a cross-court laser beam of a pass for a wide-open three on the wing. Nash also used O’Neale in a smaller lineup where Harris stayed on the floor and Simmons played center on defense when starting big man Nic Claxton went to the bench.

“I think [O’Neale] will be a great addition for us,” Nash said. “Incredible IQ, feel for the game on both sides of the ball. I think he’s going to tie the room together on many occasions.”

Which makes the fight for minutes on the wing that much more competitive.

Harris, the starting wing, played in his first game after consecutive ankle surgeries and shot just two-of-seven from the field, including two early airballs. Sharpshooter Seth Curry also projects to play some minutes as a floor spacer alongside both Irving and Kevin Durant and TJ Warren — who is not yet cleared to play but is healed after missing two seasons with stress fractures in his foot — will bring a scoring punch when he joins the rotation some time in November. There’s also second-year forward Kessler Edwards, who has proven capable of using his youthful athleticism to guard multiple positions.

O’Neale defends at a higher level than those he’s competing for minutes against and he’s a 38% career three-point shooter. He will surely be in play as a potential starter or member of the Nets’ closing lineups and he’s already left a mark through just one preseason game.

Simmons, a two-time First Team All-Defense selection, says it’s going to take some time before he gets back to playing elite level defense.

First Durant built chemistry with his Oklahoma City Thunder. Then, he immersed himself into the Golden State Warriors’ way of doing things. Now, he’s in Brooklyn, with yet another roster reinvented to compete for a championship.

“When we win games in the regular season,” he said. “It’s kind of hard to say. I think you know you get used to your teammates everyday. You talk, have conversations about where you see each other and how you can help each other, and go from there. So the dialogue is always on with Kai, Ben, myself, Royce, the rest of the guys. So I think it just happens.”