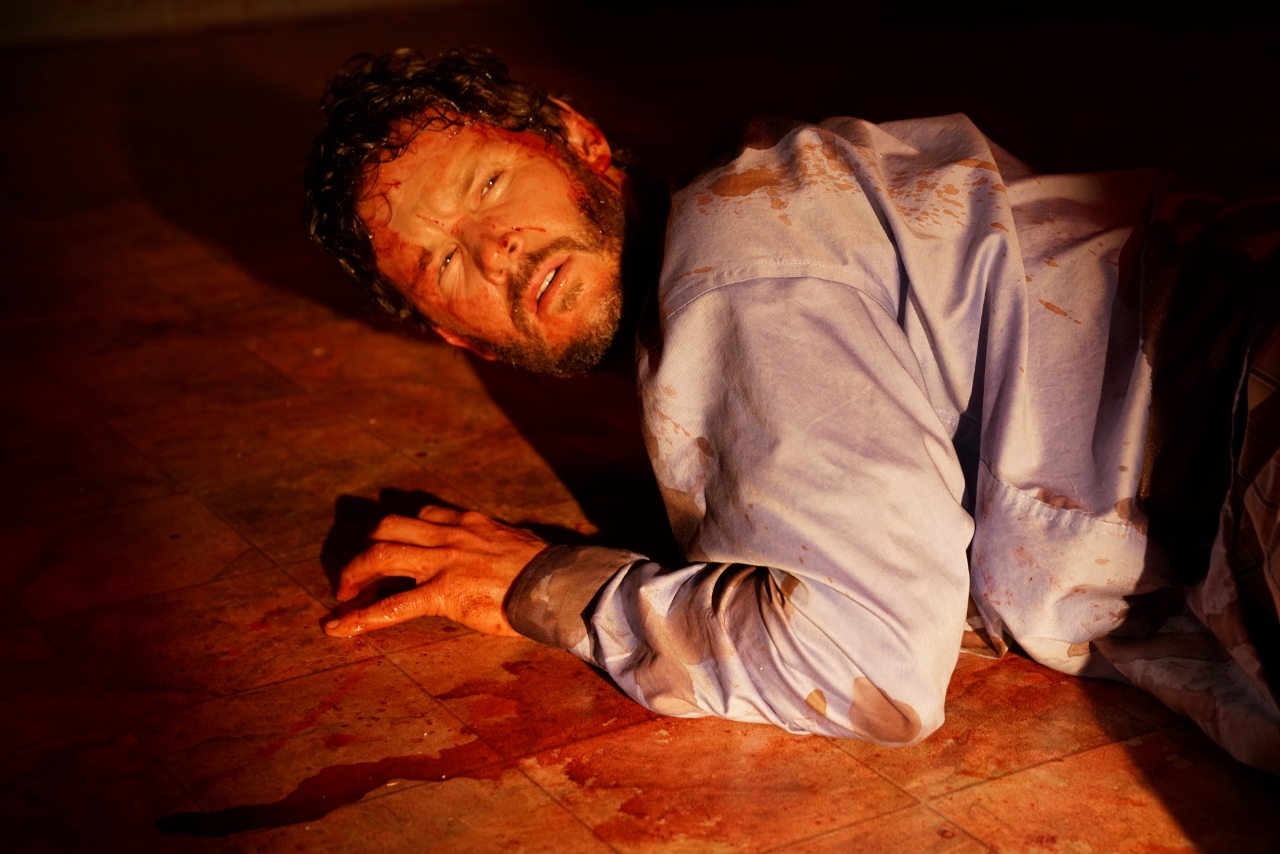 “Glorious” is an imaginative confrontation in a remote highway’s men’s room between a  man and a mysterious, demanding voice projected from a bathroom stall.

With this Shudder premiere Ryan Kwanten, 45, dominates every scene. His role as troubled, haunted Wes is practically a one-man show since we only hear but never see J.K. Simmons’ powerful entity that has him trapped in that room.

This kind of tour de force, Kwanten acknowledged, “Is a very rare opportunity actually for an actor. It felt very play-like, even in the way that we shot it — in chronological order. And 90% of the movie is in that one set.

“It really added to that sense of me being locked into that world. So how do you begin to explore that and keep it interesting? That was something that Rebekah (McKendry, the director) and I talked about at length.”

Wes is introduced driving by himself, feeling very tired on the road. His ordinary day leads to an all-night binge at a roadside rest area where, all alone, he gets drunk, flips out, burns stuff. He’s obviously a truly disturbed person. And that’s before things get really crazy and weird once he finds himself trapped in the men’s room.

“It was important for me not to make judgments on the character, even knowing where it was going in my own head. Fortunately,” said the Australian actor still best known for playing Jason Stackhouse in HBO’s “True Blood” series, “I’ve made a living from playing quite dark characters who are not always the nicest cats.

“This I had to play differently because you still wanted to suck in the audience enough to think, ‘Well, maybe there was a reason for it, whatever it may be.’ ‘Maybe he’s trying to justify what’s happened in some which way.’ His guilty conscience has finally caught up with him because he’s met his match. For me, it was just important to maintain a level of humanity.”

“It’s rock solid action,” he said. “And I’m playing a dark character on an FX series we’re filming right now called ‘Kindred,’ based on a novel by Octavia E. Butler, a sensational book from the late ‘70s.  She’s one of America’s greatest sci-fi writers and this is the first time her work has ever been immortalized on television. So we’re really, really excited.”

As for the future, “My girl,” he said of fiancee Ashley Sisino, “and I are actually pregnant. It’s a boy. So that’s really the next project” for the first-time father.