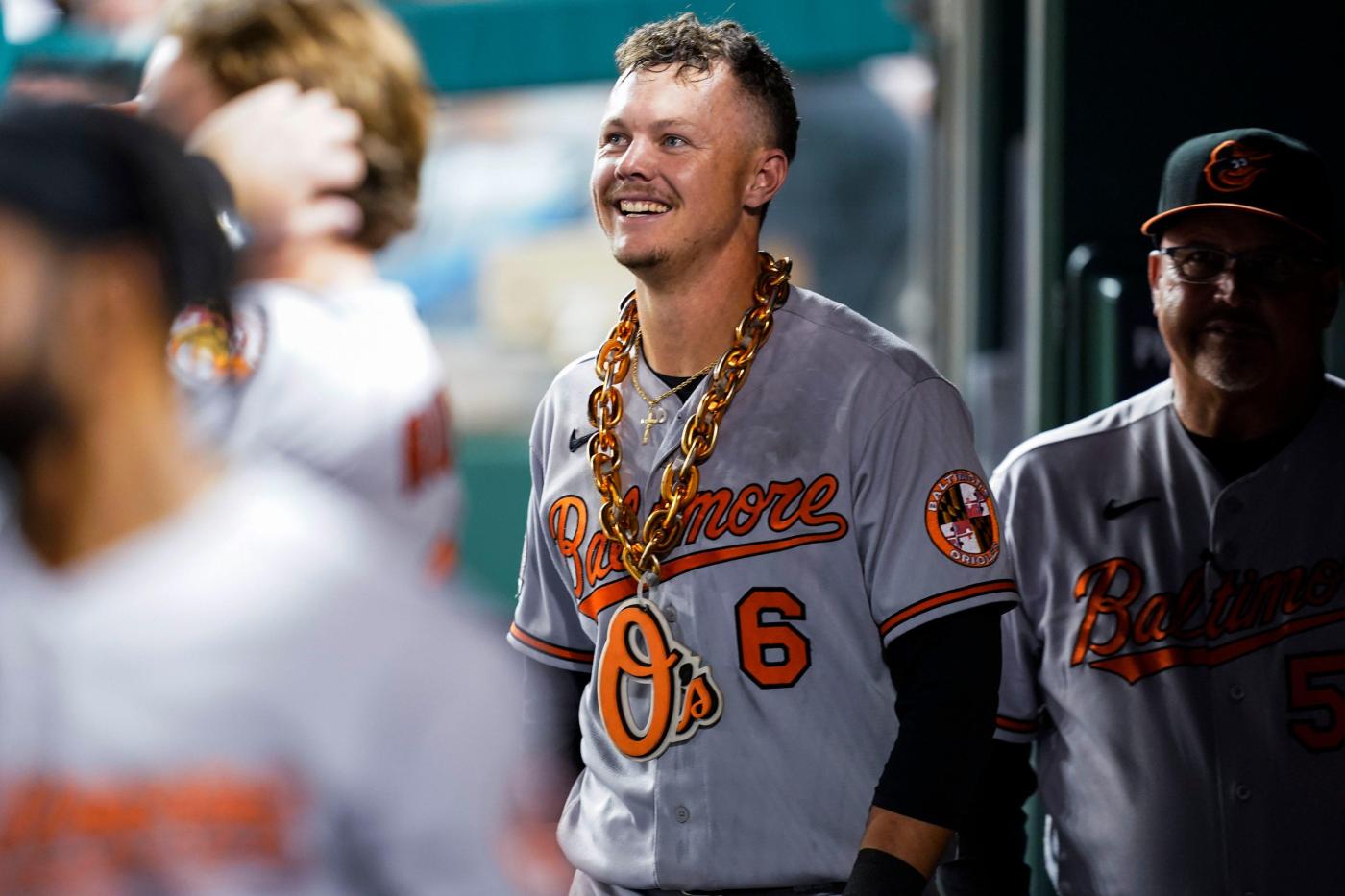 There was a hint of a smile on right-hander Hunter Harvey’s face, even as the home run he had just conceded left his current team tied with his former team. The amusing aspect wasn’t how far the ball had traveled, or what the scoreboard read after the reliever’s outing ended for the Washington Nationals.

It was who hit that homer.

When Ryan Mountcastle reached first base on his home run trot Tuesday night at Nationals Park, he smirked toward Harvey. Harvey returned one, the look of two former roommates while with Double-A Bowie in 2018 who now found themselves pitted against each other at the highest level.

The opposite-field blast from Mountcastle — his fourth this month, tying how many he produced in August — tied the game in the fifth and Austin Hays delivered the go-ahead double soon after in Baltimore’s 4-3 win against Washington, opening a two-game series on a positive note to keep its playoff hopes within view.

The night before, Mountcastle and Harvey met for dinner. The smack talk revolved around Mountcastle’s assurances that he’d take Harvey deep, while Harvey joked he’d instead plunk Mountcastle in the back — “I was like, ‘You better not hit me in the back, man. You throw way too hard,’” Mountcastle said.

Instead, the first baseman squared up a 99 mph fastball and took it deep. He peeked out of the corner of his eye, and he could see the “little smile” on Harvey’s face showing.

“It’s probably one of my favorite home runs I’ve ever hit,” Mountcastle said. “I’ll definitely hold it over him for a while.”

That would be nothing new. Harvey told reporters that he once got Mountcastle out in minor-league camp, but Mountcastle later hit a single through Harvey’s legs and added a triple.

“He’s been talking crap since, and that was 2015,” Harvey said. “We’ve been together on the same team for the last four or five years. We always talked about ‘What if we got to face off?’ And we did. He might have won tonight, but it’ll be the last time.”

In the clubhouse pregame, Orioles (74-67) players were glued to the TV to catch the end of the first game of a doubleheader between the Tampa Bay Rays and Toronto Blue Jays. It was a level of attention indicative of where Baltimore finds itself, chasing two American League East rivals in the hopes of nabbing the final AL wild-card spot.

At this time of year, for the first time in manager Brandon Hyde’s tenure, every game feels more like a must-win. But in a month full of games against playoff contenders, the Orioles especially needed to take advantage against Washington, the club with the worst record in baseball. There will be few other favorable matchups the rest of the way.

With the Orioles’ win and the Rays and Blue Jays splitting, Baltimore finds itself five games back of the Rays (79-62).

“If we can close the gap, especially against Toronto this next series and take another one from the Nats here tomorrow, that puts us in a good spot,” starting pitcher Dean Kremer said.

Harvey hadn’t allowed a homer in his first 29 appearances this season, part of a strong campaign out of the Nationals’ bullpen since he was claimed in March off waivers from the San Francisco Giants. The one-time Orioles prospect pumped fastballs past his old teammates — but not enough of them.

“The dude was in my wedding,” Harvey said of Mountcastle. “When he got in the box, I was like ‘Oh, here we go.’ I just couldn’t calm down.”

After Mountcastle’s shot, Hays blooped in a double to put Baltimore ahead. It was Hays’ fourth hit in his last two games, beginning a breakout after managing three hits in nine games between Aug. 30 and Saturday.

Baltimore got on the board early thanks to a first-inning RBI single from Gunnar Henderson, and Cedric Mullins’ run-scoring double play in the fourth helped back up Kremer. But the Orioles missed out on several other opportunities, including stranding the bases loaded in the second after Anthony Santander was wrung up on a slider below the zone.

Barring Henderson, the rookie who is 3-for-7 with runners in scoring position this month, the rest of the team is 14-for-77 in September.

“We had a lot of opportunities to score a few more, and we just didn’t,” Hyde said. “But fortunately we got enough.”

Kremer gave up three runs on eight hits in five innings. The bullpen finished the deal, with Félix Bautista recording his 13th save in his first appearance since experiencing arm fatigue after last Tuesday’s outing.

It was a much-needed win, coming after a week in which they went 2-5. And it came with a smile from Mountcastle at the expense of a former Orioles pitcher.

“That’s the first time I ever laughed giving up a home run,” Harvey said. “I just couldn’t — it was hard to hide that emotion just because we’re so close. We talk so much trash. He looked at me and was laughing and I knew my phone was going to get blown up and I knew he was going to wear me out. I was like, ‘This is the worst-case scenario.’ I’d also been telling him I was going to hit him. I probably should have just done that.”