Sacred items in Massachusetts museum to be returned to Sioux 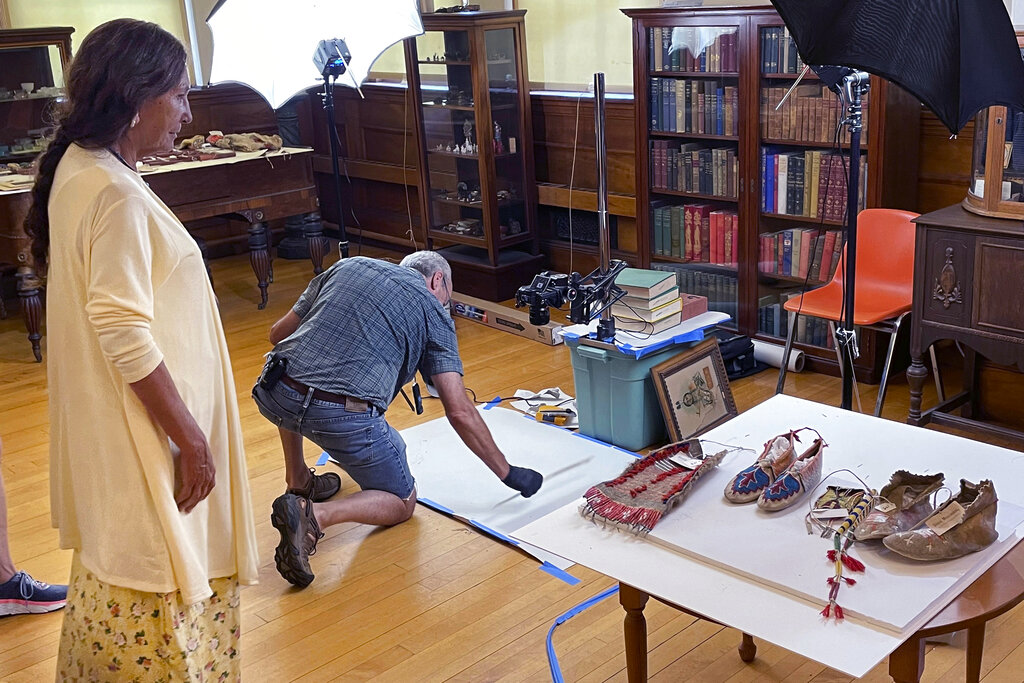 About 150 items considered sacred by the Sioux peoples that have been stored at a small Massachusetts museum for more than a century are being returned, museum and tribal officials announced Monday.

The items including weapons, pipes, moccasins and clothing — about seven or eight of which are thought to have a direct link to the the 1890 Wounded Knee Massacre — are due to be formally handed over during a ceremony scheduled for Nov. 5, Ann Meilus, president of the board at the Founders Museum in Barre, said during a news conference on a day that several people present noted is more commonly being celebrated as Indigenous Peoples Day.

It is a repatriation project that has been decades in the making.

The return of the items is a chance to “begin that process of healing,” Kevin Killer, president of the Oglala Sioux tribe said.

The items being returned are just a tiny fraction of an estimated 870,000 Native American artifacts — including nearly 110,000 human remains — in the possession of the nation’s most prestigious colleges, museums and even the federal government that under federal law are supposed to be returned to the tribes under the 1990 Native American Graves Protection and Repatriation Act, often referred to as or NAGPRA.