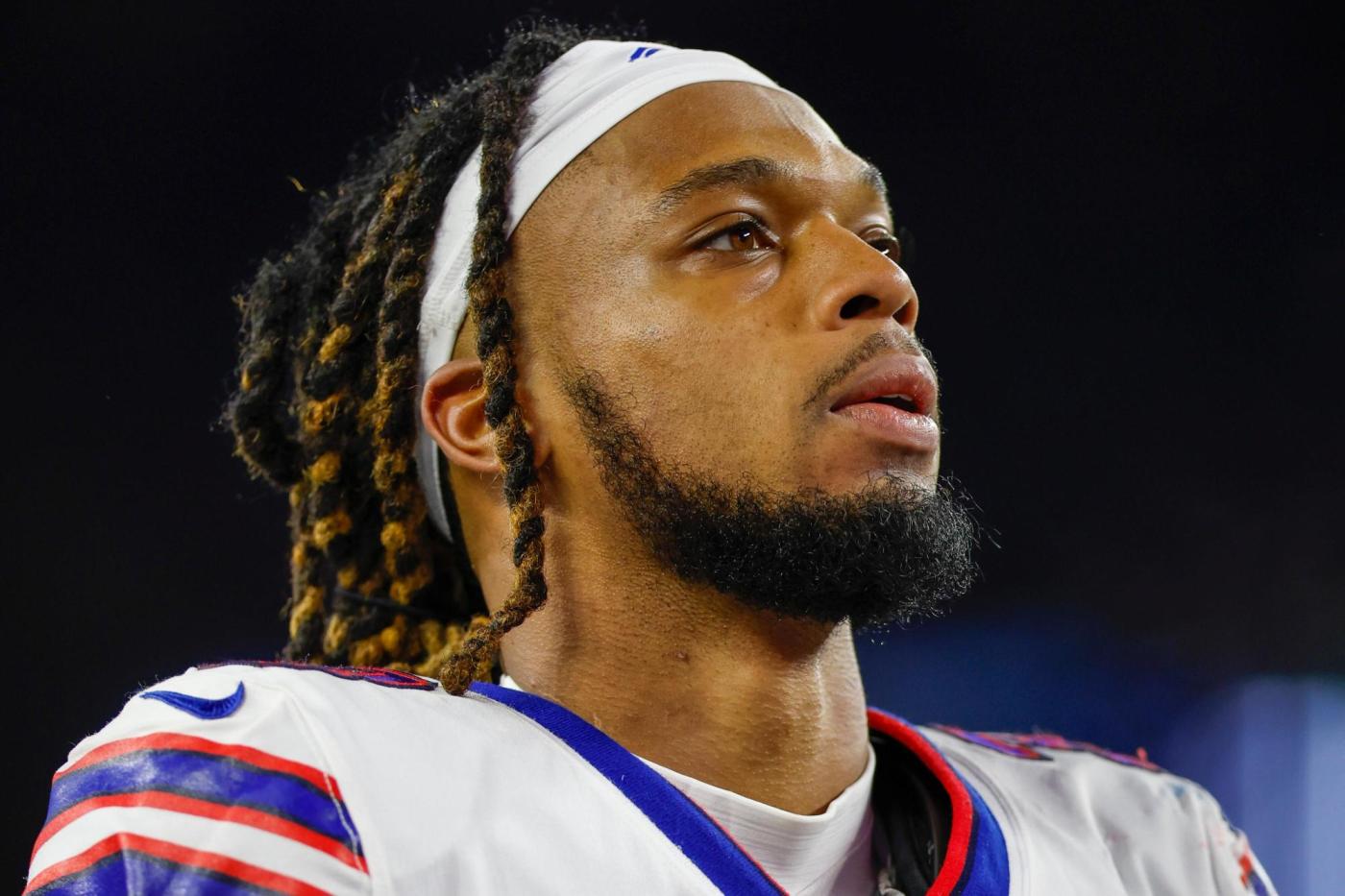 ORCHARD PARK, N.Y. (AP) — Buffalo Bills safety Damar Hamlin’s has begun to communicate in writing with his family and others who have been at his bedside since he went into cardiac arrest Monday — and his first question was “Did we win?” his doctors said Thursday.

“The answer is yes, Damar, you won. You’ve won the game of life.” Dr. Timothy Pritts said in a conference call with reporters from the University of Cincinnati Medical Center, where Hamlin was rushed after collapsing and being resuscitated on the field during the Bills’ game against the Bengals on Monday night.

Hamlin remains critically ill and in the hospital’s intensive care unit, but he began to wake up Wednesday night, and it appears his neurological function is intact, meaning he can follow commands and move, Pritts said.

“He still has significant progress he needs to make, but this marks a really good turning point in his ongoing care,” the doctor said.

“His first question that he wrote when he started to awaken was, ‘Did we win?′” Pritts said. “So we know that it’s not only that the lights are on. We know that he’s home. And it appears that all the cylinders are firing within his brain, which is greatly gratifying for all of us.”

Dr. William Knight IV said doctors had not yet determined the cause of Hamlin’s cardiac arrest and that testing is ongoing.

It’s also too early to say whether Hamlin could return to football after undergoing rehabilitation, Knight said.

The developments came as the Bills returned to practice on Thursday for the first time since Hamlin collapsed when his heart stopped after making a tackle during the game’s first quarter.

The game was suspended and will not be resumed, two people familiar with the decision told The Associated Press on Thursday. Both people spoke to the AP on condition of anonymity because the league is still figuring out how to determine playoff seedings and scheduling. The NFL Players Association must approve changes.

Hamlin, a second-year player from the Pittsburgh area, spent the past two days sedated and listed in critical condition.

Pritts said in the conference call that neurological signs of improvement began Wednesday night as Hamlin gradually woke up, with the rest of his body healing. Hamlin still cannot speak because of a breathing tube in his throat.

He said a physician was within Hamlin’s side within a minute of him collapsing and recognized that the defensive back did not have a pulse. Knight said Hamlin required CPR and resuscitation on the field.

“It’s been a long and difficult road for the last three days … he has made a pretty remarkable improvement,” Knight said.

“Great news,” President Joe Biden said in a tweet. “Damar, like I told your mom and dad yesterday, Jill and I – along with all of America – are praying for you and your family.”

Along with being able to write, his doctors said Hamlin was able to hold the hands of family and members of the Bills’ administrative and medical teams at his bedside.

Although Hamlin is following commands, doctors have not yet fully assessed his speech and other functions, in part because he is under sedation to accommodate the breathing tube.

“When we talk about neurologically intact, it’s a very gross term of big motor movements and following commands. When we talk about the finer things that make us human — cognition, emotion, speech, language, etc., we’re looking forward to learning more about that,” Knight said.

Over the past days, numerous players across the league — former teammates and those who didn’t know Hamlin until Monday — voiced their support, while saying they were shaken by what unfolded in front of a North American TV audience.

Colts safety Rodney Thomas made the two-hour drive from Indianapolis to Cincinnati on Tuesday just to be by the side of his former high school teammate.

“He’s a fighter. I know he’s a fighter and there’s no other thought in my mind other than him walking out under his own power,” Thomas said Wednesday.

Hamlin was selected by Buffalo in the sixth round of the 2021 draft out of Pitt. He spent his rookie season limited to special teams roles, and took over the starting safety job in Week 3 in place of veteran Micah Hyde, who remains sidelined by a neck injury.

Fans, team owners and players — including Tom Brady and Russell Wilson — have made donations to Hamlin’s Chasing M’s Foundation, which had raised more than $7.4 million by Thursday afternoon.