Saquon Barkley sees extra motivation to ‘shut everyone up:’ ‘F–k everybody’ – Boston Herald 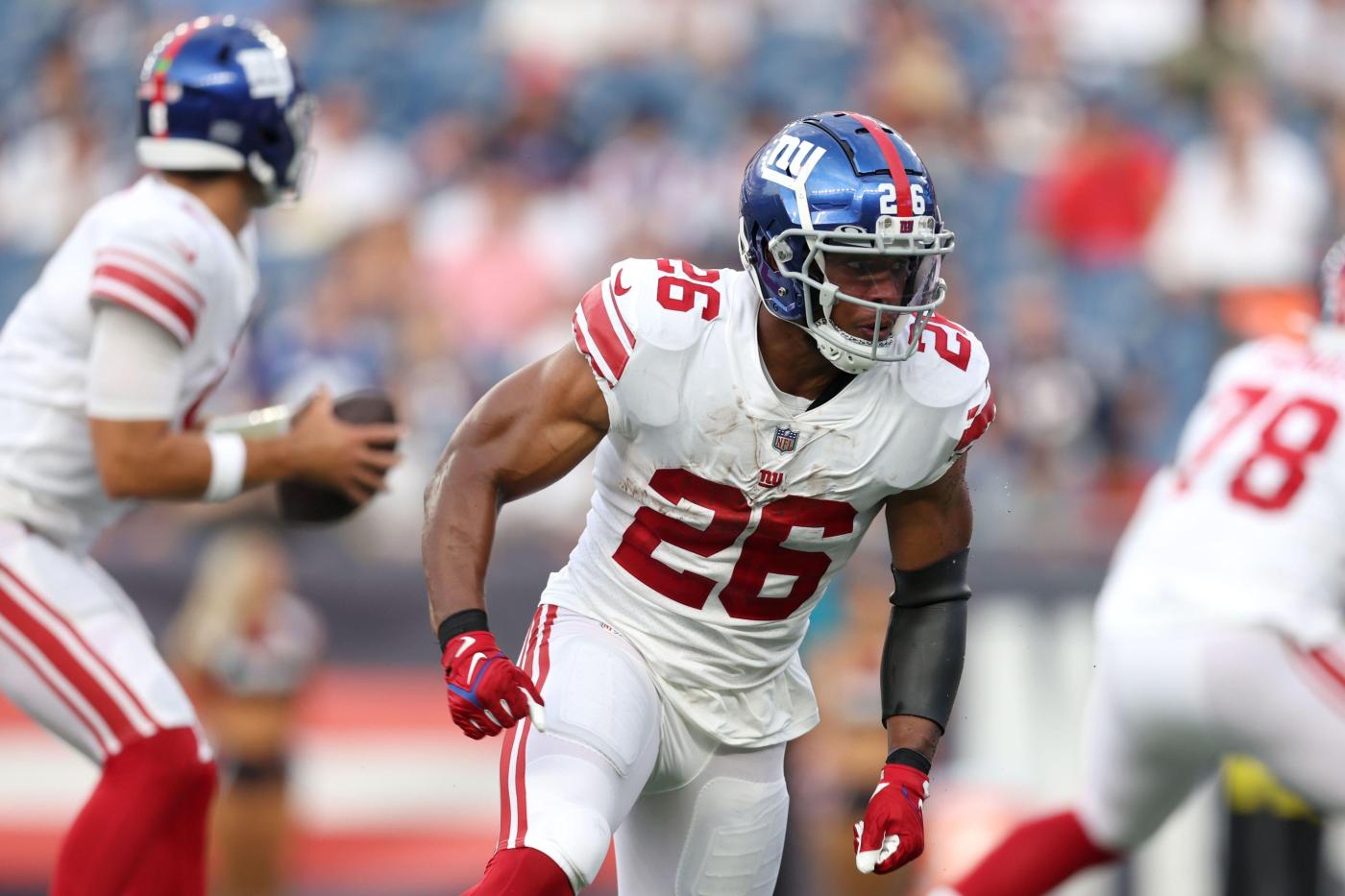 The chip on Saquon Barkley’s shoulder continues to grow.

Barkley told The 2ndWind Podcast this week that he knows “people are really counting me out” entering the fifth and final year of his rookie contract. And that gives him extra motivation to “shut everyone up.”

“Now it’s kill mindset,” he said. “Now it’s like, ya know what, f—k everybody. I’m ready to go crazy, and Imma let the world feel me.”

Barkley has played in only 15 of a possible 33 games the past two seasons due to injury. His No. 2 overall selection in the 2018 NFL Draft has been ridiculed as a poor investment by former GM Dave Gettleman and the organization.

After a dynamic rookie season, Barkley’s production hasn’t measured up to expectations, either.

But Barkley has had enough. He entered training camp in great physical shape, and he’s spent the offseason delivering strong rhetoric to his doubters.

He has consistently told people who don’t believe in him to stay on their side of the table once the table turns on Barkley’s fortunes. Last week, he publicly disputed the perception that he dances too much in the backfield.

And on the podcast this week, he spoke as strongly as ever.

“Do I feel like I’m back? I feel like I’m better,” Barkley said. “To be completely honest. I’m older now. I’m 25. I’ve been through some stuff, ups and downs. And now I’m in a situation where – you know me, I always have a mindset of always being counted out – but now it’s actually here. It’s actually real. People are really counting me out. People are trying to write me off.

“And I don’t really do it for the pleasure of others or making other people satisfied,” the running back continued. “I do it because I just want to be great. But now I have that extra motivation, the extra motivation to push me to go out there and kinda just be like you know what, shut everyone up.

Then Barkley concluded with a bang.

“‘Cause last year was more like dang, the game was taken away from me,” he said. “I’d never had a season where I didn’t go play football. Now it’s kill mindset. Now it’s like, ya know what, f—k everybody. I’m ready to go crazy, and I’m gonna let the world feel me.”